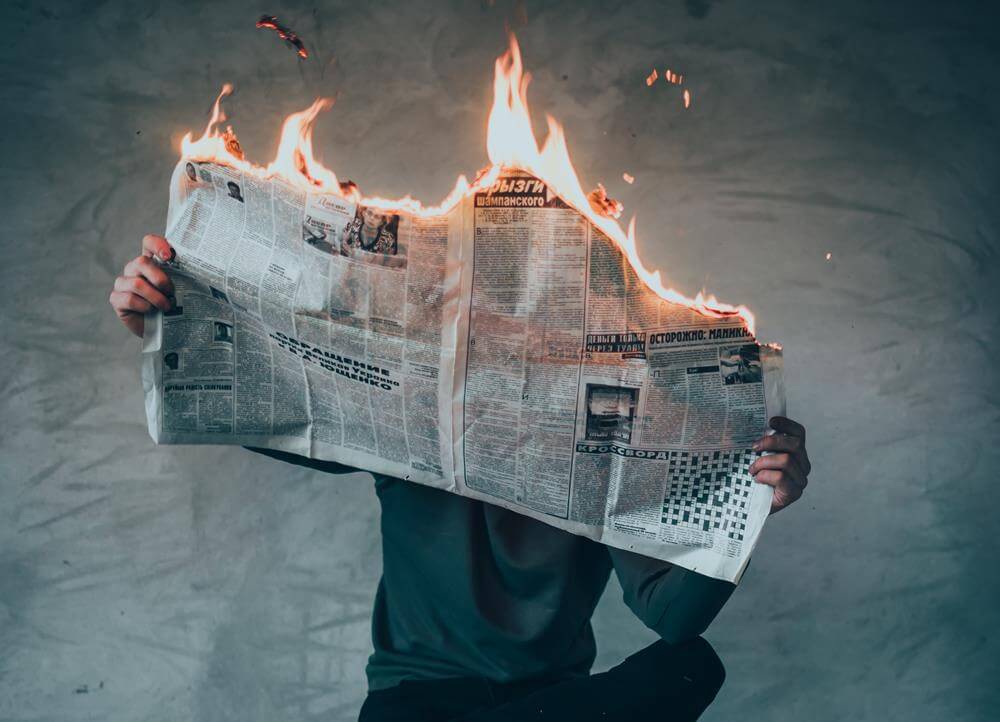 The argument from incredulity is a logical fallacy that occurs when someone concludes that since they can’t believe that something is true, then it must be false, and vice versa. For example, if someone doesn’t understand how a certain scientific theory works, they might use the argument from incredulity in order to claim that the theory must be incorrect, since they are unable to see how it could possibly be true.

Explanation of the argument from incredulity

People use arguments from incredulity to support their preferred explanation for various phenomena, simply because they feel that alternative explanations are difficult for them to believe.

In general, the argument from incredulity has two basic forms:

“I can’t imagine how X can be true; therefore, X must be false.”

“I can’t imagine how X can be false; therefore, X must be true.”

From a formal perspective, the basic structure of an argument from incredulity can be described as follows:

Premise 1: I can’t explain or imagine how proposition X can be true.

Premise 2: if a certain proposition is true, then I must be able to explain or imagine how that can be.

A similar phrasing can be used in order to argue that a certain proposition is true, in cases where the speaker can’t explain or imagine how it can be false.

When the argument of incredulity is used, premise 1 is usually stated explicitly. This premise is considered to be logically well-founded, since the speaker can truthfully state that they are unable to see how a certain proposition could be true. This is the case even if there is clear evidence that shows that that proposition is true, since this premise depends on what the speaker knows (or proclaims to know) about the topic, rather than on what other people know about it.

Premise 2, on the other hand, is usually implicit, and is always logically unfounded, since one’s ability to explain how a certain proposition could be true or false has nothing to do with whether that proposition is true or false in reality.

Keep in mind that it’s acceptable to be incredulous of something, and to bring this up as part of an argument. The issue with doing so occurs when this incredulity isn’t justified or supported by concrete information, and when this lack of belief is used in order to assume that a preferred personal explanation must be the right one, despite the lack of proof.

At the same time, it’s also important to remember that it’s possible that the person using the argument from incredulity is right, despite the fact that their reasoning is flawed.

This is because, no matter how weak a certain argument is, it can still have a truthful conclusion, even if this conclusion is based on faulty premises and invalid logic. To assume that someone must be wrong just because they used the argument from incredulity or some other logical fallacy is fallacious in itself, and it’s something that you should avoid.

Examples of the argument from incredulity

The argument from incredulity is frequently used in an attempt to discredit various scientific theories. For example:

“I can’t imagine how human beings evolved from simple, single-celled organisms; it just doesn’t make sense. There is no way that the theory of evolution is right.”

This illustrates how the use of the argument from incredulity is often based on the speaker’s misunderstanding of the topic, or on gaps in their knowledge. This means that people who use this fallacy often resort to it even when there is a perfectly valid scientific explanation available for the phenomenon being discussed.

“There is just no way that the concept of evolution is right; it just doesn’t make any sense to me. Creationism is a much better explanation of how we came to be.”

“I don’t see how vaccines can be safe for children. The only reason doctors push for vaccination is because they get paid to do it by the big pharma companies.”

As we can see in the above examples, the argument from incredulity is often mentioned in conjunction with the argument from ignorance, which is based on the faulty premise that something can be assumed to be true or false simply due to lack of evidence to the contrary.

Furthermore, note that the divine fallacy is a notable subtype of the argument from incredulity, which occurs when someone assumes that if they can’t explain a certain phenomenon using science, then it must be the work of God.

How to counter the argument from incredulity

Now that you understand the argument from incredulity, you can learn how to counter it when it’s used in a debate.

The first and most important thing that you should do is explain why this sort of reasoning is fallacious.

To do this, you need to highlight the issue with the premise of the argument from incredulity, and namely with the fact that your opponent’s inability to explain a certain phenomenon or to understand a certain theory, does not invalidate current explanations for it, and does not constitute as evidence that they can use in order to support their own theory.

Then, you can choose to shift the burden of proof back to your opponent. You can do this by asking them to support their initial assertion, and explain why they are incredulous, and why they think that this validates their position. Furthermore, if they suggest an alternative explanation for the phenomenon being discussed, you can ask them to provide evidence in support of this alternative explanation.

Finally, if possible, you should show that there is scientific evidence that can be used in order to explain the phenomenon that’s being discussed. When doing this, it’s important to avoid using complex scientific explanations, since people will often struggle to understand them, which might cause them to support their original stance even more strongly in the face of evidence that they are wrong, or to attack your viewpoint instead of admitting that they can’t understand your reasoning.

To reduce the chance that this will happen, try to use explanations that are as simple and as accessible as possible, given your intended audience.

However, remember that the burden of proof generally rests on the person using the argument from incredulity. That is, even if you can’t explain a certain phenomenon yourself, or even if science doesn’t know how to explain it yet, that doesn’t mean that your opponent’s fallacious reasoning is valid, and that doesn’t mean that their conclusion is right.

Intentional and unintentional use of the argument from incredulity

Therefore, as long as it’s constructive and reasonable to do so, you should implement the principle of charity, and assume that your opponent’s use of the argument from incredulity is unintentional, and that they will be open to changing their mind. This can be beneficial when it comes to engaging in a productive dialogue, which will make your opponent more willing to listen to what you have to say, and when it comes to showing observers that you are willing to discuss the topic in a reasonable manner.

At the same time, however, it’s important to keep in mind that people might sometimes use the argument from incredulity intentionally, even if they’re aware of the logical flaw in their argument. Furthermore, there are some cases where the person you are talking to is not going to change their mind (even if their use of fallacious reasoning is unintentional), regardless of what you say.

In such situations, it’s often preferable to simply disengage from the argument, since nothing that you say could help change the other person’s mind. However, there are situations where it’s still worth it to continue discussing the topic regardless of this issue, such as when there are other people watching the discussion, who are open to hearing what you have to say.