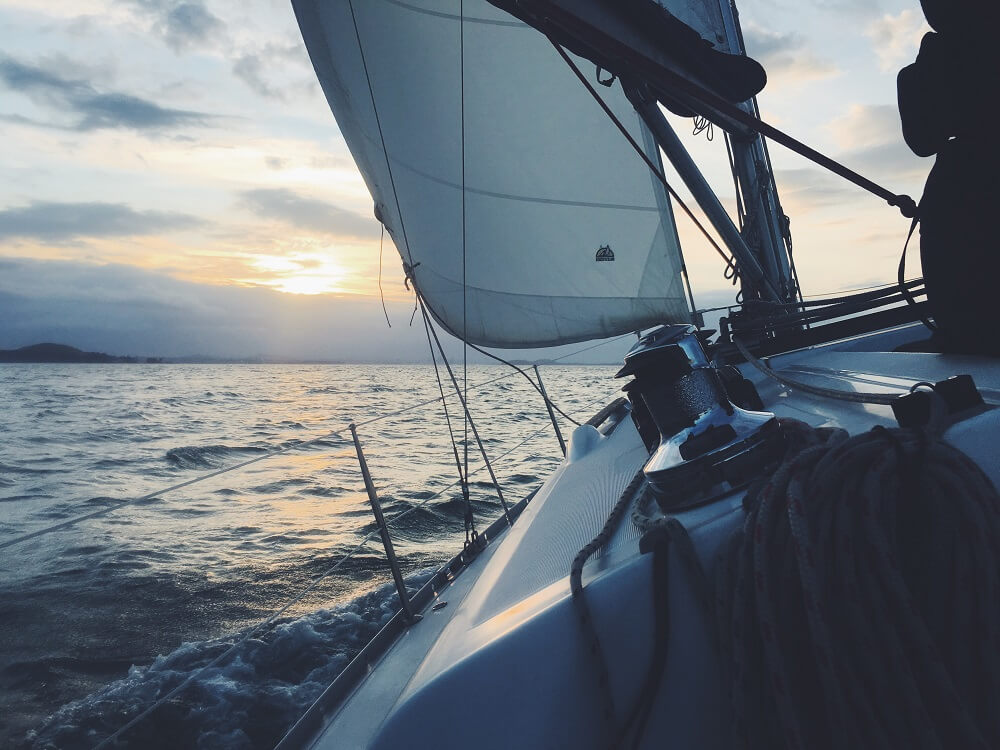 “Sailboat racing offers the chance to observe an interesting reversal of a ‘follow the leader’ strategy… The leader imitates the follower even when the follower is clearly pursuing a poor strategy. Why? Because in sailboat racing (unlike ballroom dancing) close doesn’t count; only winning matters. If you have the lead, the surest way to stay ahead is to play monkey see, monkey do.”

— From ‘The Art of Strategy: A Game Theorist’s Guide to Success in Business and Life‘

America’s Cup is a prestigious sailboat race, and one of the world’s oldest international sports competitions. In 1983, the American boat Liberty was leading 3-1 against the Australian Australia II, in a best-of-seven competition. Since they needed only one more victory in order to win the cup, it appeared that Liberty was ready to extend the US’s 131-years-long winning streak.

Just as the race started, Australia II was penalized for crossing the starting line early, which gave Liberty the lead. In an attempt to catch up, the Australian skipper decided to sail to the left side of the course, despite the fact that the wind was, at the time, more favorable on the right, in hopes that the wind would shift over time, and give him an advantage. The American skipper decided to keep his ship on the right side of the course, believing that this side would continue to offer the more favorable conditions.

Soon after this, the wind shifted in favor of the left side of the course, leading Australia II to win the race. Following this victory, Australia II went on to win two more consecutive wins, thus winning the cup and breaking the long-standing American winning streak.

What should have happened

Since each ship’s speed depends on getting good winds, the skippers both attempted to make an educated guess regarding which side of the course would have the more favorable conditions. However, while this was the smart course of action for the Australian skipper, who was the runner-up, the American skipper, who had the lead, should have simply “followed his follower”, meaning that he should have imitated the strategy of the competition that he was already beating.

Essentially, the Liberty already had the lead, if it had simply copied the strategy of the ship behind it, it would have sailed at the same rate throughout the rest of the race, thus keeping her initial advantage, and winning the race. Regardless of how sure Liberty‘s skipper was that his course was the better one, the smarter strategy in this case would have been to imitate his runner-up, which would have led to a certain victory.

Recognizing when the strategy is applicable

Follow the follower is a useful strategy, but one that can be applied effectively only in some cases. In the above scenario, there were only two ‘players’, and the only thing that mattered in the race that they were participating in was whether they won or lost. This meant that in this case, ‘follow the follower’ was a valid strategy, which could have helped Liberty win the race.

However, if the conditions were different, this strategy may have been ineffective. For example, because changing course cannot be performed immediately, if the race had more than two ships involved, then the leading ship couldn’t always adjust to match the runner-up without sacrificing her lead, meaning that the strategy wouldn’t necessarily be helpful in this scenario.

In addition, the scenario which was discussed here represents a somewhat simplified view of reality. This is because there could have been other considerations that affected the American skipper’s decision, such as:

Keep in mind that we also don’t know how confident the American skipper was in his choice of course. Specifically, it’s possible that his calculations showed a very high probability that his original course was significantly better, which given the considerations shown above could have prompted him to maintain course rather than imitate his runner-up.

While these reasons don’t negate the fact that imitating the runner-up was the correct choice from a simple perspective of game theory, they offer some possible explanations as to why the American skipper made the choice to maintain his course. If, for example, the benefits (in terms of prestige) that come from winning the race by a large gap were significant enough to be worth a small chance of losing, then his choice may have been smart after all. At the same time, it’s also entirely possible that the choice of strategy was driven by ego or lack of strategic planning, rather than by careful consideration.

Overall, this illustrates how messy reality is, which is an important lesson to remember when considering the applications of game theory in real life. There is a reason why simplified models are preferred in game theory; the more factors you add in, the more complicated the game becomes.

The sailboat example and the rationale behind this strategy come from “The Art of Strategy: A Game Theorist’s Guide to Success in Business and Life“. It’s a good read for someone looking to understand basic game theory and how it applies to real-life situations.