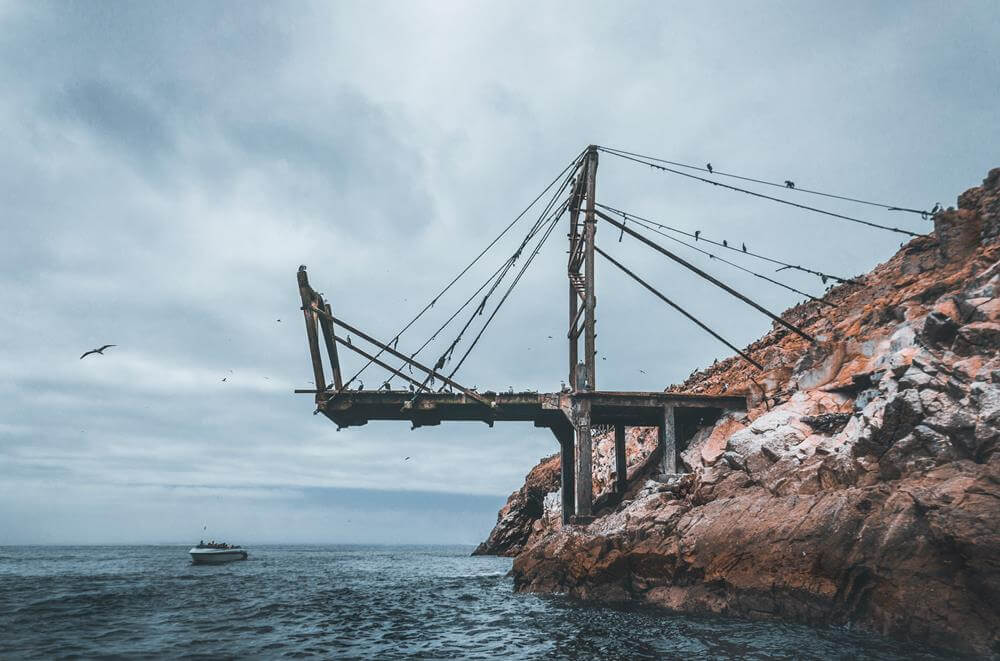 In psychology, precommitment is generally used to ensure that you’ll stay committed to an optimal course of action, despite future issues—such as distractions and temptations—that may prompt you to do otherwise. For example, if you want to avoid contacting a problematic person in the future, but know that you might be tempted to do so, then you can precommit to not contacting them by deleting their contact information from your phone and blocking them on social media.

In game theory, precommitment is generally used as a strategy to ensure your commitment to a certain course of action and make your threats appear more credible to others. For example, an advancing army can precommit to an attack by burning the bridges that would allow them to retreat (immediately after crossing them), which forces the army to keep advancing.

Precommitment can be a valuable technique to use in many areas of life. As such, in the following article you will learn more about the concept of precommitment, and understand how you can use it as effectively as possible, as well as how you can respond to its use by others where necessary.

An example of precommitment is that, if you know that you might panic and sell your stocks at a bad time, then you can log out of your trading account after changing the password to something random that you won’t remember, to ensure that you can’t log in without going through a lengthy verification process. That way, even if you panic, you won’t be able to sell your stocks for quite some time, which will give you a chance to cool down and assess the situation rationally.

Other examples of precommitment include the following:

In addition, a well-known example of precommitment appears in Greek mythology, in the story of Odysseus, whose ship had to sail past Sirens—creatures who lure sailors to their death with beautiful singing. Knowing of this danger in advance, Odysseus had his men plug their ears with wax, so they will be unable to hear the Sirens, and had himself tied firmly to the ship’s mast, so he will be able to hear the Sirens’ song without being able to go to them. Based on this example, precommitment is sometimes referred to as the Ulysses strategy (Ulysses being the Roman name for Odysseus).

Another well-known historical example of precommitment appeared during Cortés’ attack on the Aztec empire. At the beginning of the expedition, some of Cortés’ men decided to steal a ship and sail back home. After Cortés stopped the attempted mutiny, he sunk his own ships, to eliminate the option of trying to sail back home again, so that his men will stay committed to his preferred course of action.

In one episode of the show, one contestant told the other that he’s going to choose Steal, no matter what happens. This meant that the only way the other contestant could get anything is by choosing to Split, in which case the contestant who chose Steal will give him half of the money after the show was over. The precommitment here was risky, because it was possible that the other contestant will choose to Steal anyway, out of spite. However, the strategy worked in the end, since after a long argument, the second contestant agreed to choose Split, and during the reveal, it turned out that the first contestant also chose Split, so they both got paid equally.

The key benefit of precommitment, particularly in the psychological context, is that it allows you to commit to an optimal course of action in advance, if you know that in the future you might be tempted to act in a different way, due to things such as environmental influences, strong emotions, changes in mood, or changes in how you value associated outcomes.

Essentially, precommitment helps you make sure that you’ll act in a way that aligns with your values and long-term goals, even in the face of issues such as short-term temptations and impulsivity. This can help you successfully exert self-control, and consequently engage in beneficial behaviors and habits (e.g., exercising or studying) or avoid bad behaviors and habits (e.g., addiction and procrastination). Furthermore, precommitment can help you follow through on other types of behaviors, such as spending money on fun things when you know that you will save it otherwise, even though spending it will be more beneficial to you (e.g., in terms of your emotional wellbeing).

Another potential benefit of precommitment is that, from a social perspective, it can show others that you’re truly committed to a certain course of action. This can have various benefits, such as convincing others to support you directly or give you access to resources that you need.

In addition, the social benefits of precommitment are particularly important in the context of game theory. For example, when an army burns bridges behind them while advancing, this can motivate the troops of the invading army and ensure cooperation between them, because they know that retreat is not an option. Furthermore, this can also demotivate the troops of the defending army, because it shows them that the invaders are fully committed to the attack. In more everyday situations (e.g., business and workplace negotiations), this can be beneficial in making your threats appear more credible, such as when bargaining with someone, for example if you can precommit to walking away from the negotiation unless they meet your demands.

In summary, precommitment has many potential benefits, depending on factors such as the context in which it’s used. These benefits include ensuring that you act in accordance with your goals, especially in the face of issues such as temptations, and showing others that you’re committed to a course of action, which can, for example, encourage them to support you, or convince them that your threats are credible.

There are several caveats about precommitment that are important to keep in mind when choosing whether and how to use this technique.

First, it’s possible to precommit to the wrong course of action. For example, this can happen when you precommit to some decision early on, and then discover—too late—that a potential course of action that you eliminated through precommitment would have been better for you in the long term.

Second, even when you precommit to the optimal course of action, you might still achieve negative outcomes. For example, this can happen when you precommit to a position in a negotiation, and the other person ends up declining your offer because another party—that you couldn’t have known about—is willing to offer a better alternative.

Third, precommitment can sometimes fail for various reasons. For example, this can happen if you make it hard—but not impossible—to engage in a problematic habit (e.g., an addiction), and then end up engaging in that habit because the temptation to do so was too strong for you. This is especially problematic if the precommitment makes you overly confident, which in turn leads you to take unnecessary risks that make you fail to stick with your commitment.

In addition, precommitment can also have various direct downsides. For example, it reduces your ability to respond in a flexible manner as you encounter new information. Furthermore, it can lead to various social issues, such as escalation of conflict among parties involves in a negotiation, in a way that’s detrimental to all participants, an issue that’s associated with the concept of brinkmanship.

Accordingly, precommitment isn’t always the best technique to use. For example, when it comes to negotiations and strategic situations, it may be preferable to leave all the relevant options open to yourself, instead of precommitting yourself to a limited set of options early on.

Precommitment devices can take many forms, such as verbal statements, signed contracts, and physical actions, and different precommitment devices have different advantages and disadvantages. For example, a verbal statement might be more convenient to use than a signed contract, but also less likely to keep you committed to your preferred course of action.

How to use precommitment

To use precommitment effectively, you should first understand how this technique works, what potential benefits it offers, and what are the caveats about it.

Then, you ask yourself what are your goals for using precommitment, and where, when, and how you can use it most effectively. When doing this, you should consider not only how precommitment can help you achieve your goals, but also associated factors, such as how risky it is to use it, and what are the costs of using it, in terms of resources such as time, effort, and money.

How to respond to precommitment

If someone uses precommitment as a strategy against you, for example during a negotiation, you should first assess the nature of their precommitment, including factors such as:

Once you understand their precommitment, you can choose the optimal way to respond, based on the options available to you and what you hope to achieve yourself. For example, you might decide to escalate the situation by precommitting yourself, if you think that your own commitment will give you a stronger position than theirs, by giving in to their demands, if you think that doing so is more beneficial than not, or by calling out their bluff, if you don’t think they’re truly committed.

In situations such as negotiations, you can sometimes bluff about your precommitment to a certain course of action, by pretending that you’re precommited to it when that’s not actually the case, or by exaggerating how precommitted you are.

Your response can depend on various factors, such as the context in which they’re bluffing and how sure you are that they’re doing so. For example, if you’re sure that someone is bluffing about their precommitment to get you to give them resources that they’ll likely waste, your response might be different than if think that someone might be bluffing in order to get you to agree to bad terms in a negotiation.

The concept of precommitment is discussed, together with other relevant strategies, in “The Art of Strategy: A Game Theorist’s Guide to Success in Business and Life“. It’s a good read for someone looking to understand basic game theory and how it applies to real-life situations.