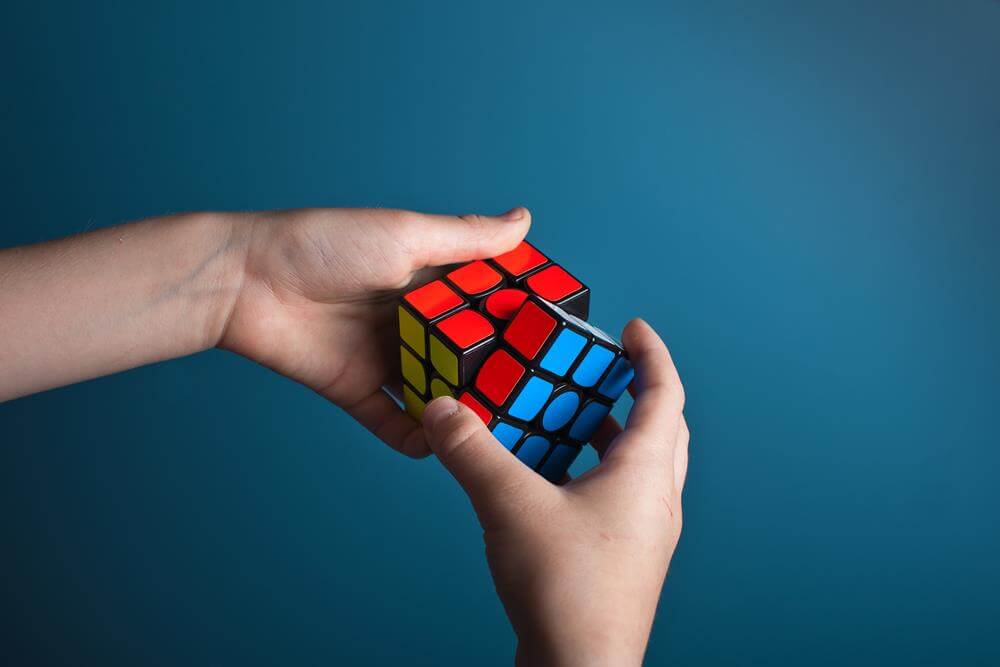 Roughly speaking, this means that the homo economicus can be seen as someone who only cares about maximizing things such as profit, and who is able to make decisions that allow them to pursue this goal in an optimal manner.

For example, if the homo economicus model was used to predict a person’s behavior in a supermarket, it would predict that they know everything there is to know about every single product at the store, and that they’re able to use that information in order to pick the optimal collection of products needed in order to satisfy their basic needs.

The homo economicus model plays a role in many theories, particularly within the field of economics, but sometimes also outside of it. Because of this, and because of the many issues associated with this model, it’s important to understand it.

As such, in the following article you will learn more about the concept of the homo economicus, see why it’s criticized, explore alternative models of human decision-making, and learn how you can use this knowledge in practice.

The defining traits of the homo economicus

Based on these traits, an example of the homo economicus is an investor who cares only about maximizing the profit that they derive from their investments, and who is able to achieve this goal in a the most optimal manner possible, by taking into account all the information that exists on the topic, and processing it in perfectly rational manner, without being influenced by any biases or limitations.

Criticisms of the homo economicus

The history of the homo economicus

The term ‘homo economicus’ originated in the late 19th century, when it was used to criticize the economic theories of John Stuart Mill, who is said to have created the underlying concept behind it.

Specifically, according to the Oxford English Dictionary, the earliest use of the term in writing appears in Charles Stanton Devas’s 1883 book ‘The Groundwork of Economics’, where he states that “Mill has only examined the homo oeconomicus, or dollar-hunting animal”.

A similar use of the equivalent term in English appeared shortly after, in John Kell Ingram’s 1888 book ‘A History of Political Economy’, where Ingram attacked Mill’s theories by saying that they “dealt not with real but with imaginary men — ‘economic men’ who were conceived as simply ‘money-making animals’”.

Since then, the concept of the homo economicus has seen widespread usage in various economic models. It has also been widely criticized for various reasons, and namely because it fails to adequately capture human behavior, since it generally ignores concepts such as altruism and ethical values, as well as the influence of social interactions.

Today, the term ‘homo economicus’ is often used to criticize economic theories that rely on it. However, the concept itself is still frequently used in research and pedagogy, primarily in order to simplify the economic and psychological models being used. In such cases, the limitations of the homo economicus model are sometimes mentioned explicitly, but this is not always the case.

Note: the criticisms of the homo economicus don’t mean that this conceptualization of decision-makers is entirely invalid, and certain entities, whether they’re individuals or groups, sometimes act in a way that is compatible with this model, to some degree. As such, problems with the homo economicus model occur when its limitations are neglected in a way that invalidates the theories that rely on it. This can happen, for example, when someone theory relies on the idea that human beings always make decisions in a perfectly rational manner.

The homo economicus and behavioral economics

“If you look at economics textbooks, you will learn that homo economicus can think like Albert Einstein, store as much memory as IBM’s Big Blue, and exercise the willpower of Mahatma Gandhi. Really. But the folks that we know are not like that. Real people have trouble with long division if they don’t have a calculator, sometimes forget their spouse’s birthday, and have a hangover on New Year’s Day. They are not homo economicus; they are homo sapiens.”

— From “Nudge: Improving Decisions About Health, Wealth, and Happiness“, by Richard Thaler and Cass Sunstein

The idea that the homo economicus model accurately reflects human behavior has been disproven through numerous studies in the field of behavioral economics, which examines how individuals and groups make decisions.

For example, studies have shown that humans engage in reciprocal behavior, even when that behavior is not driven by self-interest. This means that a person might reward someone for positive behavior or punish them for negative behavior, even if it isn’t in their best interest to do so, which contradicts the behavior expected of a homo economicus.

Another issue with the homo economicus model is that humans have been shown to have bounded rationality, which means that our ability to make decisions is constrained by the limitations of our cognitive system. Accordingly, we often make irrational and suboptimal decisions as a result of various cognitive biases, which are systematic flaws in the way we process information and make decisions.

An example of one such bias is the ostrich effect, which is a cognitive bias that causes people to avoid situations where they might encounter information that they find unpleasant, even if encountering that information could benefit them. For instance, the ostrich effect could cause someone to avoid checking up on a financial investment that they made, because they are afraid of hearing bad news, even if hearing those news could help them make an informed decision and therefore minimize their losses.

It’s important to keep in mind that having a biased form of thinking is not always a negative thing; rather, relying on mental shortcuts and biases can lead to relatively positive outcomes, in some cases, such as when there is uncertainty involved or when a person needs to make a decision as quickly as possible. However, the fact that people display cognitive biases and flaws in their rationality nevertheless serves as evidence against the concept of the homo economicus.

Historical note: though criticisms of the homo-economicus date back to the 18th century, as shown above, the field of behavioral economics and the concept of cognitive biases was brought into prominence by researchers Daniel Kahneman and Amos Tversky, in a series of papers on the topic, published in the early 1970s.

As we saw above, there are many criticisms of the homo economicus models, and new research in the fields of behavioral economics and psychology is continuously discovering new findings that contradict it.

Accordingly, over time, several alternative models of human cognition and decision-making have been proposed, which differ from the homo economicus model in various ways. Among these models are the following:

Keep in mind that these models are not necessarily mutually exclusive, and should, for the most part, be viewed as dealing with different aspects of human behavior. This means, for example, that a person might act like a homo economicus in one situation, and as a homo heuristicus in another, or that they might act as a mix of the homo reciprocans and the homo sociologicus at the same time.

Note: in some cases, the terms ‘homo psychologicus’ or ‘homo sapiens’ are used as more generic terms to refer to models which portray people as imperfect decision-makers, in contrast with the homo economicus model.

Practical implications of the homo economicus

It’s important to understand the concept of the homo economicus, because people often base their theories or strategies on the assumption that this model accurately predicts human behavior, which can lead to a variety of issues.

Specifically, in the sections above, we saw what the homo economicus model is and why it’s flawed. When it comes to implementing this knowledge in practice, you should use it in two main situations:

An important thing to keep in mind is that even though the homo economicus model is certainly flawed, that doesn’t mean that people never act in a way that is in line with this model. Furthermore, there are certain advanced markets, where people or groups can be reasonably expected to act in a way that is generally in line with how you would expect them to act under the homo economicus model.

Moreover, in some cases, people can be pushed to act in a way that is more in line with the homo economicus model than their normal. For example, this can happen if you use debiasing techniques in order to mitigate the influence of cognitive biases that people experience.

As such, while it’s important to keep the flaws and limitations of the homo economicus model in mind, it’s also important to remember that these flaws and limitations don’t invalidate it entirely. This means that while people’s behavior likely won’t reflect the homo economicus model perfectly, it might reflect it to some degree, and the degree to which this happens will vary in different situations.