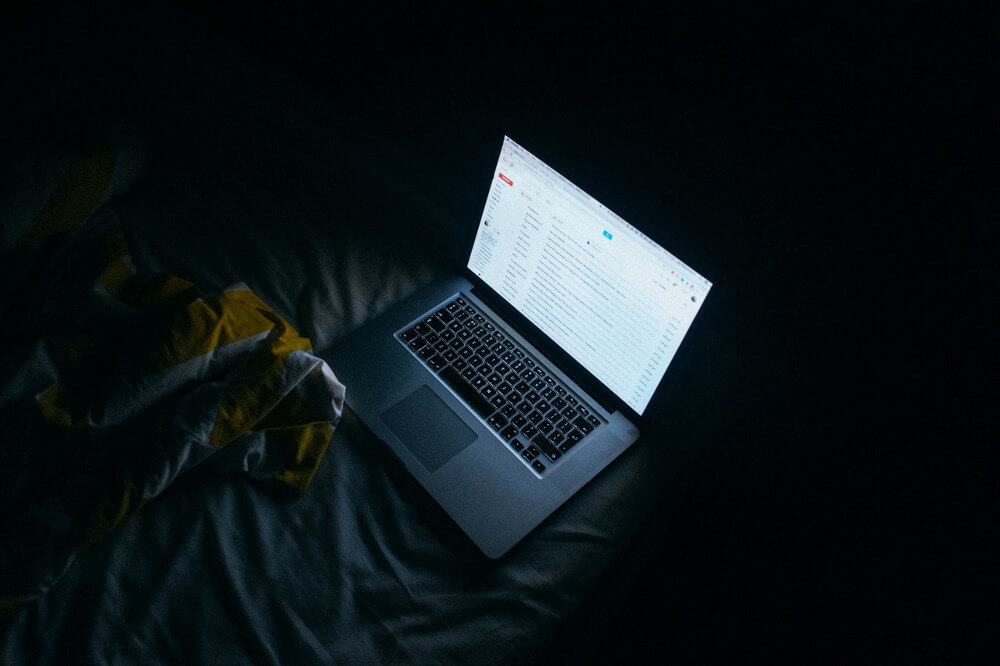 In today’s world, late-night exposure to bright lights is one of the most common issues affecting sleep quality, a fact which is often attributed to the widespread use of light-emitting screens. Basically, when you check your phone or laptop while lying bed, you’re making it more difficult for yourself to fall asleep, while also reducing your overall sleep quality.

In the following article, you will learn more about why blue light is so detrimental to your sleep, and about what you can do to minimize its impact and improve your sleep quality.

Blue light around the 450-470 nm range has been found to negatively impact sleep quality, by acting as a signal for melatonin suppression. Since melatonin is a hormone which the body secretes in preparation for sleep, its suppression interferes with your internal biological clock by disrupting your circadian rhythm, which causes you to stay awake even if you would otherwise prefer to sleep.

Reducing the amount of blue light that screens emit is relatively simple, and doesn’t require much effort on your part. You can do it either by tweaking the settings on your devices (if there is a built-in function), or by using an app that allows you to filter out blue light.

This is easy to do, and will significantly improve your sleep quality, by blocking out a lot of the blue light that you are exposed to late at night. In addition, an added bonus of filtering out blue light from your screens is that you might also benefit from having less eye strain if you tend to look at your screens in a relatively dark environment.

Reducing blue-light exposure from other sources

In addition to screens, blue light is emitted by other sources, most notably fluorescent light bulbs and LED lights. Unfortunately, the light coming from these sources can’t be easily filtered via an app. There are, however, some methods for reducing your exposure to blue light from such sources:

The last two points are applicable in general, even if the light source isn’t blue (e.g. incandescent light bulbs). Essentially, the closer you are in time to the point where you go to sleep, the less light you want to be exposed to. Accordingly, if you must be exposed to light before bedtime, try to dim it as much as possible, while also filtering out the blue light that it emits, by using a red-colored cover.