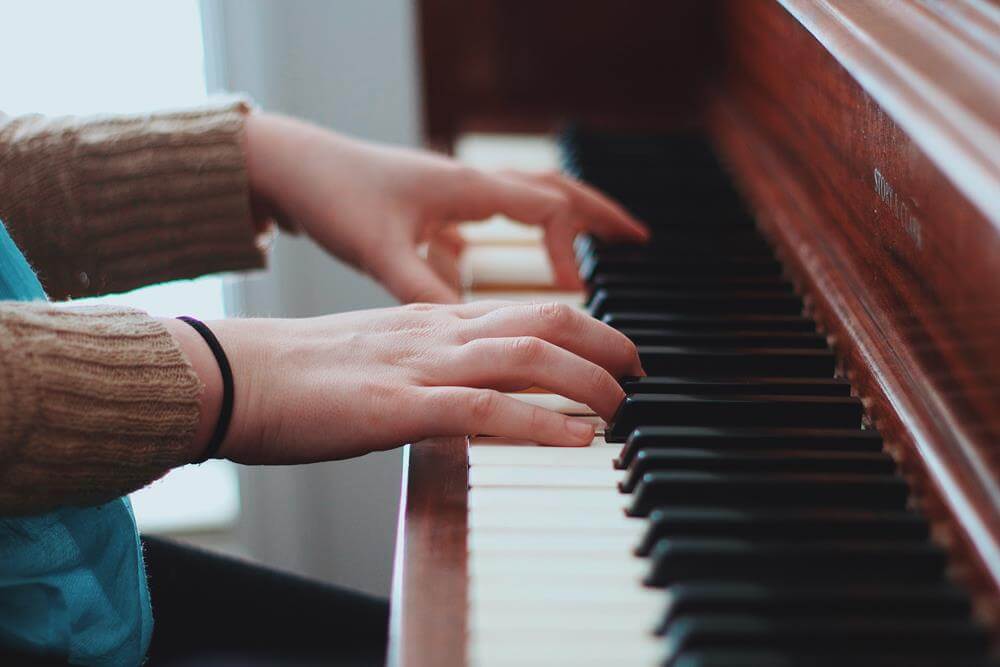 Mental practice (or motor imagery) involves visualizing actions, to improve your ability to perform them. For example, to learn how to perform moves in your favorite sport, you can rehearse these moves by visualizing yourself performing them.

Mental practice can be a beneficial technique to use in various domains, so it’s worthwhile to learn about it. As such, in the following article you will learn more about mental practice, understand how it works, and see how you can use it in practice.

An example of mental practice in sports is that you can visualize moves that you’re learning (e.g., a specific type of ball throw), which can improve your ability to perform those moves. This can apply to many sports, such as basketball, golf, and dancing.

Furthermore, you can also use mental practice to improve your performance in various other domains. For example, mental practice can help musicians (e.g., pianists) learn how to play new musical pieces, and can help medical professionals (e.g., surgeons) improve their ability to perform medical procedures.

In addition, mental practice can also be relevant for other types of actions. For example, you can use mental practice by visualizing how you will act when giving a talk (e.g., a public speech or a workplace presentation), how you will behave during an important social meeting (e.g., a negotiation or a date), or how you will remain calm in a stressful situation (e.g., taking a test or interviewing for a job).

Finally, mental practice can also be useful in a range of other contexts. For example, it can help patients who are recovering from a stroke regain mobility in limbs that they lost control of, and it can help reduce strength loss in people whose limb is immobilized due to an injury.

Another important benefit of mental practice is that it can increase people’s confidence in their ability to perform the actions that they practice. It can do this not only by improving their abilities directly, but also in other ways, such as helping make otherwise unfamiliar situations feel less scary, through visualized exposure to them.

These benefits are often interrelated. For example, when mental practice helps people prepare for potential obstacles, this can help them improve their skills, which in turn can also increase their confidence in their abilities.

While going through the motions in your head isn’t the same thing as performing them in reality, there is a lot of cognitive similarity in terms of how your brain interprets the two forms of practice.

Essentially, even though your brain knows that you’re only visualizing the action in your head rather than performing it in reality, it interprets the mental actions in a way that is similar (but not identical) to the way it would have interpreted them if you had performed them in reality.

A lot of the evidence on this comes from studies on the neurological functions of musicians. For example, one fMRI study of music-academy students who play the piano showed that there is significant activation in related areas in the brain during both music performance as well as during mental visualization of that performance. However, certain key areas related to motor execution are activated only during actual performance, and not during mental practice. Similarly, another fMRI study, which examined amateur and professional violinists, also showed that brain activations were similar, but not identical, during actual performance of music and during mental practice of that performance.

How to use mental practice

Odds are that you already used mental practice in various forms throughout your life. Doing it is pretty intuitive: any time you go through the motions of a necessary action in your head, you’re mentally practicing that skill, even if you aren’t doing this with a conscious intention to learn and improve.

However, you can get better results from choosing to integrate mental practice into your training in a more purposeful way. That is, instead of using it inconsistently, try to dedicate time specifically to utilizing this technique, just as you would dedicate time to regular practice.

For example, if you train in your favorite sport 3 times a week, you could decide to take 10 minutes on days when you don’t train, and visualize the movements that you learned on the days when you do your main training.

You can also conduct some mental practice right before the real performance, in order to envision the specific actions that you will perform. Doing this can help you prepare yourself mentally before the main event, and can also help you calm your nerves and relieve your anxiety.

When deciding when to use mental practice, it’s important to keep in mind that this form of practice is intended to complement actual performance, and cannot replace it entirely.

Therefore, the best thing to do is to take advantage of mental practice during times when you could not otherwise practice. For example, you could engage in mental practice when you are injured, and therefore can’t perform the physical action, which can also help reduce the loss of your physical capabilities (e.g., strength).

Mental practice can also help you train during “dead times” when you couldn’t otherwise do anything productive. This refers to time spent on activities such as riding the bus or waiting in line at the store. Instead of letting that time go to waste, you can now put it to good use, since you don’t need anything to conduct this type of practice, aside from your own mind.

You can also go through mental practice as you’re lying in bed trying to fall asleep. This is especially helpful if you tend to take a long time to fall asleep, and if doing so helps you unwind and prepare yourself for sleep. However, if you see that mentally practicing at this time ends up making it harder for you to fall asleep, you should avoid it.

Overall, there are a variety of ways in which you can integrate mental practice into your routine, in order to improve your performance. This form of practice should complement your main practice, and can be especially beneficial to implement during times when you couldn’t otherwise practice.

The effects of experience

A review paper on the topic showed that in comparison with novices, experienced people tend to benefit more from mentally practicing their skills, and this effect is most notable when it comes to practicing physical tasks.

The researchers who conducted the study suggest that this occurs because novices are often not familiar enough with the task that they want to practice in order to construct an accurate mental representation of it, an idea supported by other research on the topic.

This doesn’t mean that you shouldn’t try using visualization techniques as a beginner, but it does mean that you should be wary and make sure that you’re familiar enough with the skill that you want to practice in order to visualize it properly. Most importantly, make sure that you’re going through the correct motions in your head, in order to avoid instilling bad habits, just as you would with regular, physical practice.

In addition, if you’re a beginner and you find that mental practice isn’t helping you, this could be the reason why. If you suspect that this is the issue, consider waiting with mental-practice techniques for a while, and coming back to them when you’re a bit more experienced.