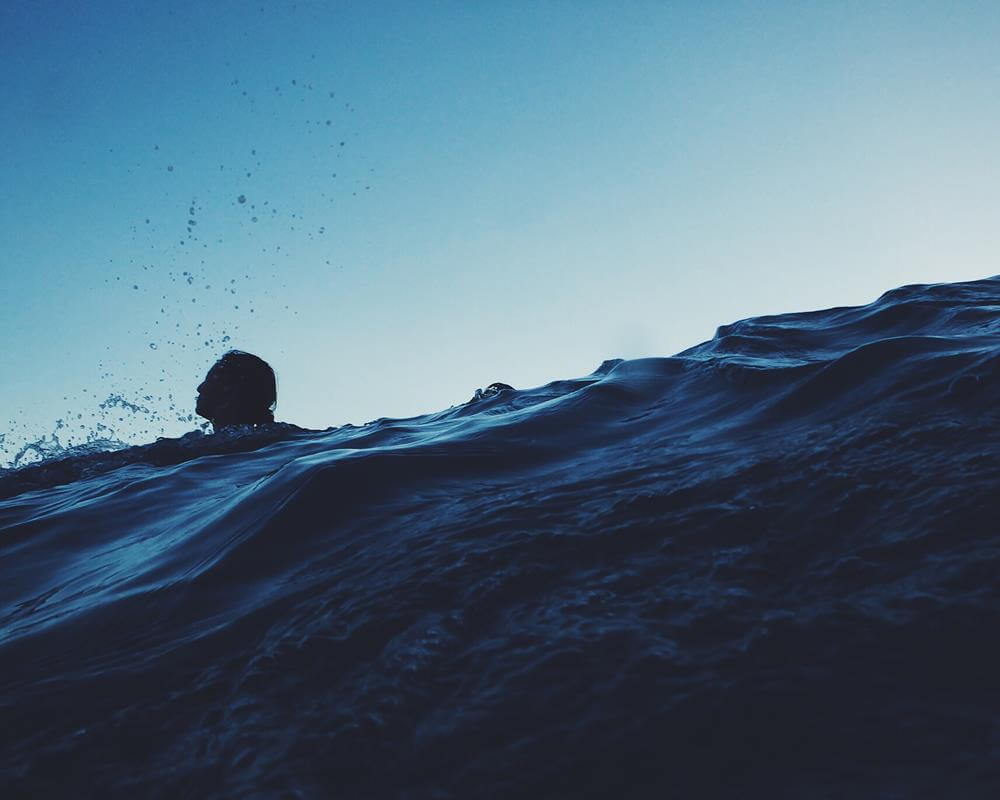 Learned helplessness is a state of mind where someone believes that they are unable to act effectively, especially when it comes to avoiding negative outcomes, following their past experiences.

For example, if a student tries hard at school but keeps failing, they can develop learned helplessness and decide to give up on their studies, because they feel that they will never be able to succeed, regardless of how much effort they put in.

Learned helplessness is a powerful phenomenon, with serious negative consequences when it comes to domains such as personal growth, mental health, and even physical wellbeing. Furthermore, these consequences are often apparent not only in the short-term, but also long after people have left the environment that caused them to develop learned helplessness in the first place.

Because of this, it’s important to understand this phenomenon, and to know how to deal with it. As such, in the following article you will learn more about learned helplessness, understand how and why people acquire it, and see what you can do in order to deal with it effectively.

Example of learned helplessness in animals

In one of these studies, psychologists placed individual dogs inside a rubber harness. At random intervals, the dogs received an electric shock to their hind legs. One group of dogs could stop the shocks by pressing their heads against a nearby panel, while the other group could do nothing to stop the shocks, and had to wait in pain until the shocks stopped on their own.

Later, these two groups of dogs were placed inside a shuttle box, which is a cage composed of two compartments that are partially separated by a low barrier. Once the lights in the box went off, the floor of the cage became electrified, and discharged a consistent and painful electric shock upon contact. If the dog reacted to this shock by jumping over the low barrier into the other compartment, then the shock immediately stopped.

The two groups of dogs reacted differently to this painful mechanism:

Note: as you can see, animal experiments on learned helplessness could be cruel, and the theory and methodology behind them formed the foundation of some contentious animal-training methods, and inspired various torture techniques. These experiments are mentioned here because they are crucial to our understanding of learned helplessness, and because to hide them would be to deny that they ever happened.

Examples of learned helplessness in humans

There are many examples of how learned helplessness can affect people in natural settings. For example:

Overall, these examples illustrate how people can develop learned helplessness in their everyday life.

How learned helplessness is acquired

In a review paper summarizing fifty years of research on the topic, two of the leading researchers in the field—Martin Seligman and Steven Maier—who conducted the premier experiments on the topic, describe, as follows, the mechanisms that were originally assumed to lead to learned helplessness, in the context of animal experiments:

Essentially, based on this theory, when individuals realize that they cannot control the situation that they’re in, they later expect to be unable to control similar situations too.

“Passivity in response to shock is not learned. It is the default, unlearned response to prolonged aversive events and it is mediated by the serotonergic activity of the dorsal raphe nucleus, which in turn inhibits escape. This passivity can be overcome by learning control, with the activity of the medial prefrontal cortex, which subserves the detection of control leading to the automatic inhibition of the dorsal raphe nucleus. So animals learn that they can control aversive events, but the passive failure to learn to escape is an unlearned reaction to prolonged aversive stimulation.”

Accordingly, they suggest the following mechanism for the acquisition of learned helplessness:

“At the psychological level, there are several other loose ends. As a general statement, neural processes in the prefrontal cortex become narrowed by stress (Arnsten, 2015). Thus, the fact that in an aversive situation the brain seems to detect control as the active ingredient rather than a lack of control, does not mean that the brain cannot detect lack of control in other types of circumstances, such as uncontrollable food or unsolvable cognitive problems, or even loud noise.

That is, the findings that we have reviewed do not imply that the brain does not have circuitry to detect noncontingency between events that include actions and outcomes. Rather, it may be that this processing can occur, but is not deployed in situations that are highly aversive such as the original helplessness experiments. So it is important to distinguish between what the brain does under a given set of conditions, and what the brain is capable of under different conditions. This possibility is in need of further research.”

The complexity of this phenomenon is supported via other research on the topic, such as research showing that learned helplessness can be acquired vicariously, by viewing someone else’s experiences, even if you did not have those experiences yourself.

Overall, the mechanisms behind learned helplessness are the subject of much research.

When focusing on learned helplessness as it’s acquired in the context of the initial experiments on the topic, and particularly on situations where animals were exposed to shock that they cannot control, the original theory was that animals who experience uncontrollable situations detect that uncontrollability, and expect it in future situations.

A newer theory, that is based on the neuroscientific research on the topic, suggests that passivity in response to shock is the default, unlearned behavior, and that animals can learn to overcome it by detecting the response of controllability.

When considering the concept of learned helplessness, it can help to understand the difference between two types of helplessness:

The negative impact of learned helplessness

In addition, research on the topic found a strong link between learned helplessness and various mental health problems, and especially depression. This is the case both in humans and in animals, where learned helplessness promotes various fearful and anxious behaviors, that are associated with mental disorders.

Notably, as one review paper points out, learned helplessness experiments lead to symptoms—in both humans and animals—that are characteristic of depression, such as:

How to overcome learned helplessness

Focus on what you can control

For example, if you’re a student struggling at school, you generally won’t be able to control things such as what material you need to study and how good your teachers are. What you can control, however, are things such as how much attention you pay in class, how much effort you put into studying, and whether you actively seek help for issues that you encounter, such as difficulty in concentrating.

— From “Learned Optimism: How to Change Your Mind and Your Life“, by renowned psychologist Martin E. P. Seligman

A notable reason why this happens is people’s attributional style (also referred to as explanatory style), which in this case refers primarily to how they interpret adverse events. There are three key patterns of thinking, which are common in people with a pessimistic explanatory style, and which increase the likelihood of developing learned helplessness:

These three patterns of thinking are based on the three domains that are used in order to categorize people’s attributional style. Specifically, these domains include internality/externality, globality/specificity, and stability/instability, and they all determine how people perceive various events in their life:

As such, having a pessimistic outlook means that you generally view negative events with an attribution that is internal, global, and stable, which promotes learned helplessness, and which leads to other issues, such as worse academic performance and worse physical health. Conversely, an optimistic outlook involves viewing negative events with an attribution that is external, specific, and unstable, which can help you cope with those events in a more adaptive manner.

However, when implementing this reframing technique, it’s important to stay realistic, and properly aware of the situation.

For example, if a certain negative outcome was truly your fault, you generally shouldn’t try to externalize it, since doing so can prevent you from learning from your mistakes.

Furthermore, it’s likely that you will experience some negative events that will have a significant, long-lasting effect on various areas of your life. Modifying your attributional style isn’t about ignoring these cases. Rather, it’s about developing a realistic viewpoint in situations where you tend to be overly pessimistic, since this unnecessary pessimism has a negative impact on your wellbeing and personal development.

Overall, one way to help yourself avoid, reduce, or overcome learned helplessness is to change the way you view events, so that you do not look at negative outcomes as something personal, pervasive, and permanent, unless there is a good reason to do so. One way to frame a negative event in a relatively positive manner is the following statement:

“I understand that bad things can happen to me sometimes. However, it’s not necessarily because of something that I did wrong, and even if it is, I can learn from the experience, so that I can do the right thing in the future. Furthermore, a few negative events don’t necessarily mean that everything in my life is going wrong, and it also doesn’t mean that things won’t get better in the future.”

Another tool that you can use to deal with learned helplessness is positive reinforcement, which can help you in various ways.

This worked even though the description was relatively generic, and simply listed various positive characteristics (i.e. “this person is interested in people and is ready to help them when needed. He is able to express concern and respect for others. He is also sensitive, thoughtful, and flexible enough to establish good rapport with others.”).

In addition, retroactively evaluating past negative events can also help you cope with situations where you experienced helplessness. This involves looking back at past events, and evaluating them in a way that provides you with positive reinforcement.

For example, you can frame your past actions in a positive way, by highlighting the fact that the choices that you made were logical given the information that you had at the time. Alternatively, you can frame the outcome of the event itself in a positive way, by emphasizing the fact that you learned how to do things better based on that experience, even if the experience itself was negative.

The methods described in this article might be able to help you reduce or overcome learned helplessness in some cases. However, there are limitations to what you can accomplish yourself, and these techniques won’t be sufficient in all cases.

As such, if you think that you might benefit from help, and especially if you experience learned helplessness that is severe or chronic, consider seeking professional help, who will be able to help you using cognitive behavioral therapy or other relevant types of treatment.