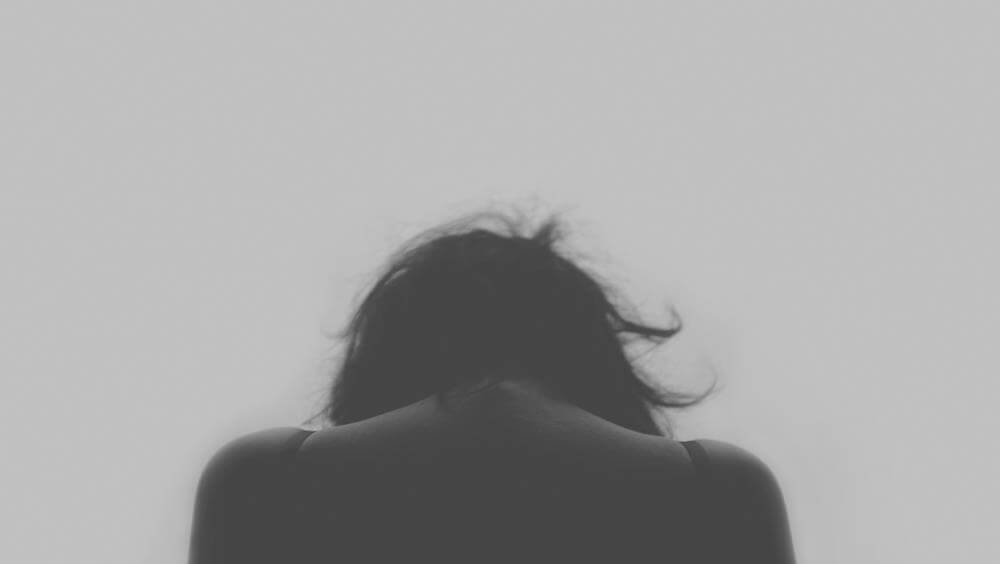 For example, the pessimism bias could cause someone to believe that they’re going to fail an exam, even though they’re well-prepared and are likely to get a good grade.

The pessimism bias can distort people’s thinking, including your own, in a way that leads to irrational decision-making, as well as to various issues with your mental health and emotional wellbeing. As such, in the following article you will learn more about the pessimism bias, and see what you can do to account for it effectively.

Examples of the pessimism bias

Finally, there are also many examples of the pessimism bias in the animal world. For example:

The dangers of pessimism

“The defining characteristic of pessimists is that they tend to believe bad events will last a long time, will undermine everything they do, and are their own fault. The optimists, who are confronted with the same hard knocks of this world, think about misfortune in the opposite way…

These two habits of thinking about causes have consequences. Literally hundreds of studies show that pessimists give up more easily and get depressed more often. These experiments also show that optimists do much better in school and college, at work and on the playing field…”

— From “Learned Optimism: How to Change Your Mind and Your Life“, by psychologist Martin E. P. Seligman

Pessimistic thinking can lead to a variety of issues, such as the following:

As such, a pessimistic outlook is associated with various issues, including an increased prevalence of health problems and a difficulty in adjusting to new situations. Furthermore, there is sometimes a general social stigma against pessimism, which can cause pessimistic people to feel rejected by others.

The pessimism bias and depression

As such, pessimism is considered to be one of the key symptoms of depression, and there is a strong correlation between pessimism and other depressive symptoms, such as sadness, hopelessness, and feelings of helplessness. This could be attributed, among other things, to the fact that the areas of the brain that mediate feelings of optimism tend to show irregular activity in depressed individuals.

The potential benefits of pessimism

“In most circumstances, optimism appears to be the best strategy, because it allows individuals to acquire resources to pursue goals, be persistent, and be open to opportunities (if they are realistically available). Optimism fosters confidence in oneself and in the belief that one can succeed.

When danger is near, however, temporary (realistic) pessimism may be more beneficial, as all thoughts and actions will be directed toward addressing the threat at hand.

Pessimism may also be adaptive when it becomes clear that one will not achieve a desired goal in the near future (and it is the realistic outlook on the future), as it may prevent disappointment.

The most adaptive outlook therefore seems to be mostly optimistic, tempered with small doses of realistic pessimism when needed… The key appears to be able to shift between optimism and pessimism, rather than being locked into constant pessimism, or rigid optimism.”

— From “Seeing the glass half full: A review of the causes and consequences of optimism” (Forgeard & Seligman, 2012)

Though pessimism is associated with a variety of issues, as we saw earlier, there are also situations where a pessimistic viewpoint can be beneficial.

For example, research shows that the use of pessimism as a defensive strategy can help people perform better on various decision-making tasks. This is because pessimistic thinking encourages people to set realistic expectations for themselves, while also encouraging them to prepare for possible difficulties that they might encounter in the future.

This beneficial effect is especially pronounced in situations that are perceived as risky. This is because, in situations where there is a high likelihood of a negative outcome, preemptive pessimism can help you prepare for those negative outcomes in advance, whereas being optimistic could mean that people end up being caught unprepared.

This form of positive pessimism is therefore often used as a tool that promotes thinking through future events and preparing for them accordingly, in a way that helps you feel empowered to deal with the future, rather than anxious or helpless.

In addition, pessimism can also serve as a helpful coping mechanism, in two main ways:

Overall, though pessimism is associated with various issues, and can therefore be problematic in many situations, it can also be beneficial in certain cases, and particularly when it is used as a tool that prompts preparation or as a coping mechanism. This means that while you will likely want to avoid the pessimism bias in many situations, there will likely also be cases where you can use it to your advantage.

Note: positive pessimism is generally contrasted with negative pessimism, which leads to negative outcomes and involves things such as increased hopelessness and anxiety.

Caveats about the pessimism bias

First, it’s important to note that there’s no single clear definition for this bias that is used across all discussions—both scientific and otherwise. In general, this term is primarily used to refer to cases where people overestimate the likelihood of bad future outcomes, and particularly to outcomes that they themself will experience. However, it can be used to refer to other types of irrationally pessimistic views, such as the tendency to be pessimistic about your coping abilities in general.

Second, as with many similar psychological phenomena, there is significant variability in terms of how people experience the pessimism bias, meaning that different people will experience this bias to different degrees in different situations. This variability is affected by various factors, such as what culture a person comes from; for example, research suggests that there is a significant difference between European Americans and Japanese peoples when it comes to displaying the pessimism bias.

Note: another mindset that’s often discussed alongside pessimism and optimism is realism, which involves perceiving things as they truly are, rather than pessimistically or optimistically.

Accounting for the pessimism bias

How to deal with the pessimism bias

“Pessimism has a role to play, both in society at large and in our own lives; we must have the courage to endure pessimism when its perspective is valuable. What we want is not blind optimism but flexible optimism—optimism with its eyes open. We must be able to use pessimism’s keen sense of reality when we need it, but without having to dwell in its dark shadows.”

— From “Learned Optimism: How to Change Your Mind and Your Life“

For example, consider a situation where you have an important exam coming up in a few days. Even if you’ve done well so far in the course, the pessimism bias might cause you to assume that you’re going to do badly on the exam. In practice, there are two ways in which this pessimism can affect the way you prepare for the exam:

Based on this, in situations where you experience the pessimism bias, or suspect that you might be experiencing it, there are two main things that you can do:

In some cases, you might want to use a combination of these approaches, and first reduce the degree to which you experience pessimism, before moving to channel the remaining pessimism in a positive manner.

In addition, note that in many cases, channeling the pessimism in a positive manner can help reduce the degree to which you experience it. This might happen, for instance, if you use your pessimism to prepare for a stressful future event, in a way that helps you realize that you’re better equipped to deal with that event than you thought you were.

Overall, the pessimism bias can lead to both negative outcomes as well as to positive ones, depending on how exactly it affects you. In general, if you believe that the pessimism bias is affecting you in a negative manner, you should strive to reduce your pessimism using relevant techniques, such as slowing down your reasoning process and reviewing your past successes, or to channel your pessimism in a more positive manner, for example by using it as motivation to prepare for the future.

One of the best ways to channel pessimism is a positive way is to use the thinking-through process:

“[The] thinking-through process may help individuals using defensive pessimism to respond to their anxiety by motivating the efforts necessary to avoid contemplated disaster. They construct different scenarios that illustrate the possibility of both negative and positive outcomes and alternative pathways to each…

…this thinking-through process functions as a way for them to acknowledge their apprehensions and negativity and then cognitively work through it—just as a cognitive therapist might help an anxious or depressed patient by pointing out maladaptive cognitions and slowly guiding the client to more adaptive ways of thinking by proposing alternatives, pointing out contradictions or overgeneralizations, and so forth…

— From “Strategy-Dependent Effects of Reflecting on Self and Tasks: Some Implications of Optimism and Defensive Pessimism” (Norem & Illingworth, 1993)

Essentially, the thinking-through process represents a structured and positive way to work through pessimistic thoughts. To use it, you should try to think about whatever you are feeling pessimistic about, in a way that helps you resolve your issues and, if necessary, prepare for the future.

In the case of pessimism over an upcoming job interview, for instance, you should ask yourself why you think you are going to fail, and identify the areas that you believe will be problematic. Then, list the reasons why those areas are likely to be problematic, and figure out a plan that will allow you to deal with them effectively, so that you will be better prepared.

Helping others deal with the pessimism bias

Accounting for other people’s pessimism bias

In some cases, it can be beneficial to simply keep in mind that other people might experience the pessimism bias, even if you don’t intend to help them avoid it, for whatever reason. In such cases, keeping this in mind can help you in various ways, such as by helping you predict people’s decision-making more accurately, and by helping you better understand why people acted the way they did.

Because positive pessimism can be beneficial in certain situations, it is sometimes worthwhile to actively cultivate a pessimistic outlook in yourself or in others, if you believe that doing so could lead to a positive outcome. For example, if you know that you’re prone to overconfidence in some domain, in a way that hurts your performance, being pessimistic could be a beneficial way to help you mitigate the impact of that overconfidence.

In particular, note that you should be extremely wary about promoting pessimism in places where doing so could be harmful. For example, if someone that you know lacks confidence about their abilities, making them pessimistic about the future might do more harm than good.

In this article, we saw how pessimism can either hurt or benefit people, based on the way it affects their thinking. In addition, we saw how you can channel your pessimism in a positive and productive way, that helps you prepare for the future or deal with past events.

However, we also that that pessimism, and especially chronic and overpowering pessimism, is a notable symptom of depression, and might be associated with other mental health issues. This is important, since while the tips in the article can be beneficial in mitigating the influence of negative pessimism in some cases, they are unlikely to resolve pessimism in pathological cases.

As such, if you think that your own pessimism or someone else’s pessimism could be a symptom of depression or a similar mental health issue, do not assume that these tips will be sufficient; seek professional help instead.

If you found this article interesting, and you want to learn more about the topic, a relevant book you should look at is “Learned Optimism: How to Change Your Mind and Your Life“.