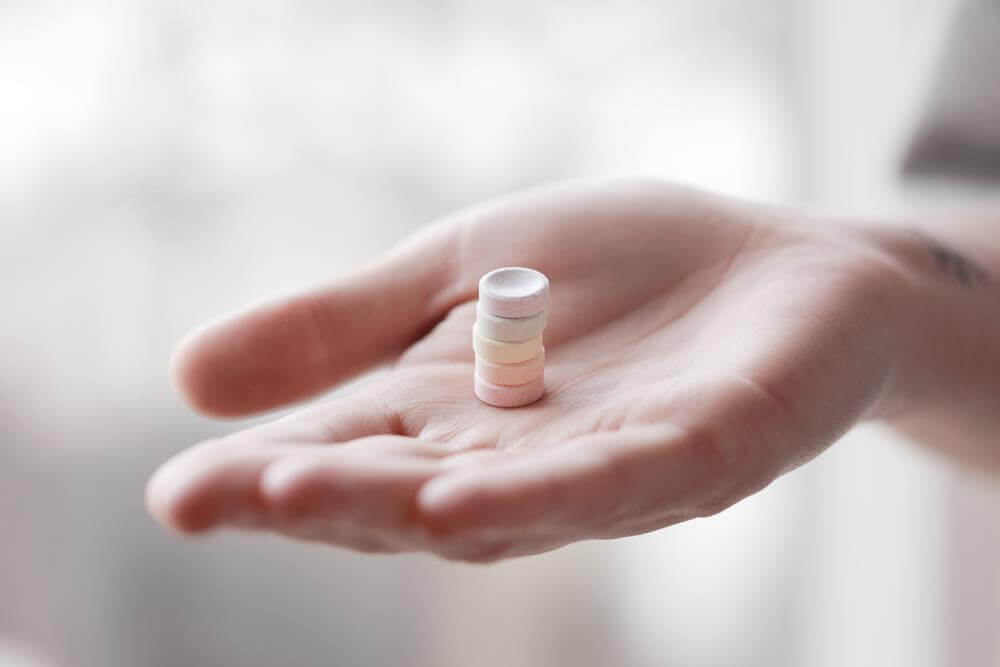 A placebo is something, such as a substance or procedure, that has no inherent ability to directly produce an effect of interest, but which can nevertheless produce this effect indirectly, generally through a psychological response. Most commonly, the term “placebo” is used in the medical context, to refer to an inert substance (e.g., a sugar pill) with no active ingredients or to a similar type of treatment, which leads to positive outcomes for patients (e.g., reduced pain) despite having no direct physiological effect.

Accordingly, the placebo effect (also referred to as placebo response) occurs when people experience a (usually positive) effect as a result of a substance or procedure that cannot directly produce that effect (i.e., a placebo), generally as a result of their psychological response to it.

Examples of placebos and the placebo effect

A common example of placebos is placebo medication (e.g., sugar pills or saline injections), which have no active ingredients, but which can lead to a placebo effect, for instance by reducing the pain that people feel.

A related example of placebos is placebo surgery, which involves making it appear as if someone underwent a procedure (e.g., by cutting their skin), without actually completing the full procedure. This type of procedure can sometimes create a placebo effect, for example by leading to similar improvements in pain and mobility as certain types of real knee surgery.

In addition, the potential benefits of the placebo effect can explain why various treatments in alternative medicine, which have no inherent physiological effect, can make people feel better. For example, research suggests that when it comes to homeopathy, which is a widespread system of alternative medicine that involves the use of inert medicine (e.g., sugar pills), the improved outcomes that patients sometimes experience can be attributed to the placebo effect.

Finally, although placebos are most commonly associated with medicine, they exist in other domains in various forms. A common example of this that people often encounter in everyday life are placebo buttons, which don’t do anything when pressed, but are often placed in places such as crosswalks, elevators, and office thermostats in order to give people an illusion of control.

An inactive (or pure) placebo is one that is considered inert, and therefore has no direct pharmacological effect. For example, sugar pills are often considered an inactive and pure placebo, since they do not directly influence a person’s physiology in any way, though they may influence them through the placebo effect.

An active (or impure) placebo is not considered inert, and can directly have a direct pharmacological effect, though not on the phenomenon of interest. For example, vitamin transfusions can be considered an active and impure placebo in the treatment of cancer, if they are not expected to influence it directly, though they may still influence a person’s physiology, as can antibiotics used for treating viral infections.

The concepts of inactive and active placebos are used primarily in the domain of medicine. Outside the context of medicine, they can be defined as having no direct effect, rather than no direct pharmacological effect in particular.

Active placebos can be important in cases where the use of an inactive placebo would make it obvious that a placebo is used, rather than something that has a direct effect. For example, this can be important for certain clinical trials, where the drug of interest has strong psychoactive effects, so patients will find it relatively easy to know if they were given an inert placebo.

However, the concept of active placebos has also been criticized, primarily because it’s not always clear that an impure placebo can’t actually influence the phenomenon of interest directly (i.e., whether it is truly a placebo). For example, even if a vitamin infusion isn’t expected to influence cancer directly, it can still have a non-placebo effect if the patient is vitamin deficient. Similarly, even if antibiotics aren’t expected to influence a viral infection, it’s not always clear in clinical settings if an infection is not caused, at least partly, by bacteria. This is an issue that can extend to inactive placebos, such as saline injections, which may be considered active in some circumstances, such as when they’re administered at a high enough dose to have a direct physiological effect on a phenomenon of interest.

Conversely, an open-label placebo (also known as non-hidden, non-concealed, or non-deceptive placebo) is a placebo that the person that it is administered to knows is a placebo, because they are told so explicitly. For example, if someone is given sugar pills and is told that they are sugar pills meant to create a placebo effect, that person is being given an open-label placebo.

Placebos can sometimes work regardless of whether they are closed-label or open-label, which means that they can influence people even when those people know that they are being given a placebo. However, making a placebo open-label can influence its effectiveness, including by reducing it. Nevertheless, this may be balanced by other advantages, such as reducing the likelihood of interpersonal conflicts and trust issues that may occur when someone is given a placebo in a deceptive manner.

Other types of placebos

Placebos can also be categorized based on other criteria, such as:

Different placebos can work through different mechanisms and lead to different effects, even if they’re both given in a similar context (e.g., as a treatment for the same condition).

In addition, note that the term “placebo” can also be used in a more general sense, to refer to something that is done or given to satisfy someone, even though it is not what the person in question actually wants. For example, a company may make small and meaningless gestures as a placebo in response to employees’ demands to improve working conditions.

From a psychological perspective, there are various cognitive mechanisms that can broadly explain how placebos work. For example, according to expectancy theory, the placebo elicits an expectation for a particular effect within a person, and the expectation of this effect causes the person to experience the effect, or to believe that they are experiencing it. Alternatively, according to the theory of classical conditioning, the placebo serves as a stimulus that resembles a traditional medication or treatment, which the patient is conditioned to respond to by experiencing an improvement in their condition, based on their past experiences. Furthermore, other mechanisms may also play a role, such as that people are motivated to feel better, and the placebo effect helps them fulfill that motivation.

A key situational factor the influences the effectiveness of placebos is the way they are presented. This means, for example, that the strength of the placebo effect can depend on the price of the placebo, so people experience a stronger effect if they are told that the placebo is more expensive, a phenomenon that is often utilized in marketing. Similarly, the effect of the placebo can be stronger if the ritual which is associated with it is extended, dramatized, or made more formal in some way.

Placebos are not always as effective as an active treatment in those cases, but placebos may nevertheless have certain advantages over an active treatment, such as potentially leading to fewer and less severe side-effects, or being less expensive.

In addition, placebos can have benefits outside the medical context, for example when it comes to improving cognitive or physical performance.

The placebo effect is limited in many ways, including:

As such, even though placebos can be beneficial, they should not be viewed as a perfect solution that’s guaranteed to always work or to solve issues fully.

Placebos can lead to a number of potential issues, including:

Some of these issues, such as interpersonal issues, are not inherent to placebos, but rather depend on factors such as how the placebo was administered, who administered it, and what was the purpose of administering it.

In addition, while these issues are potentially associated with placebos, none of them are guaranteed to occur in any given situation, meaning that it’s possible for people to benefit from a placebo without experiencing any of these issues.

The use of placebos is controversial from an ethical perspective due to various potential issues, such as that giving a placebo to someone may violate their autonomy in some cases. Furthermore, the ethics of this, may depend on various factors, such as:

Note: the use of placebos to help people, especially when there is an element of concealment involved, is often considered a form of paternalism, and has received much criticism on ethical grounds.

How to use placebos

Pointing out and reducing the placebo effect

When people are unaware that something is a placebo, it can sometimes be beneficial to point this out, which will likely reduce the associated placebo effect. This can be relevant, for example:

However, various considerations can influence whether you should point out and reduce the placebo effect. For example, even if someone is being deceived into thinking that something isn’t a placebo, that could be reasonable if they’re part of a clinical trial, and have given proper consent.

In addition, it’s important to be cautious before choosing to reduce someone’s placebo effect, and to properly weigh the pros and cons of doing so. For example, if a certain placebo helps someone feel calm because they think that it’s “real” medicine, and the placebo itself is safe and inexpensive, then it might be better to avoid mentioning that it’s a placebo, because otherwise you could cause more harm than good.

Accounting for the placebo effect

It can sometimes be useful to account for the placebo effect even in cases where you don’t influence this effect directly. For example, this can help you understand why someone’s behavior changes after they receive a placebo, or can help you predict that this will happen.