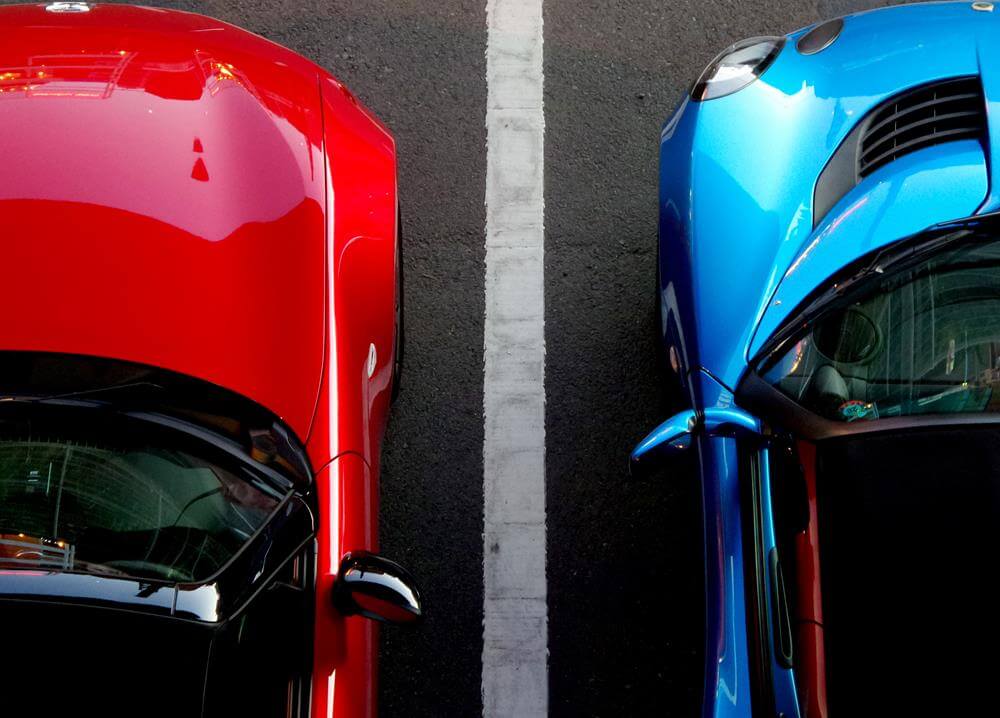 Opportunity cost is the value of the best alternative that you miss out on as a result of choosing a different option.

For example, if a person chose to invest in a certain venture, their opportunity cost is the money they could have made by investing in a different venture, and namely in the best alternative venture that was available to them.

The concept of opportunity cost is best known for the role that it plays when it comes to economics and finance. For example, in this context, if a company decides to invest money in order to develop a certain product, the company’s opportunity cost is based on the best alternative thing that they could have done with the money instead, such as developing a different product or marketing their existing products.

Other examples of opportunity cost are the following:

Similarly, when it comes to medical treatments, opportunity cost is taken into account by comparing the value of any given intervention to the value of other possible interventions, which generally also include the option of simply doing nothing. Furthermore, when it comes to intensive care units in hospitals and large-scale medical emergencies, opportunity cost is sometimes taken into account in situations where the resources spent treating patients who cannot be helped come at the expense of other patients, who could be helped.

How to calculate opportunity cost

Note: when it comes to calculating the opportunity cost of financial investments, the rate of return of the best forgone alternative is often based on some common benchmark, such as the S&P 500 stock market index.

When calculating opportunity cost, it’s important to account for the risks associated with the different available options.

Risk should be factored into your expected returns, generally by multiplying the likelihood of achieving any given rate by that rate, and then summing up the results to get the overall predicted rate of return for each option.

Opportunity cost is generally the easiest to calculate when it comes to financial situations, where the value of each of the available options can be quantified in a monetary sense. However, the concept of opportunity cost can also be beneficial in other situations, such as when deciding which hobbies or relationships to pursue, where the value of the different options is often more difficult to quantify.

Note that, when it comes to calculating opportunity cost in such situations, there are situations where each of the available options will have significantly different types of benefits, none of which are distinctly better than the others. For example, this might be the case when it comes to choosing your future career, which can involve considerations such as satisfaction, impact, and prestige, which can be difficult to quantify and compare directly.

The available options such cases can be described as being on a par, meaning that they’re not necessarily better or worse than one another, but are rather on roughly the same level, despite being distinctly different from one another.

The importance of opportunity cost

The concept of opportunity cost can be implemented by various types of entities: from individuals, to companies, to governments, and so on. Accordingly, it can be used on various scales, from an individual deciding which product to buy, to a government deciding which policies to enact or which projects to fund.

Regardless of who you are and on what scale you’re acting, opportunity cost can guide your actions, and help you determine whether a certain choice, is more beneficial than the available alternatives. This is important because in many cases, a certain option might be appealing because it’s beneficial, but in reality it’s less beneficial than alternatives options, which might not be as appealing at first glance.

Opportunity cost is particularly useful when any choice would lead you to invest resources, such as time, money, or effort. This is because this concept often has to do with scarcity, which is the fact that many of the resources that we have are limited in nature, meaning that we can only choose a limited number of options, and choosing one option over the others necessitates a trade-off in gains.

As such, accounting for opportunity cost can be highly beneficial when it comes to deciding how to spend the resources that you have. For example, when it comes to purchasing products, thinking about other things you could do with the money can help you be more cautious in terms of how you spend it.

Note: the concept of opportunity cost is often described in economics through the adage that “there ain’t no such thing as a free lunch” (TANSTAAFL), to denote that every decision you make involves an opportunity cost.

How to help yourself keep opportunity cost in mind

Despite the benefits of accounting for opportunity cost, many people and organizations neglect to do so when making decisions. Fortunately, however, there are some things that you can do in order to ensure that you will properly keep opportunity cost in mind when necessary.

One thing that you can do is actively ask yourself “what alternatives will I miss out on by picking this particular option?” before you make any major decisions. Then, assess those alternatives, and consider whether you would be better off picking one of them instead of the initial option. Assessing the situation and keeping the alternative options in mind in this manner can help you remember to account for opportunity cost in situations where you need to.

Another thing you can do is use external cues to increase your awareness of opportunity cost. Such cues can, for example, help increase your awareness of the alternatives that you’ll be foregoing. For instance, if instead of buying a certain product now you could save the money and buy something more desirable later, you could look at pictures of what you want to buy later, in order to help yourself internalize the opportunity cost of spending money now.

Remember the opportunity cost of waiting

One type of opportunity cost that is often overlooked is the opportunity cost of waiting instead of making a decision or taking action early on. For example, if you are given the choice between investing in one of several markets, waiting too long while deciding where to invest your money could cause you to incur a significant opportunity cost, compared to investing that money sooner.

This doesn’t mean that you should simply rush into decisions, but rather that you should be aware of any opportunity costs associated with delays and inaction. This is especially important when the potential delays are entirely unnecessary, or when making a faster decision will clearly be more beneficial than waiting, even if you’re somewhat uncertain regarding which option is best.

Furthermore, in this regard, it’s important to remember that ‘not making a decision’ is a decision in itself, which should be evaluated just like any other option.

Though people often underestimate or ignore opportunity costs, there are also situations where the opposite is true.

For example, one study on the topic examined situations where people’s choices are limited by external constraints, meaning that the need to pick only one of the available options was based on the limited availability of some resources, such as time or budget constraints. The study found that making a decision under this kind of constraint can induce people to imagine experiencing all the options that they’re presented with. This, in turn, can cause people to overestimate the opportunity cost that they incurred by picking a specific option, since, in reality, they could have only picked one of the alternatives, rather than all of them.

Furthermore, the above study showed that a similar issue can arise in situations where people fail to follow through and take advantage of an original option that they planned to take advantage of. Specifically, when this happens, people sometimes feel that by failing to use the option that they chose, they simultaneously missed out on all the alternative options that they didn’t choose, though in reality they could have only picked one of them.

Overall, when thinking about opportunity cost, it’s important to avoid overestimating it, since doing so can cause you to view the situation in an irrational manner, and to experience an unnecessarily negative emotional and psychological reaction, particularly when it comes to feeling regret.

The most common way in which people overestimate opportunity cost is by mistakenly assuming that it’s based on the combined value of all their foregone alternatives, rather than just the best one. As such, to avoid this issue, you should keep in mind the fact that you can only pick one option out of your available choice set, so by going with a certain option you’re only foregoing the best alternative.

Note: the external constraints mentioned above are contrasted with internal constraints, which are constraints that occur in cases where the nature of the choice means that only one option can be chosen. For example, this might happen in a marketing deal where only one of two possible rewards for a purchase can be selected.

Opportunity cost should primarily be used in order to help you prepare for the future, since that’s when it can help you shape your decision-making in a positive manner.

Opportunity cost can also be used to assess past decisions, which can be beneficial in some situations. For example, you might assess the opportunity cost of a previous decision that you made if you believe that you will benefit from doing so by learning an important lesson about your decision-making process, which will help you when it comes to future decisions.

However, if you do this, it’s important to keep in mind that your past decisions were made when you had different information available to you than you do now. As such, you should avoid falling for the hindsight bias, which can cause you to assume that the outcomes of events which already occurred were more predictable than they actually were.

Simply put, if you chose the option which seemed the best at the time, at the expense of a different one, which seemed worse but which ended up being better, that doesn’t mean that you made a bad decision, and you shouldn’t feel bad for making that decision at the time.

Sunk cost is a cost that has been incurred in the past and cannot be recovered.

For example, when it comes to investments, sunk cost could represent money that someone has spent on a failed investment, while opportunity cost would represent the return that they could have made if they invested the money somewhere else.

In terms of costs, there is an important distinction between costs that are explicit and those that are implicit:

From a financial perspective, there is a key distinction between how opportunity cost is treated when it comes to accounting profit vs. economic profit:

The history of opportunity cost

The term ‘opportunity cost’ is attributed to David L. Green, who used it in an 1894 article titled “Pain-Cost and Opportunity Cost”.

However, this general concept has been proposed by others throughout history. For example, in a 1748 essay titled “Advice to a Young Tradesman, Written by an Old One”, scientist and politician Benjamin Franklin states that “time is money”, when discussing the fact that someone who decides to travel or sit idle instead of work, is losing not only any money that he spends during this time, but also the money that he could have earned working instead.

Note: opportunity cost is sometimes also referred to by other names, such as alternative cost.