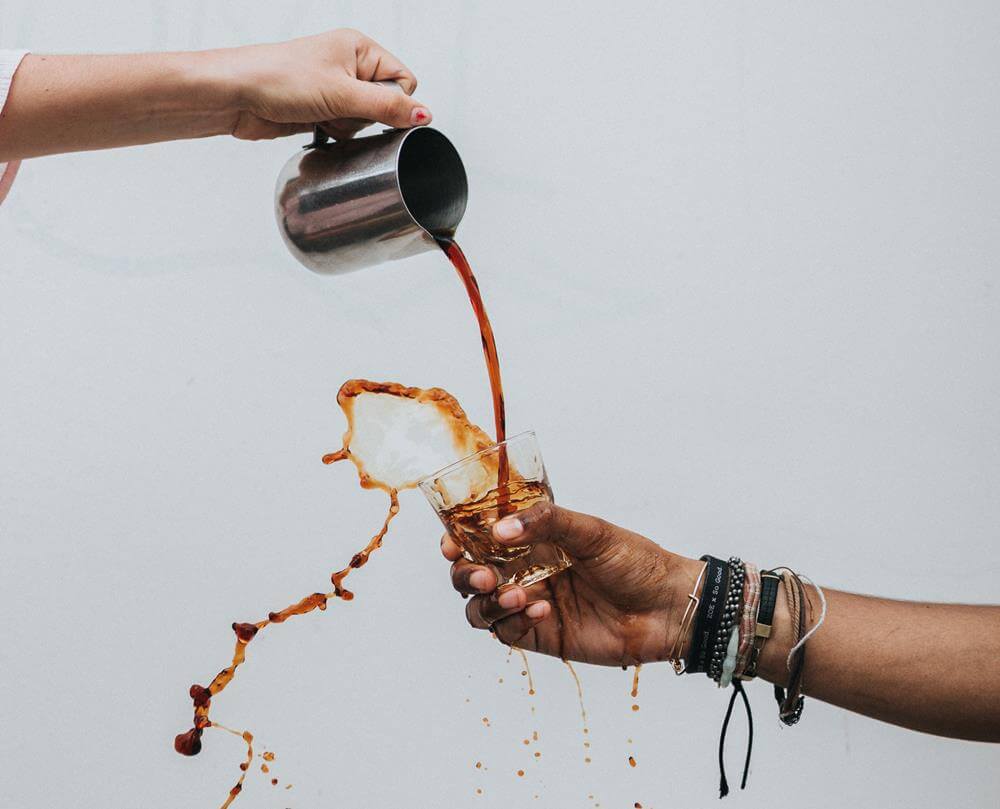 The Benjamin Franklin effect is a cognitive bias that causes people to like someone more after they do that person a favor, especially if they previously disliked that person or felt neutral toward them. For example, the Ben Franklin effect could cause someone who disliked you to start liking you after they do you a small favor, such as loaning you a book or helping you with an assignment.

The Ben Franklin effect is a useful concept to be aware of, since you can use it when interacting with others, and since you should be aware of the fact that others might use it on you. As such, in the following article you will learn more about the Ben Franklin effect, and see how you can use it yourself as well as how you can account for its use by others.

Examples of the Benjamin Fraklin effect

In the story, Franklin describes how he dealt with the animosity of a rival legislator. Specifically, after hearing that his rival has a rare book in his library, Franklin wrote to his rival and asked whether he could borrow the book for a few days. The rival agreed, and a week later Franklin returned the book, with a letter expressing how much he liked it. The next time the two met, Franklin’s rival spoke to him with great civility and showed a willingness to help him in other matters, leading the two men to become good friends. Franklin consequently referred to this effect as an old axiom, stating that:

“He that has once done you a kindness will be more ready to do you another, than he whom you yourself have obliged.”

— From “The Autobiography of Benjamin Franklin“

A modern example of the Ben Franklin effect appears in a study where participants were tasked with solving a series of puzzles next to someone who they thought was also a participant in the experiment, but who was in fact working for the researchers. This partner asked some of the participants for help in solving a puzzle, and those who were asked for help, which they all agreed to provide, later displayed the Ben Franklin effect, by expressing more positive feelings toward their partner than participants who were not asked for help.

Similarly, an additional example of the Benjamin Franklin effect appears in a study where participants took part in a cognitive task that allowed them to earn some money. After completing the task, the person running the experiment, who had a slightly unlikable demeanor, asked some of the participants if they could do him a personal favor, and return the money that they earned, which most of them agreed to do. Participants who were asked for that favor later displayed the Ben Franklin effect, when they rated the experimenter more positively than did those who were not asked for that favor.

Psychology and causes of the Benjamin Franklin effect

The Benjamin Franklin effect is generally explained using cognitive dissonance theory, which suggests that holding two or more contradictory beliefs at the same time causes people to experience mental discomfort. Specifically, based on this framework, people experience the Ben Franklin effect because they try to reduce their cognitive dissonance, which in this context could occur if they performed a favor for someone that they don’t sufficiently like, as a result of the mismatch between their actions and their feelings toward the person that they’re helping.

Essentially, this means that when someone does you a favor, they need to be able to justify it to themself, in order to avoid the cognitive dissonance that would occur from doing something positive for someone that they don’t sufficiently like. The simplest way to do this is generally to convince themself that they must like you enough to do you that favor, even if that wasn’t originally the case.

As one study states:

“As long as a person likes the recipient of the favor, feels that he is deserving, or that he would probably return the favor, the person is able to offer himself ample justification for having performed the favor. There are instances, however, when an individual is ‘put on the spot’ and winds up performing a favor for someone he does not hold in high esteem, a complete stranger, or even someone he actively dislikes. In such instances, he has insufficient justification for performing the favor since he does not particularly like the person and has no reason to expect that the person would reciprocate the favor.

Accordingly, if an individual performs a favor for a person about whom he initially has neutral or negative feelings, he may come to like that person as a means of justifying his having performed the favor. This prediction is derived from the theory of cognitive dissonance… If one does a favor for a disliked person, the knowledge of that act is dissonant with the cognition that one does not like the recipient of the favor. That is, since one does not usually benefit persons whom one dislikes, the situation is dissonance arousing. One way in which a person might reduce this dissonance is to increase his liking for the recipient of his favor, i.e., come to feel that he was deserving of the favor.”

In addition, another notable psychological theory that can be used to explain some cases of the Ben Franklin effect to some degree, is the self-perception theory. This theory suggests when people have no concrete, preexisting attitude toward someone or something, they tend to observe their own behavior, and then use their observations of their behavior to conclude what their attitude must be.

In the context of the Ben Franklin effect, this means that when people perform a favor for someone that they have no meaningful preexisting relationship with, the concept of self-perception could lead them to observe their positive actions toward that person, and conclude that they must have positive feelings toward them.

Finally, in some cases, other factors beyond cognitive dissonance and self-perception can also play a role when it comes to the Ben Franklin effect. For example, in certain situations being asked for a favor can make someone feel acknowledged and respected, which can cause them to develop more positive feelings toward the person who asked them for help.

Overall, we experience the Ben Franklin effect primarily because when we do someone a favor, our mind tries to justify this behavior to itself by deciding that we must like that person, in order to avoid a state of cognitive dissonance. In addition, other factors can also prompt the Ben Franklin effect, such as the fact that when we don’t have a strong preexisting attitude toward someone, we often shape our attitude by observing our own behavior toward them.

Variability in the effect

It’s important to note that there is significant variability with regard to psychological phenomena such as the Benjamin Franklin effect, and as such, this effect isn’t always expected to play a role in people’s thinking.

There are various reasons why this effect might be absent. For example, it could be that the person doing the favor simply doesn’t care about it much, or that they are able to justify it in some other way besides increasing their liking for the person that they are helping, such as by telling themself that they might derive some benefit from this favor in the future.

In addition, there is also expected variability with regard to other aspects of the Ben Franklin effect, such as the degree to which it will influence people’s feelings, and the amount of time that this influence will last.

This means that people are more likely to experience this effect when they have negative or neutral feelings toward the person that they’re helping. However, it’s also possible for people to experience this effect in cases where they perform a favor for someone that they have moderately positive feelings toward, as long as the cost of the favor in question, in terms of factors such as the effort, risk, or resources involved, outweighs the degree to which the person performing the favor likes the person that they’re helping.

Negative version of the effect

Accordingly, there is also a negative version of the Ben Franklin effect, which can cause people to increase the degree to which they dislike a person, after they treat that person in a negative manner. This can be both because they feel that they need to justify that mistreatment to themself, and because they might base their attitude toward that person on their own negative actions.

How to use the Benjamin Franklin effect

The basic way to use the Benjamin Franklin effect is to ask people for a favor, in situations where you believe that doing so will cause them to like you more. This includes, in particular, situations where they either dislike you, feel neutral toward you, or have no preexisting attitude toward you, though the Ben Franklin effect can sometimes also work if the person you ask for a favor does like you a little.

Below are a few tips, which are based on research on the topic, and which will help you maximize your ability to utilize this effect:

Most importantly, make sure to use common sense when taking advantage of this effect. This means that you should be realistic with regard to who you ask for favors, and with regard to the favors that you ask for. For example, if you ask someone that you barely know for a huge favor, it’s likely that they’ll simply refuse, and might even end up forming a negative opinion of you.

Finally, don’t forget that how you ask for a favor is also important. This holds both when it comes to getting the other person to perform the favor for you, and when it comes to influencing how they view you in general. The best way to ask for a favor will vary in different situations, but in general, you will get better results by being kind and polite, especially if your goal is to use the Ben Franklin effect in order to build rapport.

How to respond to uses of the Benjamin Franklin effect

In some cases, the use of such techniques is driven by a harmless desire to build rapport, that you likely won’t mind. However, there are situations where this attempted manipulation is driven by more negative intentions. This can be the case, for example, if a salesperson asks you to do them a small favor in order to get you to like them more, so it will be easier to persuade you to accept a bad offer later on. Furthermore, in some cases you might dislike the fact that this effect is being used on you, simply due to its manipulative nature.

In such situations, you will likely want to negate the potential influence of this cognitive bias, to the best of your ability.

The first step to achieving this is to simply be aware of the Ben Franklin effect, and to recognize situations where others attempt to use it in order to influence your thinking. Then, there are several things you can do: