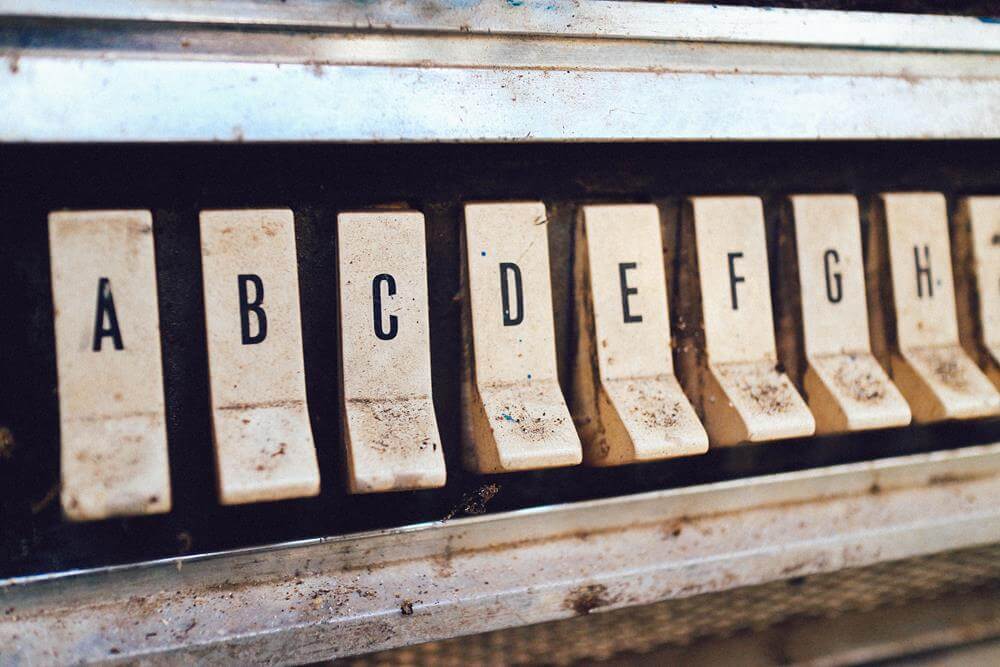 How a phonetic alphabet works

To create a phonetic alphabet, you simply replace the letter that you want to say with a word that starts with the same letter, a concept which is called acrophony. For example:

Note: ‘phonetic alphabet’ is a colloquial term used to refer to spelling alphabets, which are also referred to using other terms, such as word-spelling alphabets, radio alphabets or telephone alphabets. In addition, note that such alphabets are unrelated to phonetic notation and transcription systems, such as the International Phonetic Alphabet, which uses symbols in order to create a visual representation of sounds that appear in spoken languages.

Why use a phonetic alphabet

Miscommunication issues can occur due to a variety of reasons, such as because you have bad reception on your phone, because you’re talking in an area with a lot of background noise, or because you’re talking to someone who has a strong accent that you’re not used to. Such issues are especially frustrating and problematic if you’re trying to communicate an exact term, such as a name, a street address, or a serial number.

Phonetic alphabets can facilitate communication in such situations, and reduce the likelihood of miscommunication issues, by helping you spell out exact terms in a way which is intelligible to listeners regardless of the circumstances. This can be valuable, for example, if you’re talking to tech support, or if you’re giving critical information to emergency services. In fact, the NATO alphabet is so effective that there have been calls for using it among medical professionals, where accurate communication can be a matter of life and death.

The NATO phonetic alphabet was formally established in 1956 through the joint effort of several groups, including, most notably, the North Atlantic Treaty Organization (NATO) and the International Civil Aviation Organization (ICAO). It was created with the goal of becoming the universal phonetic alphabet, in order to overcome the issues which occurred as a result of different countries and organizations using different alphabets.

There are two main advantages to learning the NATO phonetic alphabet today compared to other alphabets:

Accordingly, the NATO phonetic alphabet consists of 26 codewords, each of which represents a different letter of the English alphabet. These words are:

For example, using the NATO phonetic alphabet, you would spell the word ‘positive’ in the following manner:

In the image below, you can see the full NATO phonetic alphabet, which shows which letter each codeword signifies, together with the official phonetic pronunciation of that codeword. 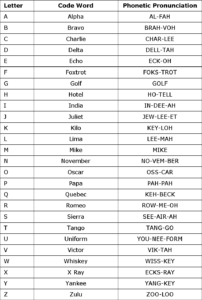 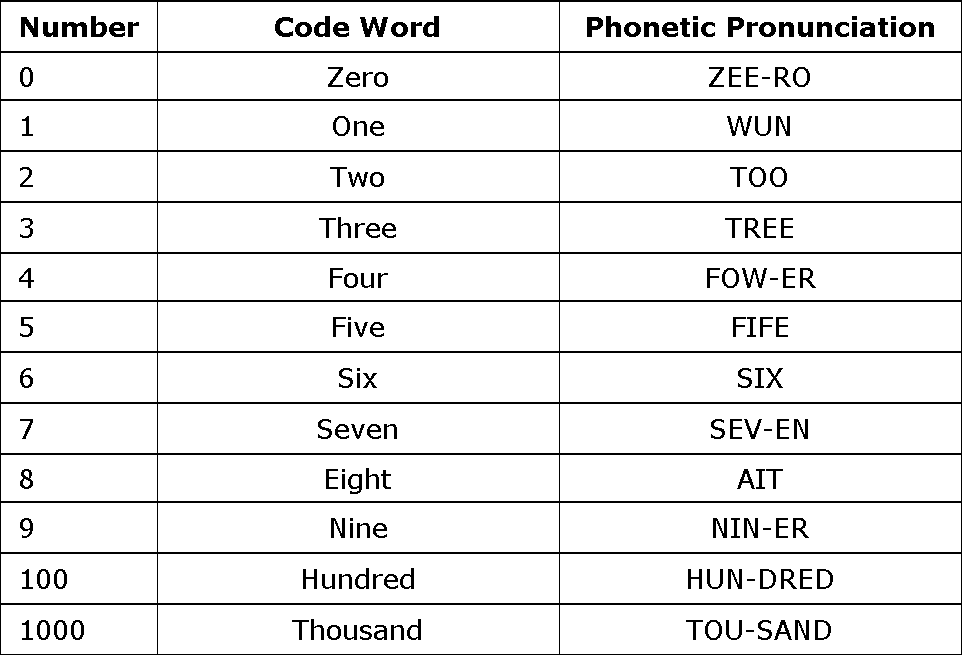 If you would like a full table of the NATO phonetic alphabet, which contains both the letters and the numbers, you can view it in the following links either as an image or as a PDF.

How to learn the NATO phonetic alphabet

Since the NATO alphabet contains only a small number of items, and since it’s fairly intuitive by design, it should be relatively easy to memorize it with some practice.

If you’re struggling to remember specific codewords, you can try to associate them with whatever they represent. For example, if you struggle to remember that the codeword for the letter “W” is “Whiskey”, try to not just focus on memorizing the codeword itself, but also on remembering a relevant image that is associated with it, such as a bottle of whiskey.

Once you can roughly recall all the codewords, start practicing the use of the alphabet by spelling out various words with it. These words can be anything you want: from random items you see, to the addresses of streets that you pass.

There are a few things you should keep in mind when using the NATO alphabet, in order to ensure that you’re using it as effectively as possible:

Tips for improvising a phonetic alphabet

These tips are reflected, for the most part, in the codewords which are used in the NATO phonetic alphabet. There are some exceptions to this; for example, in the codeword ‘Bravo’, the initial ‘B’ is followed immediately by an ‘R’. However, even such exceptions tend to still adhere to the overall guidelines for picking codewords, and in this case, for example, there is a strong phonetic contrast between the two sounds (‘B’ and ‘R’), which makes them relatively easy to tell apart.

Finally, note that, while these tips are beneficial, they’re not crucial for the most part, and the most important thing is to simply pick a word that people will be able to clearly identify. Furthermore, remember that if you have any doubts as to whether you were properly understood, you can ask the other person to repeat what you said to them after you finish talking. Then, if you notice any miscommunication issues, you can adjust the codewords that you used accordingly, and repeat the problematic parts of your message.