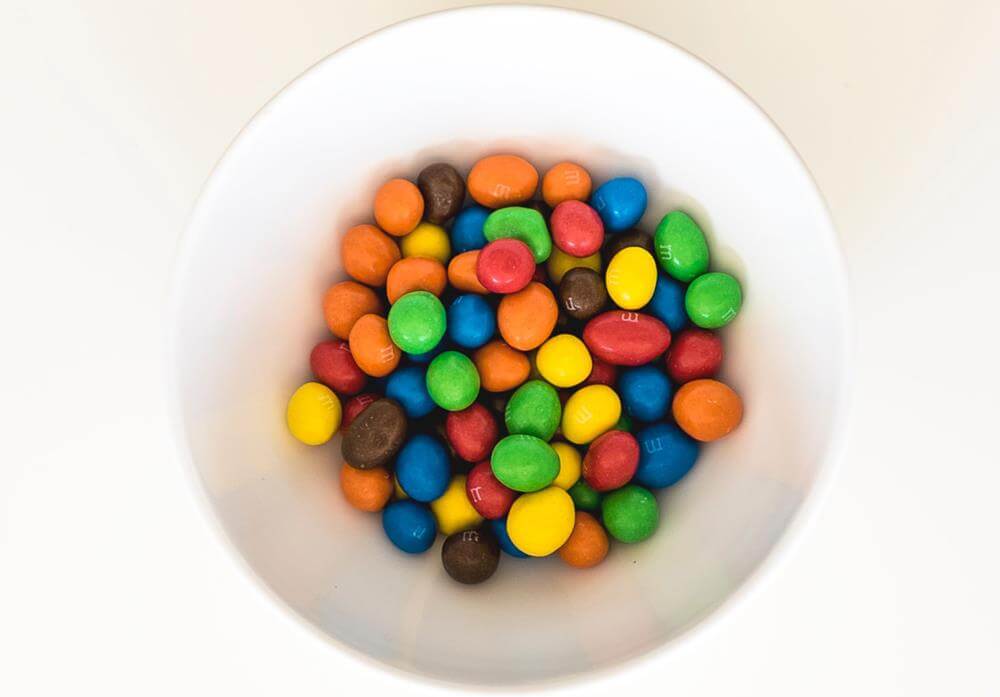 The brown M&M’s principle is the idea that small details can sometimes serve as useful indicators of big issues.

This principle is named after a rock band (Van Halen), who had a “brown M&M’s clause” in their contracts with event organizers, stipulating that the organizers must provide M&M’s in the backstage area, but that there must be no brown M&M’s available. This small clause gave the band an easy way to check whether organizers actually paid attention to all the details in the contract, which was important given how complicated and potentially dangerous the band’s production was.

The brown M&M’s principle can be useful to understand and implement, in a variety of contexts. As such, in the following article you will learn more about this principle, and see how to implement it yourself, as well as how to account for its use by others.

The origin of the brown M&M’s principle

The brown M&M’s principle comes from the way that a rock band (Van Halen) used a small clause in their contract to identify cases where event organizers did not properly follow instructions. This is described in the following excerpt from the biography of one of Van Halen’s members:

“You may have heard of the brown M&M’s story of Van Halen… I would come in backstage, and if I saw brown M&M’s, I’d trash the dressing room and threaten to cancel the show… I made it seem like it was a complete act of self-indulgent extravagance…

I already mentioned Van Halen was the first band to take huge productions into tertiary, third-level markets. We’d pull up with nine eighteen-wheeler trucks, full of gear, where the standard was three trucks, max. And there were many, many technical errors—whether it was the girders couldn’t support the weight, or the flooring would sink in…

The contract rider read like a version of the Chinese Yellow Pages because there was so much equipment and so many human beings to make it function. So just as a little test, in the technical aspect of the rider… in the middle of nowhere, was: ‘There will be no brown M&M’s in the backstage area, upon pain of forfeiture of the show, with full compensation.’

So, when I would walk backstage, if I saw a brown M&M in that bowl… well, line-check the entire production… They didn’t read the contract. Guaranteed you’d run into a problem. Sometimes it would threaten to just destroy the whole show. Something like, literally, life-threatening. And I’ll give you an example.

The folks in Pueblo, Colorado, at the university, took the contract rather kind casual… They hadn’t read the contract, and weren’t sure, really, about the weight of this production; this thing weighed like the business end of a 747.

I came backstage. I found some brown M&M’s… and promptly trashed the dressing room. Dumped the buffet, kicked a hole in the door, twelve hundred dollars’ worth of fun.

The staging sank through their floor. They didn’t bother to look at the weight requirements or anything, and this sank through their new flooring and did eighty thousand dollars’ worth of damage to the arena floor. The whole thing had to be replaced. It came out in the press that I discovered brown M&M’s and did eighty-five thousand dollars’ worth of damage to the backstage area.”

— From “Crazy from the Heat” by David Lee Roth

You can see the brown M&M’s clause itself in the following excerpt, which is taken from the original Van Halen 1982 World Tour rider, a 53-page document outlining their instructions for hosting venues:

The benefits of the brown M&M’s principle

The main benefits of using the brown M&M’s principle are that it allows you to quickly and easily assess things, such as people or events, based on criteria that matter to you. Specifically, by focusing on the equivalent of brown M&M’s in your particular situation, rather than on someone’s or something’s overall profile, you make it faster and easier for yourself to assess whatever it is you need to assess.

For example, consider a situation where you’re about to publish a job application for a job that requires attention to details, after which you’ll be expected to look at the hundreds of submitted applications. In such a situation, you can insert a brown M&M’s clause to the application, such as the requirement to include a relevant keyword in its title. This will allow you to quickly and easily filter out applicants who didn’t properly read the application.

Furthermore, an added benefit of using the brown M&M’s principle is that it can sometimes help you assess things more reliably than you could otherwise. This is because it helps you look at what people do in reality, rather than what they say they do.

For example, in the case of the job application, the brown M&M’s clause can help you see which applicants don’t pay sufficient attention to details (or at least didn’t in this particular case). This is something that you might otherwise struggle to do, at least initially, since it generally won’t help to simply ask people whether they pay attention to details, since hardly anyone will say “no”.

Note: the brown M&M’s principle can be viewed as a heuristic, which in this context refers to a decision-making shortcut that allows you to rapidly judge information and make decisions.

Examples of the brown M&M’s principle

Examples of the brown M&M’s principle and the logic behind it appear in various domains, such as programming, legal writing, law, medicine, and quality control.

Specifically, the following are some examples of ways in which people use the brown M&M’s principle, or use the logic behind it if they’re not aware of this principle in particular:

These examples all revolve around the main situation in which people use the brown M&M’s principle, and namely when they need to quickly and easily identify things that contain an issue, as part of an initial filtering process.

How to use the brown M&M’s principle

To use the brown M&M’s principle effectively, you should first ask yourself what you’ll be assessing, and what your end goal is. Then, ask yourself what’s the best equivalent of brown M&M’s in your particular situation, and figure out how to implement it given the circumstances.

For example, if you’re on a dating site and only want to talk to people who care enough about you to read your profile, you can put a phrase or question in the middle of it, and ask people to address it when they message you.

Note that there are two main issues that you might encounter when using the brown M&M’s principle:

In addition, when using a certain brown M&M’s test repeatedly over time, it’s often beneficial to occasionally evaluate how well it works for you, and to modify it if necessary. This is particularly important if you use a test in the long-term, since various things can change as time passes, each of which could invalidate your brown M&M’s test or reduce its efficacy.

Finally, note that this section focuses primarily on how to use the brown M&M’s principle on a personal level, when it comes to evaluating other people. However, you can also use it to evaluate other things, such as companies or products. Furthermore, you can also use this principle in a more formal manner, as part of a process that’s implemented on an organizational level.

For example, as a manager in a business, you can implement this principle in various forms, such as through a clause in the standard contract that you use, a checklist that teams must go over routinely, or a tripwire in some process that allows you to identify an upcoming issue.

As noted above, people use the brown M&M’s principle—or the underlying logic behind it—in a wide variety of situations, sometimes without being aware that they’re doing so. Accordingly, if you’re in a situation where you care about someone’s opinion, and if you believe that they may be using this type of logic, then you should identify the equivalent of brown M&M’s that they’re likely to use, and then modify your behaviorto take it into account.

For example, if you need to send a written document to someone, and you know that they’re going to care a lot about typos, then you should take care to make sure that your writing is entirely typo-free.

When doing this, remember that people may have more than one equivalent of brown M&M’s that they care about. Furthermore, in cases where you’re unsure what the brown M&M’s are exactly, out of several potential options, it can be better to err on the side of caution, and account for all the potential ones.

Finally, note that keeping this principle in mind can be beneficial even if you don’t use it to guide your behavior, since it can help you understand other people’s thoughts and actions in some situations, especially when it comes to understanding why they’re focusing on small details that might seem trivial to you.

For example, if you’re at the start of a romantic relationship, and your partner makes a small but very thoughtful gesture, without you having to ask, this can be an indicator that they’re going to make a good long-term partner.