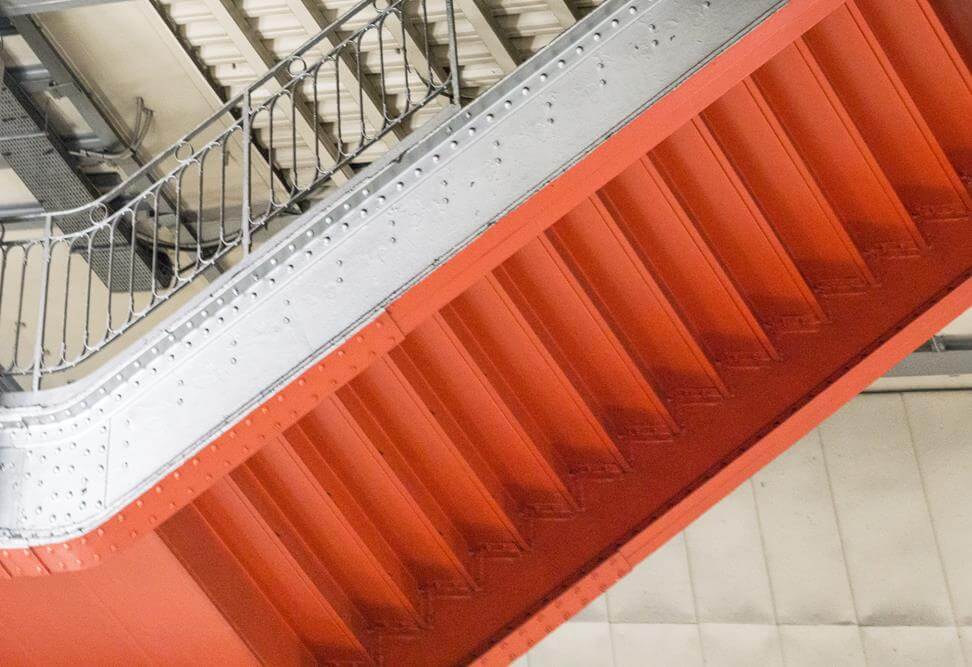 For example, a parent might use reverse psychology on their child by telling them “you probably won’t be able to eat all this broccoli”, in order to get their child to finish the broccoli.

People use reverse psychology in a wide variety of situations, so it’s important to understand this concept. As such, in the following article you will learn more about reverse psychology, see how you can use it yourself, and understand what you can do when people try to use it on you.

A simple example of reverse psychology is telling someone that a certain athletics program is hard to get into so they shouldn’t bother applying, if you believe that doing so will cause the person to do the opposite and apply.

This and similar forms of reverse psychology are often used by parents on their children, particularly when the child is highly rebellious and tries to do the opposite of what their parents tell them to do. For example, one paper on the topic provides the following example of reverse psychology in parenting:

“Brown’s son has developed a fascination for a particularly annoying melody… which he now hums or whistles frequently. He is also extremely contrary where Brown is concerned, especially in cooperative settings. He seeks wherever possible to do the opposite of what Brown wants him to do and sabotages or refuses to participate in any joint enterprise with Brown. Knowing this, Brown now responds to his son’s annoying humming by cheerfully joining in, with the hoped for result that his son stops humming.”

In this case, the reverse psychology involves encouraging a certain negative behavior, in the hopes that doing so will get the target person to stop engaging in it.

Another example of reverse psychology is when people say negative things about something that they care about, in an attempt to get others to say positive things about it. In particular, people often use this form of reverse psychology by saying bad things about themself, with the goal of prompting others to come to their defense and give them compliments and reassurances. For example, this can involve someone saying “I look bad today”, in an attempt to get someone else to say that that’s not true.

“…marketers have utilized reverse psychology as a way to:

(1) promote a product to the entire market, without deliberatively excluding a specific market segment (e.g. Little Caesar’s “Do not call this number” “Do not visit our website” campaign)…

(2) promote a product to a certain targeted segment while purposefully excluding another (e.g. Dr. Pepper’s “Not for women” campaign)…

(3) promote a certain company or brand image (e.g. Patagonia sustainability initiative “Do not buy this jacket”).”

Finally, a humorous example of reverse psychology appears in a short paper titled “Certificate in Reverse Psychology probably not worth it”, published in a medical journal, which contains the following text:

“After reviewing a large amount of data we have concluded that you probably don’t want to apply for the official certificate in Reverse Psychology, even though the fee is so reasonable that you won’t believe it…

Whatever you do, do not send money to the corresponding author to learn how to apply for this exclusive opportunity today. Your patients do not want you to learn about this simple secret, and it’s probably not worth it.”

While this example is humorous, it nevertheless mirrors many real and serious uses of reverse psychology, in a variety of fields.

The main reason why reverse psychology works is that when people feel pressured to act a certain way, they often prefer to do the opposite in order to assert their autonomy. This is based on Brehm’s reactance theory, which suggests that:

“…an individual who feels a threat to his or her sense of freedom will experience discomfort that motivates re-establishment of that freedom. Such reactance motivation should increase the likelihood of nonconformity to influence attempts. In these situations an influence source may have success by misrepresenting his or her true desires assuming that the target’s proclivity for disagreement will result in the target adopting the position that the source secretly desires.”

Accordingly, reverse psychology works especially well on people who tend to disagree with what they’re told or with orders that they’re given (such people are sometimes referred to in this context as nonconformists, anticonformists, or contrarians). Note that some people tend to disagree with others in general, while others tend to only do so in specific contexts, or when it comes to specific people, such as authority figures.

In addition, there are other factors that can cause reverse psychology techniques to work in particular cases. For example, in a situation where someone is told by an annoying colleague that it’s impossible to do something, they might be driven to do that thing out of spite for that colleague.

Overall, reverse psychology works primarily because when people feel pressured to act a certain way, they try to do the opposite in order to assert their autonomy and increase their sense of control. Furthermore, in certain situations, reverse psychology can also work for additional reasons, such as spite for others.

Note: reverse psychology techniques are sometimes referred to as “paradoxical”, because they involve prompting people to do one thing while hoping that they will do the opposite.

For example, reverse reverse psychology could involve telling someone rebellious to not do something, in what seems like an attempt to get them to do it through reverse psychology, while in reality you’re trying to push them to not do that thing after all.

How to use reverse psychology

The following is a list of the main ways in which you can use reverse psychology in practice:

There are many situations where you can use reverse psychology, and different approaches to it will work better in different situations. For example, if you’re trying to get a rebellious person to do something, and you know that they defy authority figures as a matter of principle, your preferred course of action will likely be to forbid the target behavior that you want them to engage in. On the other hand, if you want to get someone to agree with your stance but know that they always disagree with everything you say, you can express support for the stance that’s opposite from the one that you truly support, if you believe that this will cause your target to argue in favor of your original stance.

In addition, you also need to make sure that you’re not acting in a way that could backfire and cause the target person to do what you’re suggesting directly, since that’s the opposite of what you actually want them to do. For example, consider a situation where you’re trying to get someone to pick one of two options through reverse psychology, by presenting your preferred option in a negative manner, and hoping that it will cause them to pick it. Here, you will often need to strike a balance between presenting your preferred option in a way that’s negative enough for the reverse psychology to work, but not so negative that it causes the target person to avoid it.

Finally, when using reverse psychology, you generally want to do so in a matter that’s as subtle as possible given the circumstances, to avoid having the other person notice it. Specifically, if the target person realizes what you’re doing then the reverse psychology will generally fail and they will often not act the way you want them to. Furthermore, because this technique is inherently manipulative, it can damage your relationship with the other person if they figure out what you’re doing.

Deciding whether to use reverse psychology

There are two main dangers that are associated with using reverse psychology:

Furthermore, you should consider the likelihood that the other person will follow the original course of action being suggested instead of the reverse and the consequences of this happening. The more likely this issue is to occur, and the worse its consequences are, the warier you should be about using reverse psychology.

Finally, note that because the use of reverse psychology can be problematic from a moral perspective, you also want to ask yourself whether it’s something that you truly want to do, even if the risks involved are minimal. When doing this, it can help to keep the golden rule in mind, which denotes that you should treat others the way you want to be treated yourself.

However, there are two important caveats to keep in mind with regard to this:

How to deal with someone using reverse psychology on you

The first step to dealing with someone using reverse psychology is to realize that they’re doing it. To do this, ask yourself what’s the likelihood that the person who you think is using reverse psychology is pretending to push you in a certain direction in order to get you to do the opposite. When in doubt, take the time to slowly think through the situation, and consider factors such as what this person stands to gain from pushing you in a certain direction, and how they’ve acted toward you and toward others in the past.

Furthermore, make sure to account for the possibility that the other person is trying to use reverse reverse psychology on you, rather than simple reverse psychology. However, to avoid falling into a thinking trap, where you obsess over endless possible levels of manipulations, try to not go beyond just a few levels of deception. Instead, focus on simply assessing the situation to the best of your ability.

Once you’ve successfully identified that someone is attempting to use reverse psychology on you, you need to choose your optimal course of action. Some notable things you can do are the following:

When you do this, try to consider the situation and your options in a non-emotional manner. You can use various debiasing techniques to help you with this; for example, you can slow down your reasoning process and write things down to help you think, or you can create favorable conditions for decision-making by creating some distance from the person who’s using the reverse psychology.

Overall, to deal with someone using reverse psychology on you, you should first recognize what they’re doing. Then, you should think through your options in a rational manner and pick your best course of action, which can include things such as asking the other person for more information, calling them out for their use of reverse psychology, or following an entirely different course of action than the ones that they mentioned.

A formal scientific term that’s sometimes used to refer to the concept of reverse psychology is strategic self-anticonformity. The rationale for this term is that the person using the reverse psychology technique is publicly acting in a way that contradicts their true intentions for strategic reasons (i.e. to get someone else to follow a certain course of action). This term is adapted from the diamond model of social response, which was later developed into the double diamond model of social response, primarily by researchers Paul R. Nail and Geoff MacDonald.

In addition, because reverse psychology revolves around getting a person to defy what they’re told to do directly, it is sometimes referred to as a defiance-based technique, in contrast with compliance-based techniques, which revolve around getting a person to comply with what they’re told. However, reverse psychology as a whole is sometimes referred to as a compliance technique, since it is used to get people to comply with an intended course of action, even if they’re not aware that they’re complying.

There are some related psychological phenomena that are associated with the concept of reverse psychology. These include, most notably: