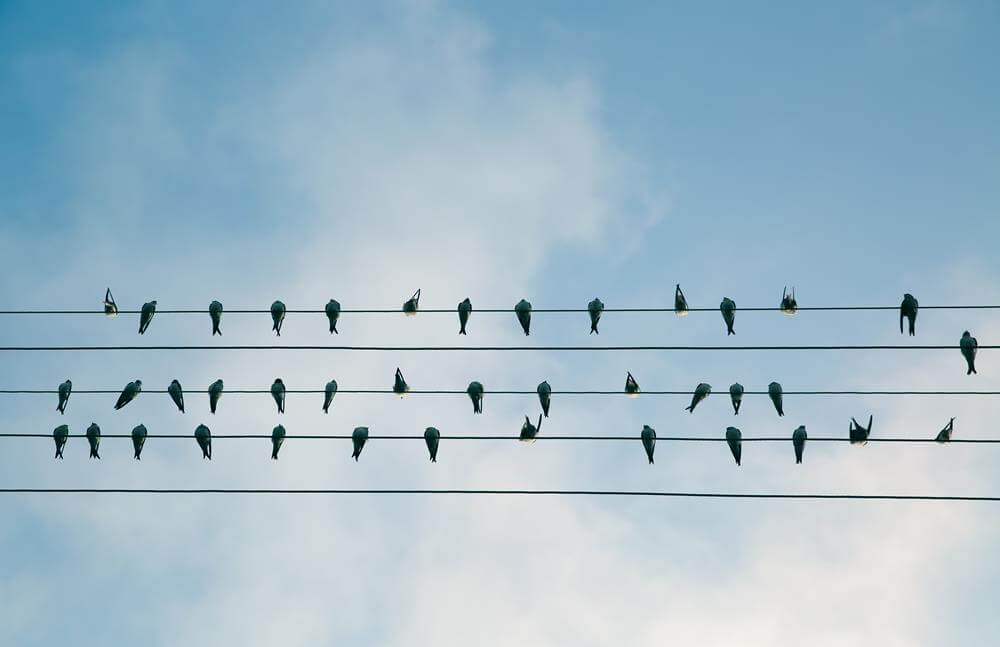 The bandwagon effect is a cognitive bias that causes people to think or act in a certain way, because they believe that others are doing the same. For example, the bandwagon effect can cause someone to adopt a certain political ideology, simply because influential people in their social circle have adopted the same ideology.

This form of thinking can affect various types of decisions that people make, including how they dress, which political candidate they vote for, and what ideologies they adopt. Because this effect is so prevalent, and because it can have such a powerful effect on people, it’s important to understand it. As such, in the following article you will learn more about the bandwagon effect, understand why people experience it, and see what you can do in order to account for its influence.

Examples of the bandwagon effect

There are various areas of life where the bandwagon effect can influence people:

Overall, these examples demonstrate how the bandwagon effect can influence people’s thinking and decision-making in a wide range of situations.

Note: in the political context, the bandwagon effect is sometimes referred to as rally-around-the-winner effect or as the follow-the-winner effect, when it causes people to support a candidate simply because they believe that that candidate is about to win. Furthermore, a related but inverse effect is the underdog effect, which occurs when people decide to support a candidate that is viewed as the one who is less likely to win.

Why people experience the bandwagon effect

The main reason why people experience the bandwagon effect is that it serves as a heuristic, which is a mental shortcut that people instinctively use in order to make a decision quickly.

Specifically, bandwagon cues, which are signs that other people believe something or are doing something, can trigger the thought that “if other people like this, then I should too”. This is based on the intuitive notion that other people’s judgment is worth relying on, and on the assumption that it can be beneficial to think in the same way as others.

One example of this is the fact that when people rate news articles, they tend to give higher ratings to articles when they believe that those articles cover a topic that is also covered by other news agencies, since this serves as a signal of the importance of the story.

Furthermore, there are other factors that lead people to experience the bandwagon effect, beyond the use of social cues as a mental heuristic.

One such factor is people’s desire to conform with others, and to act in accordance with what others are doing, because they don’t want to stand out or act against the crowd.

Two others factors which play a role in certain scenarios are people’s desire to support a winning individual or group, and people’s desire to support what they believe is the majority opinion. These factors are important in the context of political voting, for example, where people often experience the bandwagon effect when choosing which candidate to support, which causes them to support the leading candidate, even in cases where this choice conflicts with their beliefs.

Overall, the main reason why people experience the bandwagon effect is that they rely on other people’s judgment when making decisions, which prompts them to make decisions that are similar to those made by others. Furthermore, there are other factors that can cause people to experience the bandwagon effect, such as their desire to conform, and their desire to support the winner in a given competition.

How the bandwagon effect spreads

In general, the bandwagon effect means that the more people believe a certain concept or engage in a certain behavior, the more likely other people are to follow in their footsteps and do the same. The bandwagon effect can therefore become a large-scale social phenomenon, and affect the way in which crowds shape their behaviors and beliefs.

However, though the bandwagon effect can explain why people support a certain concept on a large-scale once it has gained a sufficient following, it does not, by itself, explain how such a following appears in the first place.

A good way to illustrate how an initial crowd or following can form and spread is through the example of the medical sciences, which are generally viewed as rigorous, objective, and empirically-driven, which makes the existence of a bandwagon effect there interesting, and which helps demonstrate just how universal this concept is.

One paper on the topic, titled “The Bandwagons of Medicine“, describes some of the factors which can lead a problematic new medical concept or treatment to gain momentum and become mainstream:

This demonstrates how a new concept, which is originally promoted by only a single advocate or a small group of advocates, can quickly grow and become widely popular, even when lacking sufficient supporting evidence.

Though this example focused on the topic of medicine, similar processes can occur in other fields, such as fashion and politics, as we saw in the earlier examples of how the bandwagon effect can influence people. In all of these fields, what happens is that a new concept gains a small following, and once this following grows to a sufficient size, a large-scale bandwagon effect begins, which causes more people to support this concept, in increasingly large numbers.

This is evident, for example, in the way in which new technologies and trends are adopted, through a process which is referred to as the diffusion of innovations. In this process, there are five classes of people: innovators, early adopters, early majority, late majority, and laggards, and as more people adopt the new technology, more people who were initially reluctant to do so also change their mind and hop on the bandwagon.

Note: a related concept, which demonstrates how the bandwagon effect can influence societies on a large scale, is the availability cascade, which is a self-reinforcing process through which a certain stance gains increasing prominence in public discourse.

Variability in the bandwagon effect

For example, when it comes to politics, people who are strongly invested in their current political party generally won’t vote for an opposing party just because it’s doing well in the polls. However, people who are unsure who to vote for in the first place might be swayed by such polls, especially if they don’t have strong preexisting political beliefs, which demonstrates the unsurprising fact that people who are undecided on a certain topic are more likely to be influenced by what other people think about it.

This means that the bandwagon effect can often be limited in its scope, and influence only a small proportion of the population. However, this small proportion might still be enough in order to have a significant impact on the situation, and the fact that the bandwagon effect plays a role in so many contexts and affects even highly-trained professionals means that it’s an important cognitive bias to be aware of.

How to avoid falling for the bandwagon effect

Since the bandwagon effect is a cognitive bias, you can reduce the impact that it has on you by using various debiasing techniques, which improve your ability to assess situations to make rational decisions. Essentially, your goal in using these techniques is to minimize your tendency to intuitively use social cues as the key factor when making important decisions.

For example, here are some things that you can do in order to reduce the degree to which you are influenced by the bandwagon effect:

While these techniques can all help you minimize the social influence that you experience while making a decision, when you account for the bandwagon effect you should also remember that social cues aren’t necessarily bad.

This means that you don’t want to avoid social cues entirely, and that you can certainly use them as one factor to consider when you’re weighing your options before making a decision. Furthermore, there are situations where it can be beneficial to follow the majority opinion, or to adopt something that has already been accepted by others.

For example, if you’re trying to decide which book to read or which product to buy, you can certainly rely on the ratings and reviews that other people left on it, while also taking other relevant factors into consideration.

As such, when it comes to accounting for the bandwagon effect, you should not avoid social cues entirely. Rather, you should strive to be aware of the way in which these cues could influence your decision-making, and try to minimize the impact that the bandwagon effect has on you, so you can take these cues into account in an emotionally-neutral way, which will allow you to make a rational decision.

How to take advantage of the bandwagon effect

Because the bandwagon effect is so prevalent and powerful, there might be situations where you will want to take advantage of it.

For example, you could choose to openly display social proof or bandwagon cues, in order to signal to other people that there is support for whatever it is you are promoting. Such cues can take many forms, from pictures of large crowds at a speech that you gave, to positive ratings on a movie poster, to blurbs from influential people on a book cover.

Video-sharing sites demonstrate the benefits of displaying these cues, since people often use popularity cues such as the number of views that a video has in order to decide whether to watch it or not.

Essentially, if you want to take advantage of the bandwagon effect, you can do so in an effective manner by figuring out the answers to the following questions:

Of course, there’s no need to reinvent the wheel when it comes to doing this. In many cases, once you figure out what you are trying to promote and who you are trying to promote it to, you can look at previous examples of similar things that were promoted to similar audiences, and take ideas from them regarding how you can take advantage of the bandwagon effect as effectively as possible.