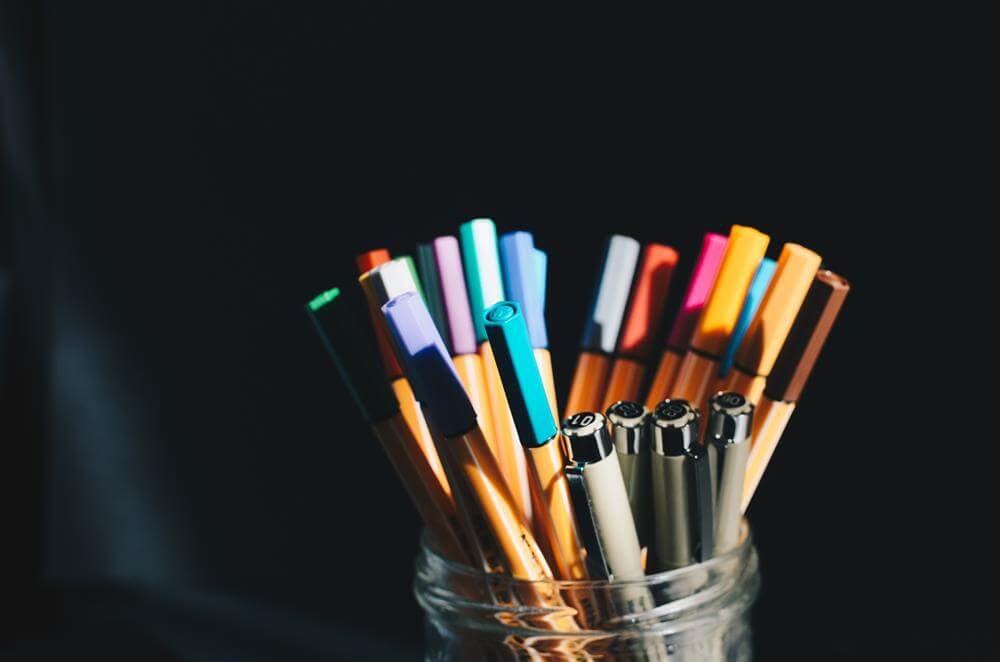 Interleaving is a learning technique that involves mixing together different topics or forms of practice, in order to facilitate learning. For example, if a student uses interleaving while preparing for an exam, they can mix up different types of questions, rather than study only one type of question at a time.

Interleaving has been shown to facilitate people’s learning in a variety of domains, both when it comes to traditional subjects within academic settings, such as history and math, as well as when it comes to other fields, such as music and sports. Accordingly, the term interleaving effect is used to refer to the psychological phenomenon where people learn better when they use interleaving, compared to when they use blocked practice.

Because interleaving can be such a beneficial technique, it’s worth understanding it. As such, in the following article you will learn more about interleaving, and see how you can implement it yourself,  either in your own learning or while teaching others.

In addition, there are many other ways in which interleaving can be used in educational contexts. For instance:

Furthermore, interleaving can also be beneficial in a wide variety of other contexts.

For example, interleaving is beneficial when it comes to musical education, where it can help people learn how to play new musical pieces. One way in which interleaving can be used in this context is described in a study on the topic, which found a beneficial effect of interleaving:

Finally, another example of interleaving appears in the case of sports such as basketball and badminton, where it can be used to facilitate the acquisition of important motor skills. For instance, interleaving can help an athlete learn how to throw a ball more effectively, by encouraging them to practice throws from different distances and from different directions in an alternating manner, as opposed to throwing the ball under the exact same conditions many times in a row.

Overall, examples of interleaving appear in a variety of domains. Though this technique is most commonly associated with learning and teaching in classroom-based educational settings, where its use by students is generally prompted by teachers, interleaving can also be applied in a wide range of other settings, including in self-driven learning, and in learning that involves non-academic fields.

Research shows that interleaving offers various benefits, such as improved retention of new information, faster acquisition of new skills, and improved mastery of existing abilities, a phenomenon that’s referred to as the interleaving effect. For example:

Overall, interleaving offers various benefits when it comes to the learning process. These benefits make interleaving a good learning technique to use in various situations, especially since it’s often simple to implement, as it generally doesn’t require any special resources.

Why and how interleaving works

One notable mechanism that interleaving is attributed to is contextual interference. Essentially, mixing material increases interference during the performance of a task, which promotes the use of effective learning strategies by learners. This, in turn, leads to better learning of the material, in terms of factors such as retention of information, and in terms of people’s ability to transfer information and skills effectively across contexts and domains.

Another notable mechanism that interleaving is attributed to is discriminative contrast. Essentially, mixing material helps learners notice the similarities and differences between the different concepts that they’re learning, which helps them learn those concepts better.

Overall, the benefits of interleaving are attributed to a number of cognitive mechanisms, due to the varied ways in which interleaving can benefit learners, as well as the varied ways and situations in which interleaving can be implemented. These mechanisms include increased contextual interference, which prompts learners to use learning strategies, and increased contrast between concepts, which helps learners identify the similarities and differences between those concepts.

Overall, while spacing and interleaving are closely related, they are separate phenomena, which can interact with each other in a way that either facilitates or hinders learning, depending on factors such as the type of material being learned.

Note: a closely related phenomenon, which is said to underlie the interleaving effect in some cases, is the distributed-practice hypothesis, which in this context suggests that it’s advantageous to spread interactions with related concepts over a study session, rather than to study them together.

How to use interleaving

To use interleaving effectively in learning and teaching, you should decide what material to interleave and how to interleave it. Furthermore, it’s important to keep in mind some important caveats about interleaving, such as that it can be hard for learners to engage in it than in blocked practice, and that interleaving isn’t always the best technique to use.

In the following sub-sections, you will learn more about these considerations, so you can use interleaving as effectively as possible. However, even without taking all this information into account, you should be able to use interleaving effectively in many situations, especially if you evaluate its effectiveness over time and adjust accordingly.

Decide what to interleave

Note that there is no single right way to engage in interleaving, since the effectiveness of this technique depends on a wide range of factors, such as the type of material involved, the environment in which the material is learned, and the learners’ preferences and abilities.

As such, you should assess the situation when deciding what material to interleave. Furthermore, if possible, you should also evaluate the effectiveness of your chosen interleaving approach, and experiment with different approaches to find the one that works best in your particular circumstances.

Decide how to interleave

Once you decide what to interleave, you need to decide how to interleave. This involves two main considerations:

For an example of this, consider a situation where you decide to interleave three topics that you need to study for your exam, represented by the letters A, B, and C.

The following is an example of a blocked study schedule, where you focus on one topic at a time, and finish studying that topic before moving on to the next one:

If you decide to interleave these topics, you might then decide to mix them so that you only spend a short amount of time on each topic, before moving on to the next one, in a systematic manner. This is represented by the following study schedule:

Similarly, you can decide to interleave topics consistently, but to spend more time on each topic before moving on to the next one, as in the following schedule:

Alternatively, you can decide to interleave topics only at the end of the study session, as in the following schedule:

Finally, you can decide to interleave the topics in a random manner, in which case you might end up with the following schedule:

Alternatively, you can decide to interleave in a partially random manner, for example by deciding that you won’t work on any single topic more than twice in a row, in which case you might end up with a schedule such as this:

As in the case of deciding what kind of material to interleave, there is no single right way to decide how to interleave material, since the effectiveness of this technique depends on a wide range of factors.

As such, when deciding how to interleave, you should assess relevant factors, such as the type of material involved and the learners’ preferences. Furthermore, you should evaluate the effectiveness of the interleaving approach that you’ve used, and if possible also experiment with other approaches to find out which work best in your particular circumstances.

Remember that interleaving can be hard

Furthermore, interleaving can sometimes hinder performance in the short-term, despite generally leading to better learning outcomes in the long-term. This means that during a study session, you might feel that you had a harder time studying and ended up with worse outcomes by choosing to use interleaving instead of blocked practice, even though in the long-term you end up learning better by using interleaving.

Finally, people often underestimate the effectiveness of interleaving, and therefore assume that it’s less effective than blocked practice even in situations where the opposite is true.

Although interleaving can often be beneficial, it’s not always the best option, since in some cases, it’s no better than blocked practice, and can even be worse. For example, one study found that when it comes to learning how to pronounce foreign vocabulary words, blocked practice benefited learners more than interleaving did, meaning that learners benefited more from practicing the pronunciation of words when those words were grouped together based on similarities in pronunciation, compared to when they were not.

Overall, the main thing to remember is that although interleaving can be beneficial, it’s not always the best option. As such, you should assess your particular situation to determine whether interleaving is worth using, and if possible also evaluate the effectiveness of this technique compared to alternatives.