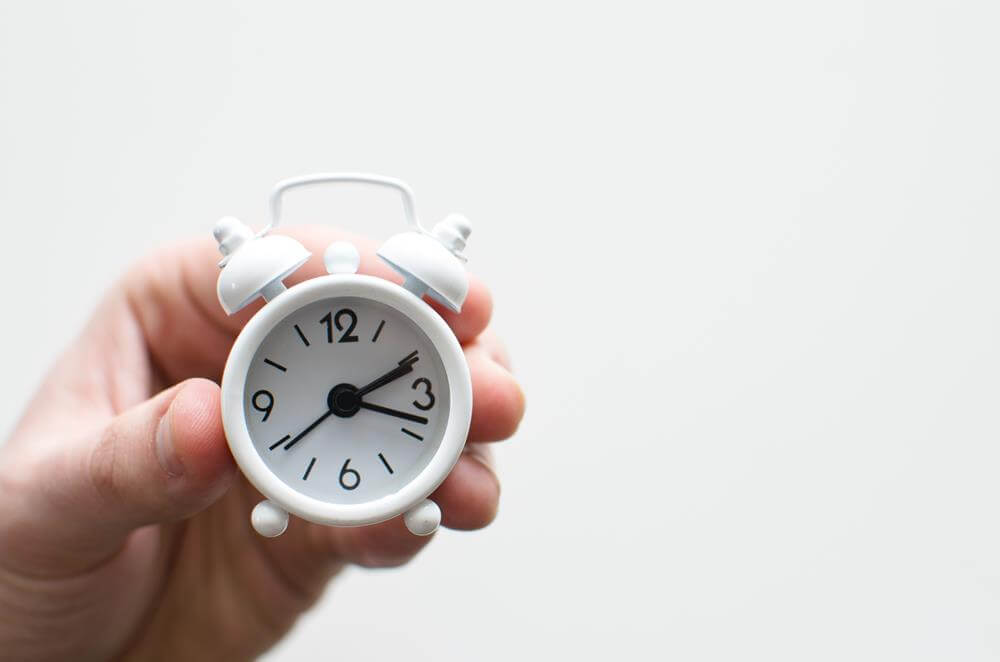 Parkinson’s law is the adage that “work expands so as to fill the time which is available for its completion”, which signifies that the more time we dedicate to a certain task, the longer it will take to complete it, even if we could have gotten the task done just as well in a shorter period of time.

For example, according to Parkinson’s law, if we’re given a week to perform a task that it can normally take us a day to complete, then we will end up unnecessarily stretching our performance of that task, until it takes us a week to complete it.

Parkinson’s law has important implications in a variety of situations, both when it comes to increasing our own productivity, as well as when it comes to predicting other people’s behavior. As such, in the following article you will learn more about Parkinson’s law, and see how understanding it can benefit you in practice.

The phenomenon described by Parkinson’s law has been observed in a number of scientific studies, which show that when people are given extra time to complete a task, they will generally take advantage of that time, even if they don’t really need, and it doesn’t lead to better performance on the task.

Furthermore, this effect sometimes extends to subsequent attempts to perform the same task. That is, if someone is given extra time to perform a task the first time around, they will generally take longer than necessary to complete the task again in the future, even if you remove the explicit instructions giving them extra time.

The best-known example of Parkinson’s law has been described in the article where this concept was first proposed:

“It is a commonplace observation that work expands so as to fill the time available for its completion. Thus, an elderly lady of leisure can spend the entire day in writing and despatching a postcard to her niece at Bognor Regis. An hour will be spent in finding the postcard, another in hunting for spectacles, half-an-hour in a search for the address, an hour and a quarter in composition, and twenty minutes in deciding whether or not to take an umbrella when going to the pillar-box in the next street. The total effort which would occupy a busy man for three minutes all told may in this fashion leave another person prostrate after a day of doubt, anxiety and toil.”

Furthermore, Parkinson’s law can affect people’s behavior in a wide variety of situations.

For example, students will often take as long to finish an assignment as they are given, so that regardless if they’re given a week, a month, or a whole semester, they will likely finish the work right before the deadline.

Similarly, contractors will often take as long to complete a task as they are allotted, even if they could complete it in less time than that.

The underlying principle behind Parkinson’s law extends to other areas beyond personal productivity.

For example, researchers examining public management found that “contracting expands to consume the administrative resources available for its generation and management”. This means that just as people tend to take up as much time as they have available when they need to complete a task, contractors tend to use all the available resources that they can, regardless of whether they need them or not.

Similarly, other studies showed that “the growth of bureaucratic or administrative bodies usually goes hand in hand with a drastic decrease of its overall efficiency”. Essentially, the more workers are allocated to perform certain tasks, the less efficient each of them becomes. This mirrors the previously discussed decrease in efficiency that accompanies an increase in the time allotted to a certain task.

Overall, we can summarize the most basic version of Parkinson’s law by saying that once resources are allocated to a specific task, we tend to use them even in cases where they are unnecessary.

Taken together, these tendencies cause most people to work in an inefficient and wasteful way. By learning to account for Parkinson’s law, using the methods which we will see in the next section, you can learn to work more efficiently, and boost your productivity.

Note: Parkinson’s law should not be confused with Parkinson’s law of triviality, which is a related concept proposed by Parkinson, and which describes a phenomenon where people spend a relatively large amount of time, energy, and other resources dealing with relatively minor issues.

How understanding Parkinson’s Law can help you be more productive

To account for Parkinson’s law in your work, you need to start each task by identifying its scope, and trying to determine how much time it will realistically take to complete it.

You can accomplish this by using artificial time constraints, which research shows can lead to higher outputs. Each constraint will apply to a specific task. For short-term tasks, for example, you might use a timer with a set amount of minutes, while for long-term tasks you might choose to work with a date-based deadline.

If you end up seeing that more time is necessary, that’s fine. However, try to complete the task before the allotted time runs out, if it’s possible to do so without compromising the quality of your work.

Doing this ensures that you don’t fall into the trap of using the extra time that you have when you don’t really need it. Of course, if you end up seeing that you need less time than you originally thought, try and finish the task early, rather than let it drag on.

Other applications of Parkinson’s law

While the examples which we saw so far focused on Parkinson’s law primarily under the context of how much time you should spend on tasks, the same considerations also apply to other resources, such as money and effort. This means that you shouldn’t just pour resources into a certain task just because they’re available, if there is no compelling reason to use them.

To avoid this pitfall, you should first ask yourself what beneficial outcomes you can expect to gain in return for the resources that you intend to invest. You want to make sure that the ratio between outcomes-gained to resources-used is good enough that it’s worth it for you to use these resources.

Similarly to when considering how much time you should spend on a certain task, the goal here is to ask yourself “what resources do I need in order to complete this task”, rather than just taking advantage of all the resources that you have, even when they’re not necessary.

In addition, it’s important to keep in mind that accounting for Parkinson’s law can also help you collaborate more effectively with other people. Specifically, you can use the techniques that you saw here in order to set goals and constraints in collaborative work, in a way that ensures that your workflow is as efficient as possible.

“If you wait until the last minute, it only takes a minute to do.”

– The Stock-Sanford corollary to Parkinson’s law

The key thing to remember when accounting for Parkinson’s law is that when choosing how much time or others resources to dedicate to a task, you should choose an amount which ensures that you don’t waste anything needlessly, but which simultaneously ensures that you don’t compromise the quality of your work.

That is, when accounting for Parkinson’s law, you should focus on setting realistic time/resource constraints, and making sure that you abide by them whenever possible. This is as opposed to doing things such as setting minimal time constraints, which will guarantee that you don’t spend too much time on each task, but which can result in subpar work.

For example, if you know that a certain task takes around 10 minutes to complete, you won’t be able to cram it into 2 minutes and still do a good job, and you shouldn’t try to either. Rather, your goal here should be to identify the fact that it takes about 10 minutes to complete the task, and set that as a time limit, to prevent yourself from wasting 30 minutes on it just because you can.

Note: the term ‘Stock-Sanford corollary’ is an example of circular reporting or citogenesis. Specifically, its first appearance in literature appears to be in the Wikipedia article on Parkinson’s law, where it was added by an anonymous user who did not provide any supporting references. Later, its initial appearance in the Wikipedia article led to its use by other writers, whose work eventually ended up being used as a reference on Wikipedia in support of this term.