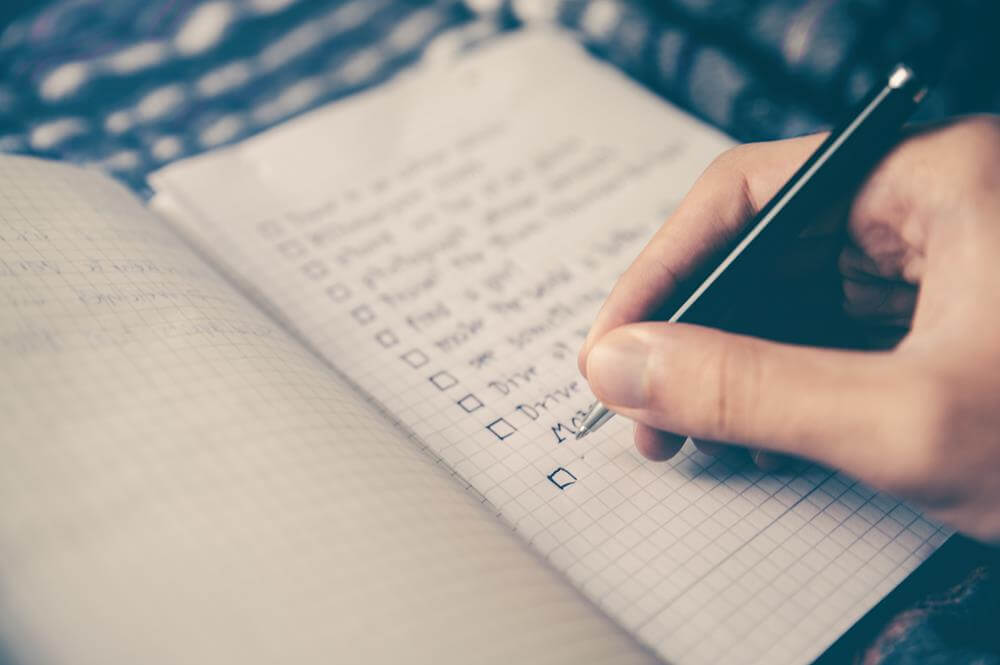 The principle of good enough suggests that you should identify the point past which putting more resources into something won’t improve it in a meaningful manner, so you should finish with it and move on.

Essentially, this means that you should embrace the idea that good enough is good enough, instead of wasting valuable resources—such as time, money, and effort—by pouring them into a place where they won’t make a meaningful difference.

For example, if you’re revising a paper that you wrote, there will be a point where it’s already good enough that going over it again won’t make a meaningful difference in its quality, so you’ll simply be wasting your time by doing so, time which you can instead spend on more valuable activities.

The principle of good enough can be useful in a variety of situations, particularly when it comes to boosting your personal productivity, so it’s worthwhile to understand it. As such, in the following article you will learn more about this principle, and see how you can implement it as effectively as possible.

Some examples of situations where the concept of good enough can guide people’s work are the following:

However, note that in all of these cases, it’s important to make sure that the level defined as ‘good enough’ is actually good enough for your purposes.

Similarly, if you send a book out for feedback before you’ve actually revised it to a level where it’s good enough, people might not be willing to finish it, or won’t be able to give you helpful advice. Likewise, if you launch a product that’s not actually good enough, it might fail because of this, and therefore cause you to lose resources and miss out on a good opportunity, simply because it was missing some crucial features that you should have included.

Overall, these examples highlight the value of the good enough principle, while at the same time demonstrating the importance of making sure that when you implement it, you should do so with proper care, by making sure that the level that you designate as ‘good enough’ is actually good enough.

Implementing the principle of ‘good enough’

Implementing the principle of good enough does not mean that you should necessarily strive to do low-quality work. Rather, it means that you should clearly identify what good enough means in your particular circumstances, based on the outcomes of your work and what you’re hoping to achieve. This will vary in different scenarios, and in some cases your standard for good enough might end up being quite high.

For example, when preparing an academic paper for publication, the end result will generally have to be of high quality in order for it to get accepted in a prestigious journal. Since your first draft usually won’t be good enough for this, you will likely have to revise the paper several times in order to get it to the necessary level.

This is where the concept of good enough comes into play. While revising the paper is certainly necessary, eventually you’re going to hit the point of diminishing returns, where going over the paper no longer leads to any significant improvements in quality. This might occur on your 3rd, 5th, or even 10th draft, but in the end, you will reach a point where additional revisions result in only minor, inconsequential changes, that do not substantially increase the quality of the paper.

In this situation, the key to using the principle of good enough is to identify at what point you will no longer benefit from additional work on the paper, and to then submit it to your target journal once you get to that point.

If you know that you generally struggle with letting go once you reach the ‘good enough’ point, you can decide to set hard deadlines in advance, before you start your work, based on your prior experience. For example, in the case of writing a research paper, as described above, this can include things such as:

Most importantly, you should remember that there is always a cost to doing extra work, whether it’s in terms of time, money, effort, or some other resource. When this cost isn’t worth it, that’s the point where you should stop working, and move on to the next thing that you need to do.

Overall, the key to implementing the principle of good enough is to identify what your good enough point is, and then stop once you get there. The standard for what good enough means for you can be as low or as high as necessary; the important thing is to set this standard using a proper reasoning process.

Note: one thing that can help you implement this principle in practice is reminding yourself, where appropriate, that ‘done’ can be far better than ‘perfect’.

The 80/20 rule can be a helpful concept to keep in mind when it comes to determining what good enough means for you in any particular situation. Specifically, this rule states that roughly 20% of the work that you do will be responsible for 80% of the outcomes, which means that the more work you put into something past a certain point, the lower the return you will get on your investment of time and effort.

When implementing the good enough principle, you can take this rule into account, and decide at what point your efficiency, in terms of cost/benefit ratio, becomes low enough that additional work doesn’t lead to enough benefits in order to be worth it. This doesn’t have to be exactly based on an 80/20 distribution; for example, in your case it might be that 30% of the work will give you 90% of the benefits, and so you choose to set your good enough point there.

Note that this is a slightly different approach than looking only at the outcome that you hope to achieve when determining what your good enough point is, since this also actively takes into account the resources that you have to utilize.

This can be advantageous, since it can help you assess the situation from a new perspective when determining what your good enough point is. At the same time, however, it’s important to not allow such considerations to lower your good enough point to an unacceptable level, simply because this highlights the work that you will have to do in order to get there.

To avoid this pitfall, make sure to always ask yourself whether your good enough point is actually good enough given what you hope to achieve, and avoid allowing almost good enough to become good enough for you.

Parkinson’s law is the adage that “work expands so as to fill the time which is available for its completion”, which signifies that the more time we dedicate in advance to a certain task, the longer it will take to complete it, even if it could have been completed in a shorter period of time.

Implementing the principle of good enough can help you avoid this issue in some cases. Specifically, by deciding on a clear good enough point from the start, you can decide how much time you truly need to dedicate to a task, which will help you set realistic time constraints for yourself from the start. Furthermore, by identifying a clear good enough point, and stopping as soon as you get to it, you will be able to save time when you end up finishing a project early, even if you didn’t plan to do so originally.

The problem with perfectionism

“Perfect is the enemy of good.”

Perfectionism is a personality trait that is characterized primarily by striving for flawlessness.

This trait can manifest in a relatively positive way, when it pushes people to set high standards and work hard. However, it can also manifest in a relatively negative way, when it causes people to pursue unattainable goals or to waste time focusing on unimportant details, while often also being overly critical. This negative form of perfectionism is both inherently problematic, and furthermore is also associated with various mental health issues, such as stress, anxiety, and depression.

In addition, in many cases, a general problem with perfectionism is that it can serve as an excuse that we give ourselves in order to procrastinate and delay the moment when we have to take action and risk failure. For example, if we’re afraid to make our work public because we worry that it will be accepted badly, we might keep developing our work indefinitely, under the false guise of trying to perfect it.

When it comes to implementing the principle of good enough, perfectionism can be both a reason why you would want to implement this principle, as well as an obstacle that you have to overcome in order to do so successfully.

Essentially, if you’re prone to perfectionism, implementing the principle of good enough can help you avoid many of the common pitfalls associated with this trait, such as the tendency to wait too long before making your work public. At the same time, however, being a perfectionist can also make it harder for you to implement this principle, because it contradicts your desire to make sure that things are as perfect as possible.

When it comes to successfully implementing this principle despite your perfectionism, there are various techniques you can use, such as: