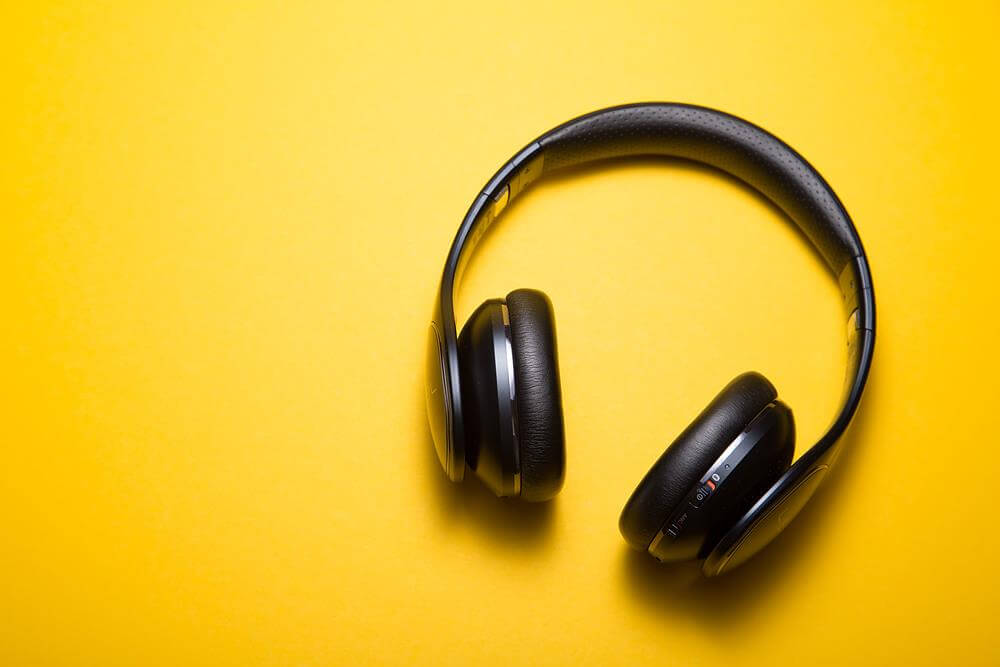 Many people like to listen to music or background noise while they perform various activities, such as working, studying, or exercising. Research shows that this can be beneficial, since music and background noise offer a range of benefits when it comes to factors such as productivity, creativity, concentration, and mood.

The benefits of music and background noise

Note that many of these benefits are interrelated. This means, for example, that when music leads to improved mood, that can improve people’s concentration, and consequently also improve their performance on related tasks.

In addition, music and background noise can lead to additional benefits beyond the domains of work and study. Most notably:

Finally, certain populations can benefit in unique ways from certain types of music or background noise. For example, some types of white noise have been shown to help people who have ADHD, by reducing their ADHD symptoms and improving their cognitive performance.

Overall, research shows that listening to music and background noise can offer various benefits, including improved cognitive performance, improved task performance, improved concentration, increased energy levels, and improved mood. These benefits mean that listening to music or background noise can be highly beneficial in a variety of circumstances, especially since it is often relatively easy to set them up.

Caveats about the benefits of music and background noise

Though research suggests that music and background noise can have some substantial benefits, there are some important caveats to keep in mind.

Finally, music and background noise can also be harmful in some cases. For example, if music is too loud, then it might actually reduce people’s productivity, instead of increasing it, because they find it distracting. Similarly, background noise can be unpleasant and distracting, for example when it comes to background talking sounds in an open office environment. As with the previous issues, this too can be influenced by factors such as the preferences of the individuals involved and the type of task that they’re engaged in.

Why music and background noise are beneficial

There is no single mechanism that is responsible for the benefits of music and background noise. This is unsurprising, given the various cognitive and neural mechanisms that are involved in the way we perceive music and noise, and given the large range of benefits that music and noise can lead to.

For example, some of the cognitive benefits that background noise can lead to are attributed to a phenomenon known as stochastic resonance (or stochastic facilitation), which in this context refers to the improvement in the ability to perceive a weak signal, as a result of the addition of an optimal level of white noise. However, this in itself raises questions regarding the exact mechanisms through which stochastic resonance leads to such improvements. One study, for instance, states that “Our results suggest that the beneficial effects of auditory white noise on learning depend on dopaminergic neuromodulation and enhanced connectivity between midbrain regions and the [superior temporal sulcus]—a key player in attention modulation.”.

In addition, as noted above, many of the benefits of music and background noise are interrelated, meaning that an improvement in one domain can lead to improvements in other domains. For example, it’s possible to attribute some of the benefits of music in terms of task performances to the positive effect that music has on people’s mood, which essentially means that music causes people to enjoy performing tasks more, which in turn causes them to perform better on those tasks.

Overall, various cognitive and neural mechanisms are responsible for the different benefits of music and background noise. Furthermore, many of these benefits are interrelated, meaning that an improvement in one domain can lead to improvements in other domains.

Note: much of the research relating to these mechanisms behind our perception of music are explored in the field of neuromusicology.

How to pick what music or background noise to listen to

As such, when deciding what music or background noise to listen to, it’s important to pick something that works well for you in your particular circumstances. This means, for example, that you shouldn’t listen to music that you don’t enjoy just because it’s often recommended by others, since such music is likely to offer you little to no benefits.

In particular, when deciding what to listen to and what volume, you should take two main types of factors into consideration:

One of the main advantages of music and background noise is that they’re generally easy to set up and modify. As such, don’t be afraid to experiment, and try out different styles until you figure out what works best for you.

In the following sections, you will see some additional information regarding the optimal choice of music and background noise. The important thing to keep in mind is that while this information can help guide your choices, it is ultimately up to you to figure out what to listen to, based on your specific situational and personal considerations.

What type of music to pick

When it comes to listening to music while working or trying to concentrate, it is sometimes recommended to avoid songs that contain lyrics, since lyrics can be distracting. If you still want to listen to music with lyrics, consider listening to songs with lyrics that are less distracting, for instance because there’s not much of it, because it’s relatively repetitive, or because it’s in a foreign language that you don’t understand. However, keep in mind that lyrics might not be an issue when it comes to certain tasks, such as exercise, and that, as noted in the previous section, some people might be able to listen to music with lyrics without any adverse effects.

In addition to avoiding music with lyrics while you’re trying to concentrate, you might also want to avoid songs that contain complex, varied, or extreme structures, in terms of factors such as the speed of the instruments or their loudness, since this might also be distracting. This means that you should look for music that has a relatively consistent rhythm as well as a narrow range of sound levels. However, as before, keep in mind that this depends heavily on the activity that you’re engaged in and on your personal preferences.

In terms of recommended music, classical music is often said to be especially beneficial when it comes to cognitive performance, a phenomenon that has been referred to as the Mozart Effect. However, much of the research on the topic has been criticized, meaning that even if the performance benefits from classical music exist, they are likely similar to the benefits offered by other types of music or background noise. This doesn’t mean that classical music isn’t a good choice, but rather that it shouldn’t generally be seen as exceptionally beneficial compared to other types of music, especially given the substantial situational and personal variation involved.

Finally, video-game soundtracks are also often recommended as a good type of music to have in the background. Though there is little scientific research on the topic, the rationale behind this recommendation is that the video-game soundtracks are generally meant to be played in the background, and help the person listening to them maintain concentration on the task at hand. There is obviously quite a bit of variation between the soundtracks of different games, and between different tracks within the same game, so you will have to spend some time searching for the sort of video-game music that suits your needs, as with any other type of music.

Overall, as noted earlier, the best type of music to listen to depends on factors such as the activity that you’re engaging in and your personal preferences. Nevertheless, common recommendations for background music include consistent music without lyrics, as well as video-game soundtracks.

What type of background noise to use

Sometimes, instead of listening to music, it can be better to listen to some type of background noise, because its better given the activity that you’re engaged in or your personal preferences.

In general, it is preferable to choose sounds that are relatively consistent and moderate, and that don’t contain distinct human speech. Such noises can include, for example, the sound of light rain, the sound of wind, or the sound of waves.

Different types of background noise are sometimes categorized using color terminology, which includes most notably white noise, but also other colors, such as pink noise and red noise (also referred to as Brownian noise). These different types of sounds all different properties, and as such they will appeal to different people in different scenarios.

How loud should the music or background noise be

As with the decision regarding what to listen to, the decision of how loud it should be also depends on situational and personal factors. In general, however, music and background noise should be loud enough that you can hear and benefit from them, but not so loud that it distracts you, causes hearing damage, or bothers others.

One general guideline that you can keep in mind is that, when it comes to listening to music while you work, it is sometimes recommended that sound levels should be around 65 dB – 75 dB, where 70 dB is about as loud as a normal conversation taking place a few feet away from you.

Sometimes silence is the best options

Despite the many potential benefits of music and background noise, it’s important to remember that silence is sometimes the best option. For example, if you’re at a place where the only available music is music that you dislike or find distracting, then you might prefer to simply do your best to reduce how loud and distracting it is.

Furthermore, silence can also be beneficial in other situations, in which music or background noise might have some sort of a negative influence. For example, if you’re working on a verbal task that requires a lot of concentration, or if you’ve been listening to music for a while now and need a break, then you might prefer to not have any music on.

As such, if you feel that music or background noise is hurting you in some way, turn it off or find some way to block it. This is a perfectly acceptable course of action, since there’s substantial variability in the influence of music and noise, and since you’re the one who is generally in the best position to determine whether music and noise are helping or hurting you in a particular situation.

Selecting music or background noise for others

In some cases, you might be in a situation where you have the option of selecting music or background noise for others, with the goal of making it beneficial. If this happens, the main thing to remember is that music and background noise aren’t always beneficial, and it’s important to take into account situational and personal factors when deciding what kind of music to play.

This means, for example, that even though you might find a certain type of music beneficial, someone else might find it distracting. As such, before choosing which music or background noise to put on, and how loud to make them, consider what you’re hoping to accomplish with them, and what the other people involved would prefer. Whenever possible, ask those people for their input, and modify the music or background noise based on their preferences as much as you can.