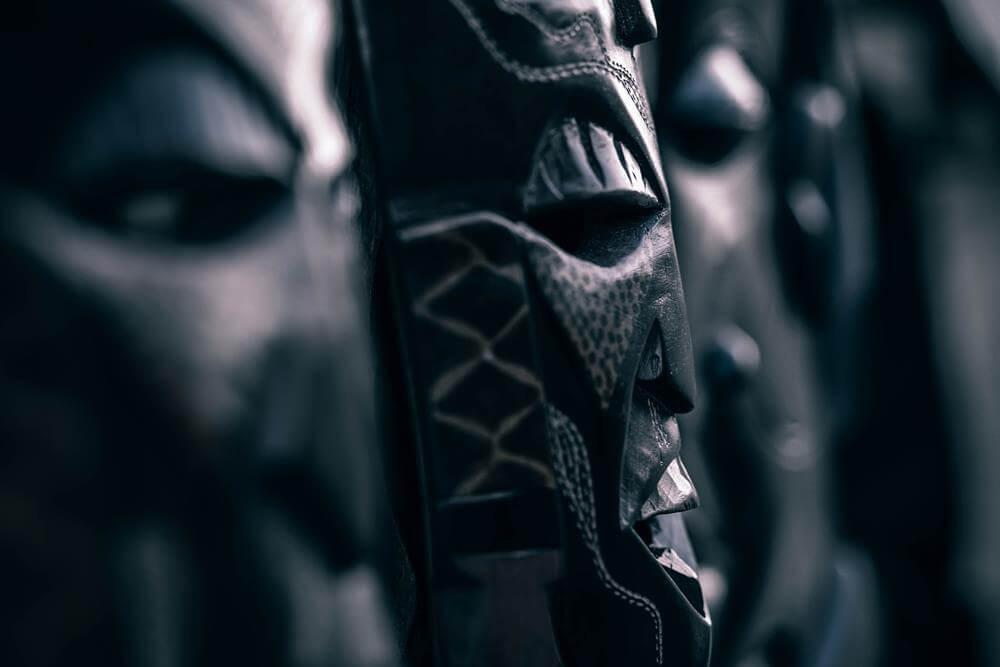 The masked-man fallacy is a logical fallacy that is committed when someone assumes that if two or more names or descriptions refer to the same thing, then they can be freely substituted with one another, in a situation where that’s not the case.

The masked-man fallacy can play a subtle but important role in debates on various topics, so it’s important to understand it. As such, in the following article you will learn more about this fallacy, and see how you can account for it in practice.

To understand the masked-man fallacy, it’s useful to first see a simplified explanation of the difference between intensionality and extensionality, as it pertains to this topic:

In this example, we’re discussing the underlying entity that is responsible for the action in question. As such, since Bruce Wayne is, in fact, Batman, it’s true that if Batman saved Gotham, then we can say that Bruce Wayne saved Gotham.

Premise 1: The citizens of Gotham know that Batman saved their city.

Conclusion: The citizens of Gotham know that Bruce Wayne saved their city.

Essentially, even though Bruce Wayne and Batman are both essentially the same person, the fact that people know something about one of them doesn’t mean that they know the same thing about the other.

Based on this, we can say that people commit the masked-man fallacy when they substitute the different intensions (terms) which are used to refer to the same extension (thing), in an intensional object, where doing so is impermissible from a logical perspective. As such, the masked-man fallacy is a formal fallacy, meaning that its reasoning is rendered invalid by a flaw in its logical structure.

Note that a related concept is the identity of indiscernibles (also referred to as Leibniz’s law), which denotes that if two entities share the exact same properties, then they are identical. However, what people know or think or say about an entity is not considered a property of an entity, so it’s not always possible to freely substitute these two entities, even if they’re identical.

Alternative names of the masked-man fallacy

The masked-man fallacy is also known by other names, including, most notably, the following:

Examples of the masked-man fallacy

A classic example of the masked-man fallacy is the following:

Premise 1: I know who my father is.

Premise 2: I don’t know who the masked man is.

Conclusion: The masked man is not my father.

In general, the masked-man fallacy is committed when someone discusses people’s knowledge of something, or their propositional attitude toward it, which represents things such as their beliefs, hopes, desires, and fears. However, this fallacy can also occur in other situations, such as when quoting what someone had said. For example:

Premise 1: Alex said that Spiderman is a superhero.

Conclusion: Alex said that Peter Parker is a superhero.

The argument in this example is fallacious for the same reason as the argument in the previous example, with the only difference being that in this argument, what is being discussed are a person’s statements instead of their knowledge. Specifically, in this case, the masked-man fallacy is committed because it’s assumed that since someone said something about a certain character (Spiderman), then they necessarily also said that thing about another character (Peter Parker), just because these two characters are the same person.

Note that, when it comes to arguments and debates, the use of the masked-man fallacy can be more subtle than in these examples.

Furthermore, it’s often used in conjunction with other fallacies, and especially with the strawman fallacy, which involves distorting an opposing stance, in order to make it easier to attack. This can be achieved by stating that someone’s support for one aspect of a person or an idea means that they also support a different aspect of them, even if the person in question doesn’t actually support that aspect, or was unaware of it entirely.

For example, consider the following exchange:

Bob: So you’re saying that you support the plan to fire thousands of teachers.

In this example, Bob is twisting Alex’s stance in order to make it easier to attack, by using an invalid substitution. Specifically, while it’s possible that Bob is indeed correct, and that the plan that Alex is supporting (reducing the education budget) will have the outcome that Bob describes (firing thousands of teachers), that doesn’t mean that this is what Alex is supporting in his mind.

This distinction is crucial, since, as we saw above, people’s knowledge of something and their feelings toward it are distinct from its actual properties. As such, even if the plan in question will have the same outcome that Bob predicts, it’s incorrect to assume that Alex knows or supports this.

Accordingly, if Bob wants to avoid using the masked-man and strawman fallacies in this case, he can make a slightly different argument against Alex’s stance, as in the following example:

Bob: The problem is that this plan will lead to the firing of thousands of teachers.

Here, Bob presents a similar argument against the plan that Alex supports, but this time he argues against it directly, and doesn’t use fallacious reasoning to suggest that Alex directly supports the problematic aspect of that plan.

How to respond to the masked-man fallacy

In order to counter the use of the masked-man fallacy, the main thing that you can do is point out and explain the flaw in the logic of the person who is using it. Specifically, when someone is substituting two terms that refer to the same entity in a situation where the distinction between those terms matters, you can point out this issue, and explain why their argument is fallacious.

However, while this approach is, in theory, the valid way to deal with this issue in someone’s logic, in practice doing this won’t always help you change an opponent’s mind when, for several reasons.

First, understanding this fallacy can sometimes be difficult for people, which could cause them to simply reject your explanation. Second, focusing on the logical issue in someone’s reasoning can cause you to neglect to address the main point that the other person is trying to make. Furthermore, in cases where people use this fallacy against you in a debate, if you focus too much on the issue in their reasoning, there is the risk that you will appear to implicitly agree with their overall point.

Therefore, when responding to someone’s use of the masked-man fallacy, you generally want to use a simple and intuitive explanation of the issue in their reasoning, that they will be able to easily understand, or to use some other approach, such as asking them to properly support their statement. Then, you should move on, and address the main point that the other person is trying to make.

For example, consider the following discussion:

Bob: So you’re saying that you support the plan to fire thousands of teachers.

Alex: I am definitely not saying that I support such a plan. When did you hear me say that?

Bob: Well, you might not think that, but this will be the outcome of the plan to reduce federal education coverage.

Alex: I disagree with what you’re saying. What the plan is actually proposing is…

Here, Alex first calls out the flaw in Bob’s reasoning, while simultaneously asking him to justify his statement. Then, after Bob adjusts his original, fallacious argument, Alex moves on to argue against the main attack on his stance.

Avoid unintentional use of the masked-man fallacy

It’s important to keep in mind that you might be using the masked-man fallacy yourself, in various situations. As we saw above, this happens whenever you substitute different names or descriptions with one another, because they refer to the same thing, in a situation where it’s inappropriate to do so.

Accordingly, you should make sure to examine your reasoning process properly, and ensure that you’re not using this fallacy. In particular, you should be wary when discussing what people know, how they feel, or what they say, since most uses of the masked-man fallacy occur when discussing these things.

Most notably, when addressing other people’s beliefs, you should make sure to always address their beliefs as they were originally stated, rather than substituting those beliefs with something that you feel is an equivalent.

Doing this is beneficial because it ensures that you avoid using fallacious reasoning, and because it will likely make the other person more willing to listen to what you want to say.