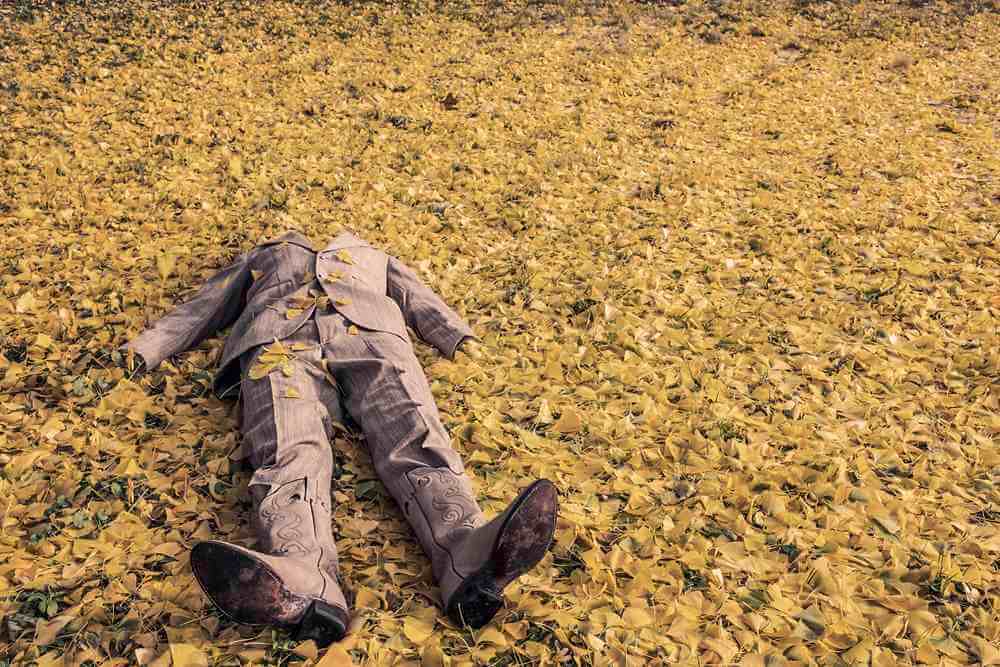 A strawman is a fallacious argument that distorts an opposing stance in order to make it easier to attack. Essentially, the person using the strawman pretends to attack their opponent’s stance, while in reality they are actually attacking a distorted version of that stance, which their opponent doesn’t necessarily support.

For example, if someone says “I think that we should give better study guides to students”, a person using a strawman might reply by saying “I think that your idea is bad, because we shouldn’t just give out easy A’s to everyone”.

Because strawman arguments are frequently used in discussions on various topics, it’s important to understand them. As such, in the following article you will learn more about strawman arguments, see examples of how they are used, and understand what you can do in order to counter them successfully.

How a strawman works

In general, the use of a strawman consists of the following three stages:

The following is a typical example of a strawman argument:

Teaching assistant: the homework assignment was much harder than we thought, so I think we should give a few extra points to students who completed it.

Professor: that’s a terrible idea. If we give everyone a perfect score for no reason, students won’t bother working hard in the future.

In this example, the professor uses a strawman argument, by misrepresenting their assistant’s stance in three ways:

In doing all of this, the professor makes it much easier for themself to attack their assistant’s stance.

Keep in mind that it doesn’t matter whether the overall claims of the professor who is using the strawman are true or not (i.e. that if everyone got a perfect score for no reason, then students won’t work hard in the future). This is because the professor’s argument is a fallacious misrepresentation of their opponent’s stance, meaning that it’s entirely irrelevant to the discussion in the first place.

Another example of a strawman is the following:

Alex: I think that a bigger portion of our company’s budget should go to customer support, because we’re currently struggling in that area.

Bob: if we spend all of our money on customer support like you’re suggesting, we’ll go bankrupt in a year.

In this example, Bob is using a strawman, when he distorts Alex’s original stance in order to make it easier to attack. Specifically, while Alex proposes that the company should spend a bigger portion of their budget on customer support, Bob attacks the idea that the company should spend all of their budget on customer support, which is a different, much more extreme stance (i.e. a strawman).

There are countless ways to distort an opposing view when using a strawman. Common ways to do so include:

In addition, there are various other ways in which people create strawman arguments, which can be as minor as changing small details in their opponent’s original statement, or as major as completely fabricating claims that their opponent has never made in the first place.

However, all of these techniques share one thing in common: they all involve someone distorting the opposing stance, in order to make it easier to attack.

As such, strawman arguments are relatively simple to recognize in discourse. Essentially, when you realize that there is a mismatch between someone’s stance and the stance that their opponent is attacking, it’s a clear sign that a strawman is being used. Nevertheless, in practice it can be sometimes difficult to notice or to be sure whether this type of argument has been used, especially if the person who is using the strawman knows what they’re doing.

How to counter a strawman

A good way to minimize your vulnerability to strawman arguments in the first place is to use clear and definitive language, with as little room for misinterpretation as possible. This makes it more difficult for your opponent to distort your stance, and makes it easier for you to correct them if they attempt to do so.

However, while this reduces the risk of someone using a strawman against you, nothing can prevent someone from using this type of argument if they truly want to, so it’s important to know how to respond to the use of a strawman argument.

In general, there are three main strategies you can use:

Overall, since a strawman argument is fallacious because it distorts the stance that it argues against, the correct way to counter it, from a purely logical perspective, is to point out this distortion. This is also the most effective choice for countering the strawman in most cases, but there are some situations where it is better to use an alternative approach, by either ignoring the strawman or accepting it.

Accounting for an audience

Strawman arguments are often used during debates that are being viewed by people who are not a part of the discussion itself. The presence of such an audience is important to take into consideration when you choose how to respond to a strawman, because it can influence the effectiveness of the different strategies that you can choose from.

Essentially, when arguing in front of an audience, your focus should often be on addressing and persuading them, rather than on persuading your opponent. This is one of the main reasons why people use strawman arguments in the first place, even when they know that doing so won’t help them convince their opponent that they’re wrong.

As such, when choosing which approach to use in order to counter a strawman that is being used against you, think about which one will appeal the most to your audience. Different techniques will work better on different audiences, and some people, for example, might need you to explicitly call out the use of the strawman, while others might expect you to simply ignore it entirely.

Accounting for unintentional use of strawman arguments

As such, as long as it’s reasonable to do so, when responding to a strawman you should begin your response by asking your opponent to justify their use of the strawman, instead of just attacking them for their fallacious reasoning.

Doing this is beneficial not only because it promotes more friendly discourse, but also because it also increases the likelihood that the other person will see the problem with their reasoning and accept their mistake. Furthermore, if there is an audience watching the debate, doing this can improve your image, by showing your willingness to debate in a reasonable and non-confrontational manner.

How to avoid using strawman arguments yourself

It’s important to remember that you might be using strawman arguments unintentionally. If you identify cases where this happens, and specifically if you notice instances where you distort your opponent’s views in order to make them easier for you to attack, try to keep this distortion in mind, and correct it before approaching their argument again.

One way to ensure that you’re not using a strawman is to try to re-express your opponent’s position, and then ask them whether they agree with your description of their position before you start arguing against it. This is the best way to make sure that your opponent agrees with your formulation of their stance, and is a good way to engage in productive discourse.

Now, there may be times where you might choose to use a strawman argument intentionally, for whatever reason. However, keep in mind that while this technique can be persuasive in some cases, research suggests that using this type of argument is not always the best option from a strategic perspective, aside from the inherent logical and moral issues which are associated with using fallacious reasoning.

Specifically, a study on the topic showed that as a rhetoric technique, strawman arguments are useful only when listeners are relatively unmotivated to scrutinize them, meaning that they don’t care much about what’s being said. This is because, when listeners are invested in the discussion and care enough to pay attention to the arguments that are being proposed, the strawman technique is generally ineffective, and can even backfire by reducing the persuasiveness of the person who is using it.

Variants of the strawman

A hollow-man argument is a fallacious argument that involves inventing a weak fictitious position and attributing it to a vaguely-defined group who is supposed to represent an opposing stance, before attacking it in an attempt to discredit that stance.

As such, hollow-man arguments represent a more extreme version of strawman arguments, since while a strawman is a distorted version of an original stance, the hollow-man is an argument that’s almost entirely fabricated, and which has little to do with the stance of the person that it’s meant to represent.

Hollow-man arguments can often be identified through the use of weasel words, which include phrases such as “some say…”, that are not attributed to any specific person or group. This is because the use of such phrases makes the statement vague enough that it’s nearly impossible to refute, while absolving the speaker of any responsibility with regard to their truthfulness.

An iron-man argument is a fallacious argument that involves distorting your own stance in order to make it easier for you to defend. Essentially, an iron-man is constructed in a similar way to the way you would construct a strawman (i.e. by misrepresenting an original stance), but this time it’s in order to strengthen your own stance, rather than to weaken your opponent’s.

One of the most prominent ways to create an iron-man argument is to use vague statements that are easy to agree with, even if they don’t have much to do with your actual point. For example, consider the following exchange:

Reporter: recently, citizens have been complaining that you haven’t actually passed any anti-corruption laws since you were elected, despite your promises. What can you say about that?

Politician: all I can say is that we are working hard to make sure that we do what’s best for everyone, and I just to be sure that we end up doing the right thing. Following our moral compass takes courage in hard times, but only if we remain steadfast in our beliefs will we be able to prosper and grow strong together.

Here, the politician doesn’t say anything that is directly related to the question that they are being asked. Instead, he’s simply making abstract statements that almost anyone would agree with, and adopts this vague agenda as his stance. This means that instead of defending his true actions, he’s arguing in favor of concepts that are much easier for him to defend, such as “doing the right thing”.

The steel-man argument is associated with the principle of charity, which denotes that you should argue against the best possible interpretation of your opponent’s argument. In addition, it’s also associated with Rapoport’s Rules, which are described as follows:

How to compose a successful critical commentary:

— From “Intuition Pumps and Other Tools for Thinking” by philosopher Daniel Dennett, who based these rules on the work of psychologist Anatol Rapoport

Doing this can lead to more productive discussions, and increase the likelihood that your opponent will be willing to listen to what you have to say.

A note on terminology

Some scholars use the term ‘iron-man argument’ to refer to any argument which distorts an original position in order to improve it.