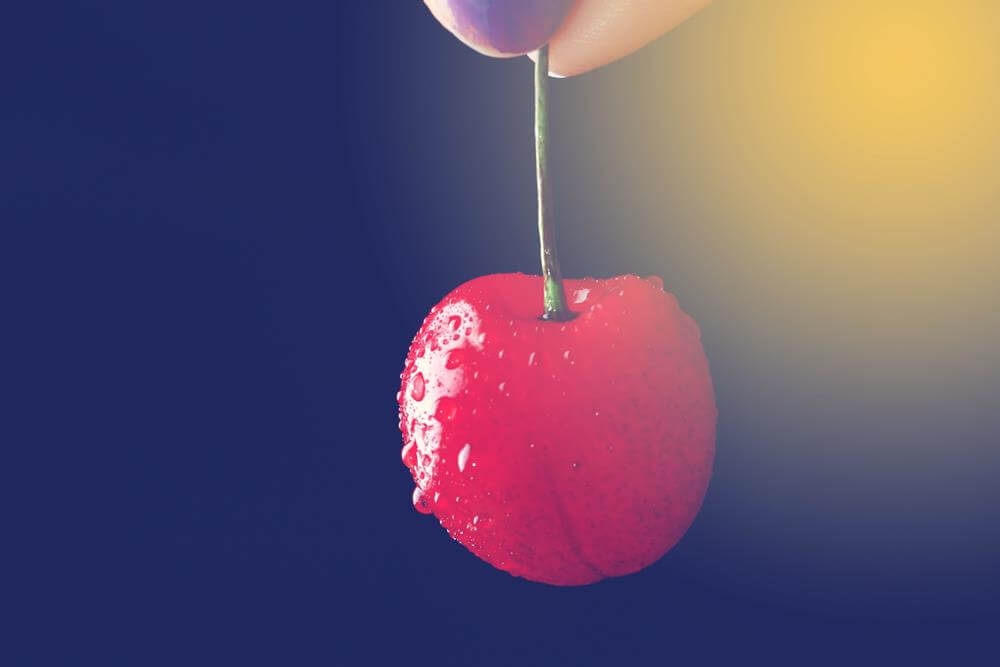 Cherry picking is a logical fallacy that occurs when someone focuses only on evidence that supports their stance, while ignoring evidence that contradicts it. For example, a person who engages in cherry picking might mention only a small number of studies out of all the studies which were published on a certain topic, in an attempt to make it look as if the scientific consensus matches their stance.

Cherry picking is important to understand, since it’s frequently used in many domains, and can affect everything from how people present misleading rhetoric to how they conduct their internal reasoning process. As such, in the following article you will learn more about cherry picking, see examples of how people use it, and understand what you can do in order to respond to its use by others, as well as what you can do to avoid using it yourself.

Cherry picking in the media

Cherry picking is often used by the media, particularly in the case of less reputable media bodies, when they present only one side of a story, or give it disproportional coverage while ignoring facts that could support alternative viewpoints.

For example, consider a situation where a new study, which is based on the input of thousands of scientists in a certain field, finds that 99% of them agree with the consensus position on a certain phenomenon, and only 1% of them disagree with it. When reporting on this study, a reporter who engages in cherry picking might say the following:

“A recent study found that there are plenty of scientists who disagree with the consensus position on this phenomenon.”

Note that the consensus position can certainly be wrong sometimes, and it can be reasonable to point this out or to oppose it directly in certain situations. The issue with cherry picking in this case isn’t that it promotes a point of view which opposes the consensus, but rather that it presents the evidence against the consensus in a misleading manner, by ignoring most or all of the evidence for it.

If the reporter wanted to present the same point of view without engaging in cherry picking, he could have said something along the lines of the following:

“A recent study found that the vast majority of scientists support the consensus position on this phenomenon, but that nevertheless, there are still some scientists who oppose it.”

However, this statement is more complicated and less exciting than the original cherry-picked statement, which is why some media bodies might prefer to use the fallacious statement, even if it’s inaccurate.

Furthermore, if the goal of this statement is to promote a specific agenda (i.e. to get people to believe that the consensus position on this phenomenon is wrong), then the cherry-picked statement will likely be more persuasive and effective in this regard than the accurate one.

Accordingly, cherry picking is frequently used in the media as a rhetoric technique by denialists, who disagree with the scientific consensus on various topics, in an attempt to support their own point of view.

Another common example of cherry picking in modern political discourse appears in situations where politicians cherry-pick information regarding the success or failure of policies which are used in other countries, when attempting to argue in favor or against the implementation of those policies in their own country.

For example, cherry picking can be a part of the problematic HARKing process (hypothesizing after the results are known), in cases where people search through data in order to find the measures, analyses, samples, or interpretations that offer the strongest possible support for their initial hypothesis, despite the fact that doing so affects the validity of their research. Evidence of this issue has been found in many cases, and research has shown, for instance, that cherry picking can significantly influence the results of systematic reviews of randomized clinical trials.

The idea of ignoring conflicting evidence which contradicts a researcher’s main hypothesis been referred to in the scientific community as Occam’s broom, which is “the principle whereby inconvenient facts are swept under the carpet in the interests of a clear interpretation of a messy reality”. This represents a misapplication of the well-known Occam’s razor, which is a principle that suggests that all things being equal, you should prefer the hypothesis that requires the fewest assumptions.

The problem with cherry picking

The problem with cherry picking is that it involves analyzing and presenting existing information in a misleading way, that fails to take all the available information into account.

For example, cherry picking might cause someone to conduct an improper analysis of the scientific literature on a certain topic, if they take into account only the few studies that support their preexisting stance, while ignoring all the studies which contradict it. Similarly, cherry picking might cause someone to paint a misleading picture of the outcomes of a scientific study, if they mention only one of the possible interpretations for those outcomes, while ignoring all the others.

In this regard, the use of cherry picking violates the principle of total evidence (sometimes also referred to as Bernoulli’s maxim), which denotes that, when assessing the probability that a certain hypothesis is true, we must take into account all the available information.

Note that engaging in cherry picking for this reason carries the risk of backlash if people discover the omission of evidence. However, the rhetorical value of this technique often outweighs this potential risk, especially in cases where there is a low likelihood that people will discover the cherry picking or care about it.

The use of cherry picking together with other fallacies

People often use cherry picking in conjunction with other logical fallacies.

For example, people sometimes use cherry picking together with strawman arguments, which are arguments that misrepresent an opposing stance in order to make it easier to attack. A common way to create a strawman argument is to cherry-pick a few specific quotes out of everything that someone said, and then repeat them out of context, in order to misrepresent what that person actually intended to say, a technique which is sometimes referred to as quote mining.

Similarly, cherry picking is also sometimes used as part of arguments that rely on anecdotal evidence in a fallacious manner. This happens in cases where people base their arguments on a few anecdotal examples that support their stance, while ignoring a more comprehensive body of evidence which contradicts that stance.

How to respond to cherry picking

There are two main ways to respond to the use of cherry picking:

When doing this, it’s important to remember that people’s cherry picking might be unintentional. As such, as long as it’s reasonable to do so, you should implement the principle of charity, and assume that the person who engaged in cherry picking did so unintentionally.

This means that you should generally attempt to ask the other person to justify their choice to omit crucial information, rather than attacking them for it outright. Doing this can help you identify situations where your opponent neglected to mention important information not because they chose to ignore it, but because they were unaware of it, and it can make the other person more willing to listen to what you have to say, and therefore more likely to internalize the information that you’re presenting them with.

Furthermore, doing this can also be beneficial in cases where people engage in cherry picking intentionally. This is because doing this can often put your opponent in a defensive position, where they need to justify why they omitted critical information from the discussion, and because this approach can show to the audience, if there is one, that you’re committed to conducting a proper discussion, unlike your opponent.

How to avoid cherry picking

To reduce the likelihood that this will happen to you, the most important question you need to ask yourself is: “is there any additional evidence or possible interpretations of existing evidence that I should be using in my analysis?”. If the answer to that question is “yes”, then try to modify your analysis by taking the additional information into account.

To improve your ability to do this, you can use techniques that are meant to reduce the likelihood of experiencing the confirmation bias. An example of such a technique is to avoid forming a hypothesis too early on, before you’ve had a chance to look at all the available information.

In addition, you can also use general debiasing techniques, such as slowing down your reasoning process, which will further reduce the likelihood that you will end up cherry-picking information.