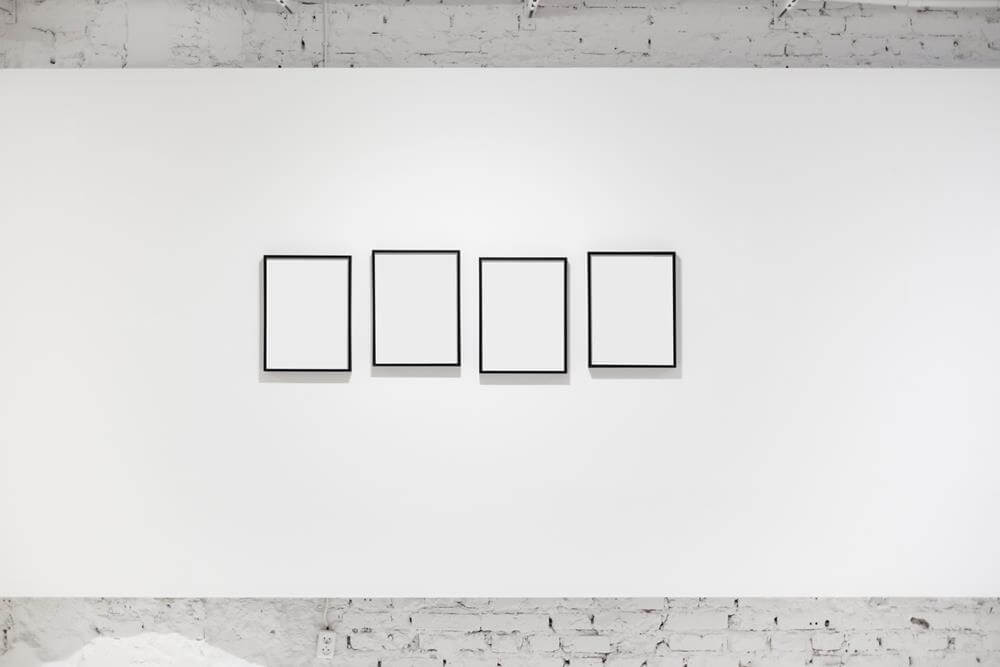 Parsimony is a guiding principle that suggests that all things being equal, you should prefer the simplest possible explanation for a phenomenon or the simplest possible solution to a problem. For example, if you hear barking from inside your house, and you own a dog, it’s more reasonable to assume that you’re hearing your own dog right now, than it is to assume that some other dog snuck in.

Parsimony is a useful concept, which can help guide your reasoning and decision-making in various scenarios. As such, in the following article you will learn more about parsimony, see examples of how it’s used, understand some crucial caveats about it, and learn how you can implement it yourself as effectively as possible.

“In general, we consider it a good principle to explain the phenomena by the simplest hypotheses possible, in so far as there is nothing in the observations to provide a significant objection to such a procedure.”

⁠— From ‘Almagest’ by astronomer Ptolemy (circa 150 CE). This quote was identified by scholar James Franklin in his 2001 book ‘The Science of Conjecture: Evidence and Probability before Pascal‘.

The concept of parsimony is used to help people identify the most reasonable explanation for a phenomenon or the best solution to a problem, based on the complexity of the available options. Specifically, according to the principle of parsimony, when looking for the best explanation or solution, you should select the simplest one, as long as no other criterion can be used in order to choose between the available options.

This has led people to view parsimonious explanations and solutions as being not only preferable, but also more “elegant”. For example, when speaking of code, Doug McIlroy and Jon Bentley are reported to have said that:

“The key to performance is elegance, not battalions of special cases.”

This demonstrates the preference for a clean, generalizable explanation or solution, as opposed to one that needs to be specially tailored to the situation at hand.

Note: the use of parsimony in this manner is sometimes referred to as the principle of parsimony or the law of parsimony. Outside the philosophical and scientific uses of the word, ‘parsimony’ is defined as the quality of being reluctant to spend resources.

A visual example of parsimony

Consider the following diagram, which contains three graphs, all of which share the same original data (the grey points), but each of contains a different model (the blue line), which is used to explain that data:

The first graph (on the left), is an example of a non-parsimonious explanation. This explanation is overfitted to the particular data points which were gathered in this specific situation, meaning that while it does explain those data points, it doesn’t accurately capture the general, underlying phenomenon that is responsible for them, which is what it’s meant to capture.

The second graph (in the middle), is an example of a proper, parsimonious explanation. This explanation accurately captures the underlying phenomenon that is responsible for these particular data points, in a generalizable manner.

The third graph (on the right), is an example of an overly-parsimonious explanation. This explanation is underfitted, meaning that it’s so simple that it fails to accurately capture the underlying phenomenon.

Example of parsimony in everyday life

These explanations demonstrate one of the main reasons why the principle of parsimony is so important: for every phenomenon in existence, it’s possible to generate an infinite number of incorrect explanations, the vast majority of which will be complex, convoluted, and highly-specific to the situation at hand.

Since these explanations, which are generally referred to as ad hoc hypotheses, are often difficult and costly to test, the principle of parsimony is a powerful tool that we can use in order to reject them in favor of more reasonable explanations for phenomena that we observe.

Furthermore, in some cases, these hypotheses might be difficult or impossible to falsify. For example, it’s possible to hypothesize that every time you click the light switch in an attempt to turn it off, an undetectable alien who lives in your room shoots a darkness field around the light bulb, after having disabled the light switch when they first moved into your room.

While this sounds ridiculous, keep in mind that people have been known to believe similarly ridiculous things throughout history. This is why parsimony is so important: because it forces you to stick to the simplest and most reasonable explanation, unless you have compelling evidence which suggests that this explanation is wrong.

In this case, this means that if the light turns off when you click the light switch, the most reasonable explanation to choose is that this happened because the switch is working as it should, and not due to any other reason. If you find further evidence which suggests that this explanation could be wrong, then you should revisit your initial hypothesis, and revise it accordingly. Otherwise, however, you should stick with it, since it’s the explanation that’s most reasonable to accept.

Example of parsimony in science

The concept of parsimony often plays a role in scientific research, where more parsimonious explanations are generally preferred.

Though the principle of parsimony was proposed in many formulations throughout history, it’s most frequently operationalized through Occam’s razor, which was proposed by philosopher William of Ockham, who said that “plurality should not be posited without necessity”, and in an earlier case also said that “it is useless to do with more what can be done with fewer”.

As such, Occam’s razor is a philosophical razor, meaning that it’s meant to serve as a guiding principle that helps find the most likely explanation for a phenomenon. It essentially represents the most common use of the principle of parsimony, though parsimony can also serve as a guiding principle in other situations beyond trying to find the best explanation to a phenomenon, such as when trying to find the best possible solution to a problem.

The principle of parsimony represents a type of an abductive heuristic, since it’s meant to help observers find the most reasonable but not necessarily true explanation for a certain set of observations, based on logical inferences.

Abductive reasoning is contrasted with deductive reasoning, which is a form of reasoning which leads to a conclusion that is logically certain. This distinction is important to keep in mind, since the use of parsimony is meant to guide you toward the most reasonable explanation for a phenomenon based on what you know, but not necessarily toward the one that is right.

For example, in medicine, diagnostic parsimony generally guides physicians to assume that if a patient is displaying multiple symptoms, then those symptoms should be attributed to a single medical condition. However, this assumption can be false in some situations, as noted in Hickam’s dictum, which is the adage that “patients can have as many diseases as they damn well please”.

Another example that illustrates this concept in the field of diagnostic medicine is the zebra principle, which states that “when you hear hoofbeats, think of horses, not zebras”. This principle denotes that if a patient’s symptoms could equally fit either a relatively common medical condition (represented by the horses) or a relatively rare condition (represented by the zebras), then the diagnostician should assume that the patient suffers from the more common condition. However, this principle doesn’t guarantee that patients will necessarily suffer from the more common condition; rather it suggests that in the absence of evidence which suggests otherwise, it’s simply more likely that they suffer from this condition rather than from the more rare one.

Overall, while theories that are simple and elegant are generally preferable, that doesn’t mean that they are necessarily right. As such, it’s important to keep in mind that even though parsimony is a useful guiding principle, which can help you find the most reasonable explanation for a phenomenon, it cannot help you determine whether that explanation is right.

Parsimony is only one criterion

People sometimes become overzealous when applying the principle of parsimony, when they assume that the simplest explanation or solution is necessarily the best one. However, parsimony is generally intended to serve as only one of the criteria that helps you select which of several options is best.

For example, if you’re writing code and trying to decide between several possible approaches, parsimony is certainly a factor that should be taken into account, but it’s not the only one. Other factors, such as readability, efficiency, and effectiveness must also be considered.

Though such factors are often correlated with parsimony, this correlation is rarely perfect, and it’s important to look at all of these factors and assess their importance when it comes to picking your preferred approach. For instance, a complex piece of code might be chosen over a simpler one, if the more complex option is better able to achieve the intended result.

The idea that parsimony shouldn’t be overapplied has been suggested in different formulations by various philosophers and scientists throughout history. The most famous of these formulations was proposed by Walter of Chatton, a philosopher who proposed the Chatton Principle, which is the adage that:

“If three things are not enough to verify an affirmative proposition about things, a fourth must be added, and so on.”

He later expanded this to the following formulation:

“Whenever an affirmative proposition is apt to be verified for actually existing things, if two things, howsoever they are present according to arrangement and duration, cannot suffice for the verification of the proposition while another thing is lacking, then one must posit that other thing.”

“The variety of beings should not rashly be diminished.”

Finally, renowned physicist Albert Einstein is reported to have said that:

“… the supreme goal of all theory is to make the irreducible basic elements as simple and as few as possible without having to surrender the adequate representation of a single datum of experience.”

The following quote, which is also generally attributed to Einstein, conveys this concept, which is sometimes referred to as Einstein’s razor, more concisely:

“Things should be made as simple as possible, but not simpler.”

Note: some of the above concepts are sometimes referred to as anti-razors or counter-razors, since they are considered to contradict the well-known Occam’s razor, at least to some degree, though in practice, many of them merely refine it. However, these concepts are still generally considered to be philosophical razors, since they’re logical tools that are meant to help the observer find the most likely explanation for phenomena that they encounter.

The concept of parsimony can be a useful tool to implement, in situations where you’re trying to find an explanation for a phenomenon or a solution to a problem.

This means that when implementing this principle, you should make sure to first evaluate all the possible options based on the relevant criteria, and try to find the best ones. Then, if necessary, you can use parsimony in order to help you choose between those top few options, by picking the explanation or solution which is the simplest and most generalizable.

However, when you use parsimony as a criterion for choosing between several available options, remember to always be wary, and keep in mind that parsimony is only one of several criteria that you should use, and that the most parsimonious explanation isn’t guaranteed to be the right one.