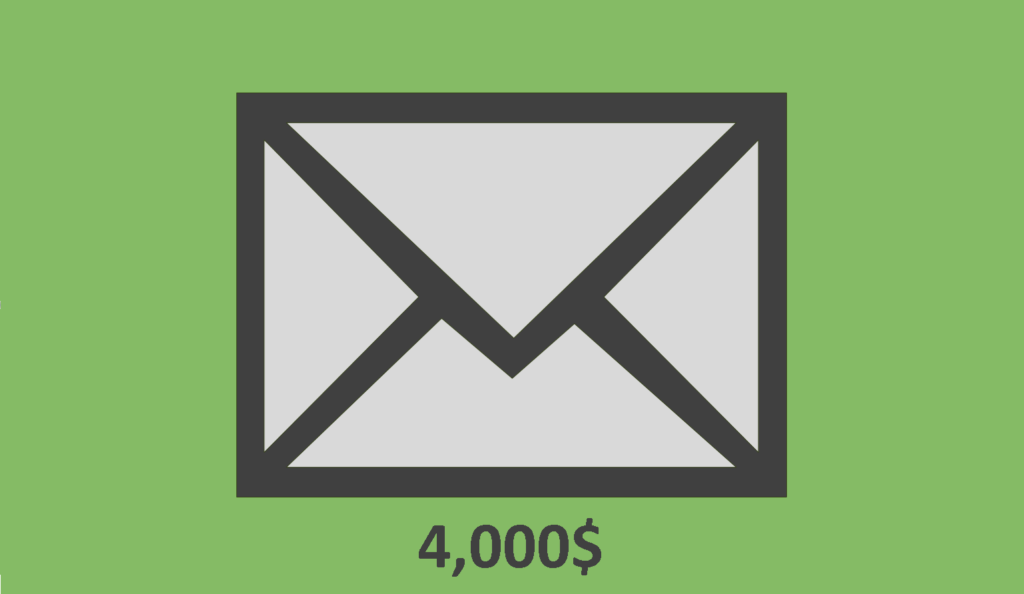 In game theory, a smart player accounts for the fact that the choices that other players make reveal a lot about their position. This article will show you how this concept works and how you can take advantage of it, by looking at the example of the Money Envelope game.

Richard and Bob are the final contestants in a game show called “The Money Envelope”. As the winners of tonight’s episode, the host gives each of them one of five possible envelopes. They know the following things:

Before we start, note that this example involves some simple math. You don’t have to follow the specific numbers too closely; what matters is the concept behind it all.

In the current game, Richard opened his envelope and found $2000. Based on the rules, he knows that Bob got either $1000 or $4000, with equal probability.

However, Bob is thinking the exact same thing, regardless of whether he got $1000 or $4000 in his envelope:

Based on this, we would assume that both players want to make the switch. However, what happens is that both contestants end up choosing to keep their original envelope. How come?

The issue here is that if both Richard and Bob are perfectly rational, and both know that the other person is also perfectly rational, then an exchange is never going to take place. We can see why by considering the situation step by step, starting from a slightly different angle:

The main takeaway from the Money Envelop game is this: in certain situations, your opponent’s moves or their willingness to conduct certain moves can tell you a lot about their position, and you can use this information in order to make optimal decisions for yourself.

Similarly, based on various background factors, such as the type of negotiation that you’re conducting and the other person’s reputation, you might reach a different conclusion based on their willingness to agree to your demands.

For example, if you’re looking to buy a second-hand car from someone, and they are surprisingly willing to reduce their initial asking price, it’s possible that there is an issue with the car that they’re not disclosing, which means that you should be much more cautious about the trade. This represents the well-known saying that if a deal looks too good to be true, then it probably is.

Overall, the important thing to remember is to be aware of your opponent’s moves, and of their willingness to conduct certain moves, so that you can get clues about their position. When implementing this principle, it’s important to try and notice any deception on your opponent’s part, since people can sometimes bluff or disguise their moves and intentions, in order to make it more difficult for you to discern their position.

A note on the math

This setting is based on the two envelopes problem, which usually focuses on a situation where a single person is given two envelopes, and is allowed to switch between them. However, the scenario in this article involves two players, who are engaged in a zero-sum game, since one contestant’s gain is exactly balanced by the other contestant’s loss.

Based on studies that analyze the two-envelopes problem, it is possible that the assumption that each player stands to gain from making the switch may be inherently flawed, which is why it was originally termed the exchange paradox. Many papers which address different variations of the paradox have been published, and each offers a different explanation for the math behind it. However, so far no consensus on the topic has been reached.

Nevertheless, the exact math behind this problem isn’t crucial, since the logic behind the players’ decision to keep their envelope, as presented here, still holds.

The basis for this strategy and example comes from “The Art of Strategy: A Game Theorist’s Guide to Success in Business and Life”. It’s a good read for someone looking to understand basic game theory and how it applies to real-life situations.