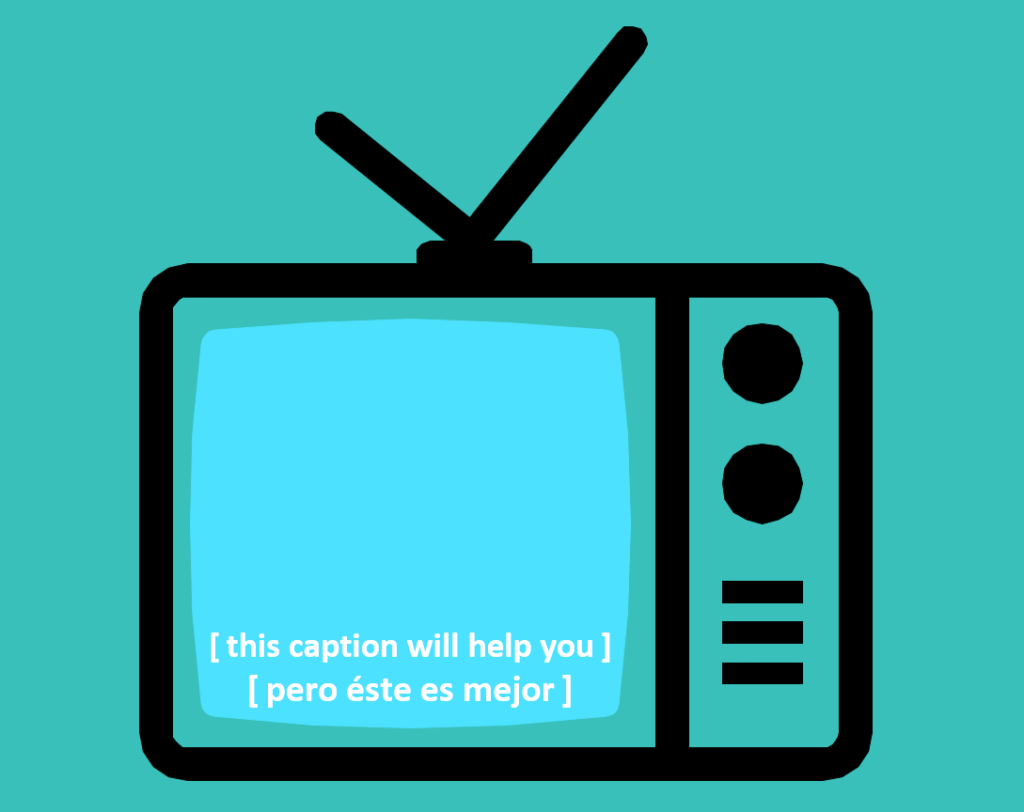 When you learn a new language, it’s important to get a lot of exposure to it. One of the best ways to do this is by watching movies and TV shows in your target language.

In general, it’s better for you to watch foreign-language videos with subtitles, rather than without them. However, this gives rise to a question: what’s the best type of subtitles to use? This is an important question, because a simple modification, in terms of the type of subtitles that you use, could have a significant impact on the effectiveness of your learning process.

In the following article, we will see which subtitles are most effective, and how the choice of which subtitles to use varies based on which stage you’re at in the learning process.

Overall, it appears that it’s generally preferable to use foreign-language subtitles as opposed to native language subtitles, though the difference isn’t huge. In addition, keep in mind that your preference could depend on how well you speak the foreign language.

Specifically, while foreign-language subtitles tend to lead to better learning outcomes for most people, students who are just beginners might struggle with them. As such, if you have only limited proficiency in your target language, it might be better for you to use subtitles in your native language first, until you feel comfortable with having both the audio and the subtitles in the foreign language.

Other types of subtitles

Next, we will see two other types of viewing schemes, which are less commonly used, but still worth considering, since they can be valuable in your learning process.

Reverse subtitles are subtitles in the foreign language, which appear together with a soundtrack in the native language. In some areas of language learning, such as vocabulary learning, these subtitles can be preferable to native-language subtitles on a foreign-language soundtrack.

Reverse subtitles are especially beneficial if you’re a beginner, since they can help you get exposure to your target language in a comfortable environment, where you don’t feel overwhelmed by constantly struggling to understand what the characters are saying.

In addition, they are beneficial since they offer a great way to get some relatively passive exposure to your target language; just enable the foreign-language subtitles while watching your regular shows, and you’ll notice yourself using them more and more, as you manage to pick up bigger units of texts.

However, the disadvantage of reverse subtitles is that using them means that you’re not developing your proficiency in several important areas of the language, and especially in terms of your listening skills. This doesn’t mean that you shouldn’t use these subtitles at all, but it does mean that they can’t be the only type of subtitles that you use throughout the learning process.

Overall, reverse subtitles can be beneficial, but it’s important to keep their limitations in mind. If you’re a beginner, they offer a great way to achieve exposure to your target language in a comfortable environment that encourages things such as vocabulary acquisition. However, because using them means that you’re not exposed to the sounds of your foreign language, as your language proficiency grows, you should starting using other types of subtitles too.

Dual subtitles are subtitles that use a foreign-language soundtrack, together with subtitles in both the foreign and the native language. This means that these subtitles provide the most information out of all types of subtitles. This can be advantageous, by giving you as a learner more valuable input, but the problem is that there is often not enough time to process all this input while watching a show.

Note that some platforms offer a special type of dual subtitles, where you only see the foreign-language subtitles normally, but hovering over a specific word shows you its native-language translation, while pausing the show.

Overall, this type of subtitles can be highly valuable, as long as you can find a platform where it works well, and as long as using it doesn’t cause you to feel overwhelmed while watching your show.

Other considerations to choosing which subtitles to use

First, it’s important to keep in mind the fact that the earlier you are at the language-acquisition process, the more input in the native language you’re probably going to need. As you improve your proficiency in the target language, you will be able to handle more foreign-language input, but as with any other type of learning, this is a process that takes time.

In addition, it’s important to remember that there is a lot of variation in people’s personal preferences. This means that different people learn in different ways, and can benefit more from using different materials. As such, when choosing which subtitles to use, experiment and try different things, until you find the solution that works best for you.

Finally, remember that the most important factor to consider with regard to choosing which subtitles to use is your motivation to engage in the learning process. If you won’t engage with material in the target language, then you won’t be able to learn it.

Therefore, if you find yourself not watching things because the material is too difficult, it’s better to switch to something that you’re comfortable with (e.g. native-language subtitles), as long as it means that you’re actually engaging with foreign-language material in some way. At the same time, however, be aware that language learning can be difficult sometimes, and that eventually, you need to advance to the more complex material, even if it seems scary at first.