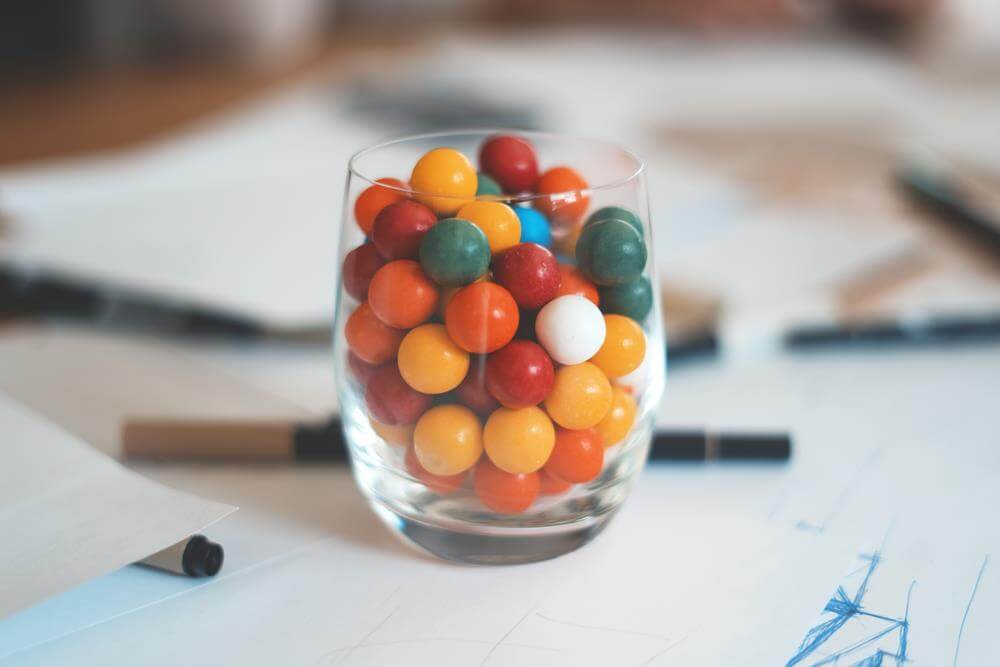 Research suggests that chewing gum could have some small but beneficial cognitive benefits. In the following article, you will learn about these benefits, and about how you can take advantage of them.

The cognitive benefits of chewing gum

There is a large number of studies on the topic of the cognitive benefits of gum chewing, which are summarized in a review of the effects of gum-chewing on factors such as stress and alertness. The review found a variety of mixed results:

Overall, the review concludes that chewing gum may have some beneficial cognitive effects. These effects most likely consist of increasing short-term alertness and improving reaction times, while potentially also reducing long-term and chronic stress.

As such, while gum-chewing shouldn’t be treated as a magical solution to anxiety, it can be considered a small psychological trick, which can help you concentrate better, and potentially also alleviate some anxiety.

Testing whether chewing gum helps you

The greatest advantages of gum as a minor cognitive enhancer are that it is cheap to buy, easy to use, and safe to consume. Essentially, even though it generally won’t be as powerful as stronger substances, it offers a simple way to get an improvement in your performance.

Since the cost of trying it out is so low, it’s worth experimenting for yourself, and checking whether chewing gum works for you. Furthermore, even if chewing gum doesn’t help by itself, the placebo effect could be beneficial. Essentially, this means that if you believe that chewing gum will help you be calmer and more alert, there’s a good chance that it will, even if you know that it’s just a placebo.