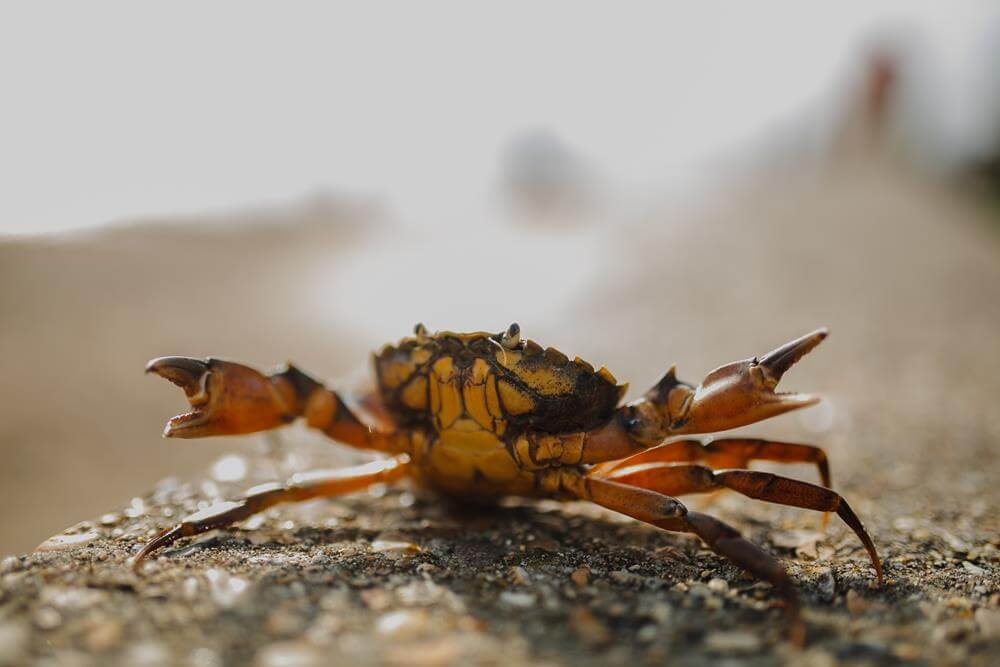 Crab mentality is a phenomenon where people react negatively, in terms of their thoughts, statements, or actions, to those who get ahead of them, even though they don’t expect there to be direct benefits to doing so. For example, crab mentality can cause someone to discourage or sabotage their friend who is starting to do well at school, simply because they’re bitter about struggling with their own studies.

The name of this phenomenon comes from a story about crabs in a bucket, who fail to escape because they keep pulling back any crab who manages to get to the top.

Crab mentality can strongly influence people’s thoughts, statements, and actions in a variety of situations, so it’s important to understand it. As such, in the following article you will learn more about crab mentality, understand what you can do to deal with it, and see how you can avoid having it yourself.

One example of crab mentality is someone who spreads malicious rumors in their workplace about a coworker who is up for a promotion, even though they don’t benefit from spreading these rumors.

Another example of crab mentality appears in a study that examined students’ behavior in situations where crab mentality is an accepted norm. Specifically, the researchers found that when students expect to be bullied for having higher-than-average achievement in school, they are more likely to do badly on exams, likely to ensure that their grades won’t stand out. Accordingly, when the student rankings were made private, which made it more difficult to discover what grade each student got, the students’ exam performance improved.

In addition, other examples of crab mentality exist in various domains. For example:

Finally, the following is another example of crab mentality, which illustrates the story behind the name of this phenomenon:

“She reached down and picked a crab out of a bucket. As it came up it turned out that three more were hanging on to it.

‘Oh, that’s crabs for you,’ said Verity, disentangling the ones who had hitched a ride. ‘Thick as planks, the lot of them. That’s why you can keep them in a bucket without a lid. Any that tries to get out gets pulled back. Yes, as thick as planks.’”

The dangers of crab mentality

Why people have crab mentality

People’s crab mentality can be attributed to various causes.

In addition, in some cases, crab mentality is associated with various cognitive biases and other forms of irrationality. This includes, for example, the zero-sum bias, which causes people to mistakenly view certain situations as being zero-sum, meaning that they incorrectly believe that someone else’s gains will come at the expense of their loss. This bias can play a role, for instance, when someone assumes that another person’s progress comes at the expense of their own achievements, even though that’s not the case.

Similarly, another bias that can lead people to have a crab mentality is the bandwagon effect, which is a bias that causes people to think or act in a certain way, because they believe that others are doing the same. This bias can, for instance, lead to the spread of crab mentality spreads among a social group, such as a group of friends at school or a group of coworkers at a workplace, when people start displaying this mentality because they see others doing the same.

Finally, note that crab mentality doesn’t apply to behavior that’s driven primarily by strategic considerations, meaning that it doesn’t apply in cases where the person who displays it expects to directly benefit from it. For example, if your colleague is being considered for a promotion, spreading malicious rumors about them because you’re bitter that you’re not being considered for the promotion does constitute crab mentality, whereas spreading rumors because you think that it will improve your chances of getting the promotion does not.

Overall, people can have crab mentality for various reasons, such as because they’re trying to feel better about themselves, because they view other people’s progress as coming at their own expense, or because they see others displaying the same kind of mentality.

How to tell if someone has crab mentality

It’s useful to be able to tell whether someone—including you—has crab mentality.

The main sign of crab mentality is that someone often tries to discourage or sabotage others, in cases where there are no direct benefits to doing so.

In addition, other signs that someone might have crab mentality include the following:

How to avoid crab mentality

The first step to avoiding a crab mentality is to recognize the fact that you’re displaying it, or that you’re about to do so. You can do this by going over the common signs of crab mentality, but the main key thing to consider is whether your thoughts, statements, or actions involve discouraging or sabotaging someone for no good reason.

Once you realize that you have crab mentality, you should try to resolve the underlying issues that are causing you to display it in the first place. For example, if your issue is that you suffer from the zero-sum bias, which means that you tend to assume that other people’s accomplishments necessarily detract from your own, you can try to slow down and consider whether this is actually the case.

Furthermore, you can try to promote positive patterns of thinking that can help avoid this mentality. For example, instead of obsessing over what others are doing and achieving, you can try to focus on your own goals and progress.

Similarly, you can try to look for the positive aspects of other people’s accomplishments. For example, if you see someone achieve something that you also want to achieve, then instead of being bitter about it and trying to diminish their accomplishment, you can try to see what kind of lessons you can learn from them when it comes to your own journey.

However, in some cases, it might not be possible to modify your mindset directly, in which case you should focus on modifying your actions instead. For example, if someone close to you has accomplished something substantial that you also wanted to do, you might not manage to be truly happy for them. But, even if you can’t successfully modify your mindset, you can still modify your actions, and act happy for that person, or at least avoid bringing them down.

When it comes to this, one useful tool that you can use to avoid displaying crab mentality is the golden rule, which is a moral principle that denotes that you should treat others the same way you would like to be treated yourself. In the context of crab mentality, using the golden rule could lead you, for instance, to ask yourself “how would I want others to treat me if I had accomplished this?”, and to then act accordingly.

Overall, to avoid crab mentality, you should recognize that this is an issue for you, and then address the underlying issues that cause you to experience it, and potentially also modify your mindset in other ways, such as by focusing on lessons that you can learn from other people’s accomplishment. Furthermore, in cases where you can’t avoid this mentality, you can still avoid letting it control your actions, for example by making sure to avoid making unnecessary disparaging comments.

How to deal with crab mentality in others

You can try to change their mindset and behavior directly, using similar techniques as you would use to avoid crab mentality in yourself. This includes, for example, helping them see that a certain situation isn’t zero-sum like they assumed, or teaching them about the golden rule and asking them to apply it. Furthermore, you can also do things such as call them out on their behavior, or explain why their mindset is problematic for themself and for others.

In cases where you can’t change people’s mindset and behavior directly, you can focus on your own mindset and actions instead, in a way that reduces the impact that their crab mentality has on you. For example, you can:

Some of these techniques can also help reduce people’s crab mentality over time.

Finally, in some cases, the best long-term solution is to simply distance yourself from people who display crab mentality. This isn’t always an option, for example if your colleagues are the ones displaying crab mentality and changing jobs isn’t currently an option, but it is something that you can do in some cases, such as when it comes to your circle of friends.

Overall, to deal with crab mentality in others, you can either try to reduce this mentality directly, by using similar methods as you would use to avoid crab mentality in yourself, or you can focus on your own mindset and actions instead, for example by realizing that people’s crab mentality is driven primarily by their own issues, rather than by anything that you did.

There are some concepts that are closely associated with crab mentality, such as:

Crab mentality is often described as being particularly characteristic of certain cultures, and especially Philippine culture. In this context, it’s sometimes also referred to using similar terms, that are based on the Filipino Tagalog language, such as kanya-kanya syndrome, talangka [crab] mentality, isip talangka [thinking like a crab], and utak talangka [crab brain].

However, the fact that this phenomenon is often discussed in the context of Philippine culture does not mean that Filipinos are the only ones that display this behavior, or that they display it more frequently or to a greater degree than others.

Furthermore, this term and similar ones have often been used to describe members of other cultures. As one book on the topic states:

“Hawaiians are said to be afflicted with a psychological disorder known as the ‘‘Alamihi Syndrome.’ An ‘alamihi is a common black crab that lives among the rocks along Hawaiian shores. Crab catchers trap them in nets, and then dump them into buckets until the time comes to take them home for cooking. Critics of uncooperative Hawaiians love to compare them with the ‘alamihi, which always manage to pull down the ones who are trying to climb up and over the sides of a bucket. This analogy has been repeated so often that now it is a part of the standard lore about Hawaiians’ behavior to other Hawaiians. By now even Hawaiians themselves believe it.

Incidentally, the same analogy is used against the Maoris in New Zealand, against coastal Indians in Canada and the United States, Chamorros in Guam, and the natives of many another place.”

Furthermore, as one study states:

“…even if you call it talangka mentality, indigenizing the animal does not make the expression indigenous.”