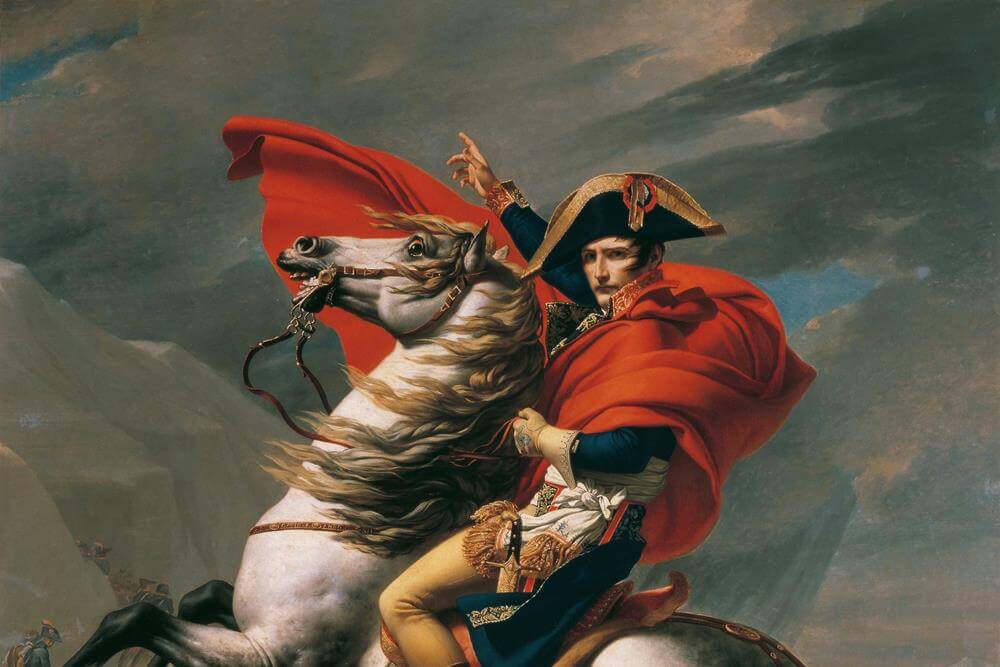 The Napoleon technique is a productivity technique that involves postponing dealing with something, if there is a good chance that it will get properly resolved without your immediate input.

For example, based on the Napoleon technique, you could decide to wait a day before replying to emails that ask for your advice on non-urgent issues, if you believe that by then the people who send the emails will likely figure out how to resolve those issues.

The Napoleon technique can be highly beneficial, but there are some considerations that you should take into account when using it. As such, in the following article you will learn more about this technique, and see how you can implement it yourself as effectively as possible.

History of the Napoleon technique

The origin of the Napoleon technique lies with the following story about Napoleon:

“It was a whimsical economy of the same kind which dictated [Napoleon’s] practice, when general in Italy, in regard to his burdensome correspondence. He directed Bourrienne to leave all letters unopened for three weeks, and then observed with satisfaction how large a part of the correspondence had thus disposed of itself and no longer required an answer.”

— From “Napoleon; or, the Man of the World”, by American philosopher and essayist Ralph Waldo Emerson, in his collection “Representative Men” (1850)

This, in turn, is based on the following story from the memoirs of Napoleon:

“During the time when the preliminaries of Leoben suspended military operations, Napoleon was not anxious to reply immediately to all letters. He took a fancy to do, not exactly as Cardinal Dubois did, when he threw into the fire the letters he had received, saying, ‘There! my correspondents are answered,’ but something of the same kind. To satisfy himself that people wrote too much, and lost, in trifling and useless answers, valuable time, he told me to open only the letters which came by extraordinary couriers, and to leave all the rest for three weeks in the basket.

At the end of that time it was unnecessary to reply to four-fifths of these communications. Some were themselves answers; some were acknowledgments of letters received; others contained requests for favours already granted, but of which intelligence had not been received. Many were filled with complaints respecting provisions, pay, or clothing, and orders had been issued upon all these points before the letters were written. Some generals demanded reinforcements, money, promotion, etc. By not opening their letters Bonaparte was spared the unpleasing office of refusing.

When the General-in-Chief compared the very small number of letters which it was necessary to answer with the large number which time alone had answered, he laughed heartily at his whimsical idea. Would not this mode of proceeding be preferable to that of causing letters to be opened by any one who may be employed, and replying to them by a circular to which it is only necessary to attach a date?”

Examples of ways you can implement the Napoleon technique

As we saw so far, one way you can implement the Napoleon technique is by waiting before responding to non-urgent requests for help, with the hope that by the time you do so, the related issues will have already been resolved.

However, there are many other ways you can implement the Napoleon technique.

For example, consider a situation where you encounter a minor technical issue on your computer. Here, instead of spending a lot of time handling the issue as soon as you encounter it, you can wait for a short period of time to see if it gets resolved automatically, or if it ends up being so trivial that it’s not worth spending your time and energy on.

Similarly, consider a situation where you manage a project, and someone points out something that could potentially become an issue later. Here, you might choose to wait until a later stage of the development before deciding whether to address this potential, if there’s no advantage to dealing with it early on, and there’s a high likelihood that it won’t matter later.

Why the Napoleon technique is beneficial

The main benefit of the Napoleon technique is that it allows you to conserve resources, such as your time and energy, by helping you filter out things that don’t truly require you to expend these resources.

Furthermore, there are additional potential benefits to the Napoleon technique, which depend on the particular circumstances where you implement it.

Note: the Napoleon technique can be helpful when it comes to avoiding premature optimization, which is the act of trying to make things more efficient at a stage when it is too early to do so.

When and where to implement the Napoleon technique

You can implement the Napoleon technique in any domain where you think it can be beneficial, such as in your workplace, in your studies, or in your personal life. When deciding whether to implement this technique, there are several things you should consider:

In practice, this means that the Napoleon technique is generally the best to implement when it comes to minor, non-urgent matters, where you can benefit from postponing things, while incurring relatively little risk. Furthermore, this technique is especially useful when it comes to routine tasks or issues, which you’re likely to encounter often over time, since you only have to decide whether and how to implement this technique once, and you can then continue to use it repeatedly in the long-term.

How to implement the Napoleon technique

Once you decide whether to implement the Napoleon technique, based on the guidelines outlined in the previous section, you can figure out how exactly to implement it, in order to maximize your benefits and minimize your risks. For example, when it comes to emails, you might find that delaying just 24 hours is long enough to allow most minor issues to resolve themselves, which benefits you greatly, but is also short enough to prevent serious issues from blowing up, which reduces the risk of using this technique.

In addition, keep in mind that this technique doesn’t have to be “all or nothing”, meaning that you can decide how to implement it based on any criteria you want. For example, if you decide to use this technique when it comes to emails, that doesn’t mean that you have to wait before replying to all emails. Rather, you can choose to delay only when it comes to emails from certain people, or you can choose to let people know that if they absolutely require an immediate response then they should include “URGENT” in the subject line. Similarly, you might decide to avoid replying to all unimportant emails that you get, unless you receive a follow-up request for your input.

When implementing the Napoleon technique, there are a few common pitfalls that you should watch out for:

To avoid these pitfalls, you should conduct a proper analysis before deciding whether to implement the Napoleon technique, and if so then where, when, and how.

Note: when implementing the Napoleon technique effectively, you can often benefit from setting clear deadlines for yourself, in a way that reduces the likelihood that you will postpone things unnecessarily. For example, when it comes to responding to emails, you might decide to set a clear deadline of three days to respond to emails, to avoid a situation where you end up never replying to important emails.