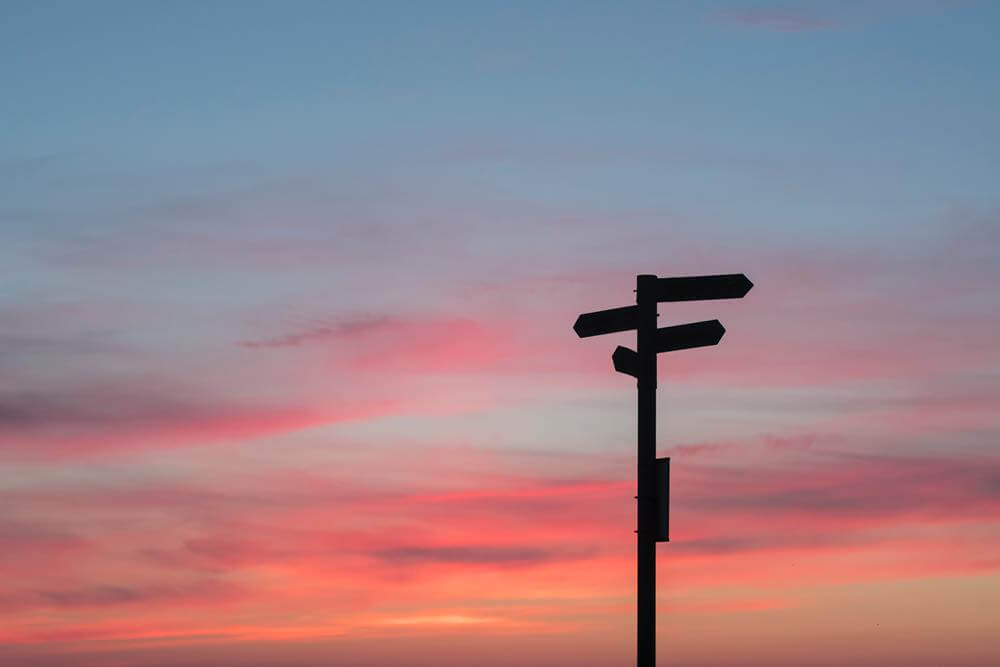 Making decisions is often hard, and making good decisions quickly is even harder.

Why it’s hard to make decisions

The main reason why making decisions can be hard is that each decision requires us to undergo a decision-making process that is often difficult and complex, and struggling with any steps in it can interfere with the entire process. Accordingly, people often struggle to complete the decision-making process, and even when they manage to complete it, it’s often in a way that’s either slow or faulty.

Specifically, to make good decisions, we generally need to do the following, whether we’re aware of it or not:

In addition, the decision-making process often involves additional factors that hinder our ability to choose. A notable example of this is the emotional difficulty that we experience when we need to choose only one of several possible options, which means that we have to forego several alternatives that we may find appealing.

This is associated with the concept of FOMO (the fear of missing out), which is a mindset where someone feels anxious about the possibility that they’ll miss out on rewarding experiences or opportunities. This is particularly an issue in cases where people are fearful of future regret, and try hard to make a decision in a way that will allow them to avoid it entirely, even if that’s not possible.

Accordingly, the decision-making process can be inherently demanding, from a cognitive and an emotional perspective. In addition, the act of making a decision is tiring in itself, since it depletes the cognitive resources that we use to exert self-control, which makes it even more difficult for us to make further decisions, at least until we’ve had an opportunity to mentally recharge, a phenomenon known as decision fatigue. Accordingly, the number of times we’ve had to make a decision recently, and the difficulty of making those decisions, can make future decisions harder to make.

Together with the other difficulties involved, this means that the act of making a decision is often perceived as unpleasant, which can cause us to procrastinate and avoid doing it at all.

Finally, there are some additional factors that can make it more difficult for us to make decisions, such as uncertainty and natural indecisiveness. The next two sub-sections explain these phenomena in more detail.

Overall, the main reason why making decisions can be hard, especially if we want to make good decisions quickly, is that we often need to undergo a decision-making process that’s difficult and complex, and struggling with any step in it can interfere with the entire process. Furthermore, there are many additional factors that make it difficult for us to make decisions, such as the fear of missing out, the desire to minimize regret, and the general cognitive demands of the decision-making process.

Note: being unable to make a decision is a phenomenon that’s often referred to as analysis paralysis or choice paralysis.

Factors that make it harder to choose

“The existence of multiple alternatives makes it easy for us to imagine alternatives that don’t exist—alternatives that combine the attractive features of the ones that do exist. And to the extent that we engage our imaginations in this way, we will be even less satisfied with the alternative we end up choosing. So… a greater variety of choices actually makes us feel worse.”

— From “The Paradox of Choice” by Barry Schwartz

Though decision-making can be hard in general, certain factors can make it harder for us to choose. These include, most notably, the following:

There is a lot of variation at play when it comes to these factors. For example, one person might be much more willing to accept uncertainty than another, or they might be more willing to accept uncertainty in one area of their life. This variability itself depends on a variety of factors, such as a person’s past experiences with making important decisions, which can influence things such as their self-confidence.

Furthermore, this variability can be partly attributed to the differences in how people perceive these factors. For example, when two similar people are faced with similar levels of uncertainty for a decision, one of them might significantly overestimate the seriousness of that uncertainty, which can cause them to struggle with making a decision.

However, note that people can be indecisive even when none of these issues are at play. For example, someone might be indecisive when it comes to making a simple choice between two available designs, even if there is no uncertainty involved, and even if the consequences of that decision aren’t meaningful.

Overall, common factors that make it harder to make decisions are complexity, uncertainty, and serious consequences, in addition to other factors, such as lack of self-confidence. However, there is substantial variability with regard to the influence of these factors, and people can be indecisive even when none of these factors are at play.

Note: when it comes to how the number of available options influences decision-making, an important concept is Hick’s law, which suggests that there is often a linear increase in decision time based on the logarithm of the number of alternatives.

Although most people struggle sometimes when it comes to making decisions, some people are inherently more indecisive than others. Indecisive people can struggle even with tiny decisions to a degree that is sometimes pathological, and this can be an issue for them either in general or in specific areas of life.

Certain personality traits are characteristic of indecisive individuals. Most notably, neuroticism, which is the tendency to be is prone to negative emotions and psychological stress, is strongly correlated with indecisiveness, as is perfectionism. In addition, indecisiveness is associated with the tendency to interpret ambiguous situations as threatening, and to engage in worst-case reasoning.

Sometimes people’s problem isn’t that they struggle to make decisions in a timely manner, but rather that when they do make decisions, they tend to make bad ones. The main reason why people make bad decisions is that it can be difficult to conduct a proper decision-making process, and so people often end up using a flawed process instead.

Issues can arise in any step of the decision-making process. For example, when it comes to gathering information in a situation where we need to choose between several different colleges that we can go to, we might fail to properly collect all the relevant information that we need about each college, because doing so takes a lot of effort.

Similarly, being tired and sleep-deprived can make it more difficult for us to process information, and more likely for us to suffer from various cognitive biases that get in the way of making good decisions.  For example, there is the confirmation bias, which causes us to search for, favor, interpret, and recall information in a way that confirms our preexisting beliefs. This bias can, for instance, cause us to ignore warning signs about a potential job, because we want to believe that it will be good for us. As one book on the topic states:

“Confirmation bias is probably the single biggest problem in business, because even the most sophisticated people get it wrong. People go out and they’re collecting the data, and they don’t realize they’re cooking the books.”

— From “Decisive: How to Make Better Choices in Life and Work” by Chip Heath and Dan Heath (attributed in the book to Dan Lovallo)

Overall, the main reason we make bad decisions is that it can be difficult to conduct a proper decision-making process, and so we often end up using a flawed process instead. In addition, various things can interfere with our decision-making, including emotions, exhaustion, and cognitive biases.

Intuition often plays a significant role in the decision-making process, where it can either lead us to make bad decisions or help us make good ones. For example, when it comes to leading us to make bad decisions, relying on intuition can mean that we don’t consider relevant information, even though it’s important that we do so. On the other hand, when it comes to helping us make good decisions, intuition can help us deal with large amounts of information quickly, in situations where we would struggle to do the same using our analytical reasoning.

As such, when it comes to your decision-making, using your intuition is not inherently good or bad. Rather, whether it hurts or helps you depends on various factors, such as the circumstances at hand and the way you use your intuition. This means that while you should be willing to use your intuition where necessary, you should assess the situation first, and make sure that using intuition is the best option for you, and that when you do use it, you do so in a proper manner.

Note: because decision-making can deplete the cognitive resources that we need to make further decisions, and because using your intuition is generally less effortful than using analytical reasoning, the act of making decisions can lead us to rely more on our intuition until we’ve had a chance to recharge mentally.

For example, when it comes to making a decision about whether to end a romantic relationship, you should certainly take into account emotional considerations, such as how you feel about the other person, since this is a crucial consideration. However, you should not let your feelings for that person cause you to conduct an improper decision-making process, for instance by causing you to ignore serious negative things that this person did to you.

How to get better at making decisions

More explanations of these techniques, together with other relevant information such as answers to common questions about decision-making, appear in the associated guide on how to make decisions.

People can be indecisive in different ways, and one study on the topic draws a distinction between two notable types of indecisiveness:

Indecision, in particular, is considered normal, and can be expected when it comes to certain decisions, such as which job to take, though it can nevertheless be beneficial to learn how to deal with it.

Note: other terms, such as vacillation and dithering, are sometimes used to refer to various forms of indecisiveness and indecision.

“…it is possible to underline irrational belief (as for example, belief that there is a unique possibility of right choice, belief that once a decision is made it cannot be changed), anxiety, fragile self esteem, lack of information. Adaptive decisional styles are favored by better capacity for problem solving and searching for information, high self‐esteem and positive self‐concept, high ability to manage emotions connected to decision‐making process.”