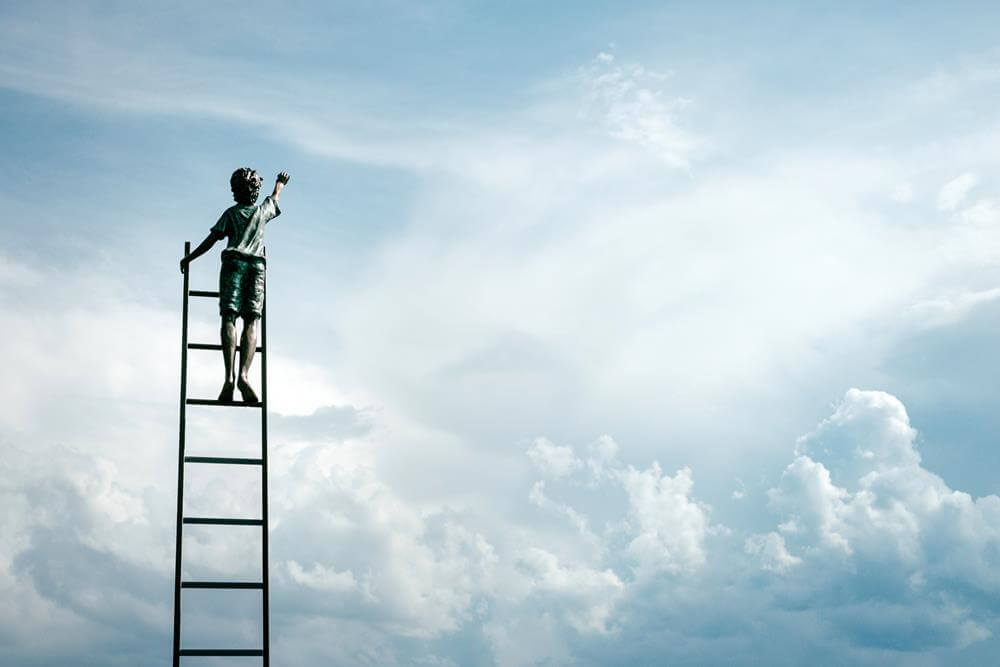 The Gish gallop is a rhetorical technique that involves overwhelming your opponent with as many arguments as possible, with no regard for the accuracy, validity, or relevance of those arguments. For example, a person using the Gish gallop might attempt to support their stance by bringing up, in rapid succession, a large number of vague claims, anecdotal statements, misinterpreted facts, and irrelevant comments.

The Gish gallop is also known as argument by verbosity, proof by verbosity, and shotgun argumentation. It was given the name “Gish gallop” by Professor Eugenie Scott—then the executive director of the National Center for Science Education—who used it to describe the common format of debates with Duane Gish, a Young-Earth creationist, stating that “the creationist is allowed to run on for 45 minutes or an hour, spewing forth torrents of error that the evolutionist hasn’t a prayer of refuting in the format of a debate”.

The Gish gallop is widely used in debates on various topics, so it’s important to understand it. As such, in the following article you will learn more about this rhetorical technique, and see how you can respond to those who use it.

A classic example of a Gish gallop is a proponent of some pseudoscience, who, during the course of a debate with a scientific expert, bombards the expert with multiple weak arguments, and switches to a new argument each time the expert appears to successfully refute one of them.

Another example of a Gish gallop is a politician who, upon being accused of misconduct, launches into a stream of unrelated and misleading statements in an attempt to give the appearance of directly refuting the accusations.

In addition, examples of Gish gallops also appear in less formal contexts. For example, someone who wants to support some unfounded stance on social media might use a Gish gallop, by posting a huge list of irrelevant sources that they didn’t actually read. Similarly, someone who is rightfully accused by their partner of acting in an inappropriate manner might reply with a Gish gallop, by responding with a stream of weak arguments to justify their own behavior and shift the blame to someone else.

Examples of how the Gish gallop is used

Though the Gish gallop is used in the same basic manner in different contexts, the exact manner in which it is implemented can vary.

In live debates, for example, the person using the Gish gallop will usually just fire off numerous arguments rapidly, in an attempt to overwhelm their opponent, or in an attempt to “score” more points.

In online discussions, on the other hand, Gish gallopers often list a large number of sources that supposedly support their stance. In such cases, the person using the Gish gallop will usually just search for relevant keywords that apply to the discussion, and then list all the sources that they find, regardless of whether those sources actually support their stance.

For example, one social media user made a post in support of the idea that yoga can cure terminal cancer. In support of this argument, they listed various papers that contain relevant keywords on the topic, such as the paper “Yoga for Cancer Patients and Survivors“. However, a closer inspection of this paper shows that it suggests that yoga can lead to certain improvements in the physical and mental wellbeing of cancer patients, but it doesn’t actually propose that yoga is an effective cure for cancer.

The use of the Gish gallop in this manner often works to some degree, since many people won’t bother going over the list of sources in order to confirm that they support the stance proposed by the Gish galloper, and also since many people will just see the large list of sources and assumes that they’re valid and relevant. If the Gish galloper’s opponent wants to show that these sources fail to support the purported view, then they will usually have to spend time and effort going over a significant portion of them, which often takes much more work compared to just finding them.

Note: people who use Gish gallops often obscure the exact sources which they claim support their stance, in order to make it harder to refute their arguments. This is usually done by referring to the source in a vague way that makes it difficult to find, or by referencing a long work, such as a 20-page article or an hour-long video, without stating which part of the work supports their stance.

The following are specific examples of the kind of flawed arguments that Gish gallops generally consist of, based on the context of someone using a Gish gallop when arguing against global warming:

The Gish gallop and logical fallacies

The Gish gallop is generally considered to be a fallacious (i.e. misleading) rhetorical technique, rather than a logical fallacy, since it doesn’t represent a single and specific pattern of flawed reasoning.

Furthermore, the Gish gallop is strongly associated with a particular type of fallacious reasoning, and specifically with the assumption that just because a certain stance is backed by a large number of arguments, then that means that it is necessarily correct and preferable to stances supported by fewer arguments, regardless of the validity and relevance of those arguments.

However, note that just because someone has many arguments in support of their stance, that doesn’t necessarily mean that they’re engaging in a Gish gallop. The quality of those arguments, the reason why they were presented, and the way in which it was done, all matter when it comes to determining whether someone’s overall line of argumentation represents a fallacious Gish gallop or not.

Who uses Gish gallops and why

In addition, when implementing this technique, the Gish galloper can often use a prepared list of arguments, which are easy to fire off rapidly, without much thought. Furthermore, if the opponent of the Gish galloper manages to successfully refute one of these arguments, the Gish galloper will usually just counter this by saying “yes, but…” and move on to the next point on their list, in an attempt to wear their opponent down.

How to counter a Gish gallop

However, this doesn’t mean that there’s nothing you can do to successfully counter a Gish gallop. Rather, there are many techniques that you can to respond to Gish gallops, with varying degrees of success. These include the following:

Different techniques will work better in different circumstances, so it’s up to you to determine which one is best to use in your particular situation, based on factors such as who is using the Gish gallop, where they are using it, and what your goals are

In general, however, the most effective techniques tend to be the thematic rebuttal and the grouped-point rebuttal, which allow you to address your opponent’s arguments properly, while also taking away the main advantage that they gain from using many arguments as part of the Gish gallop.

In addition, regardless of which technique you end up choosing, you can generally benefit from also calling out the use of the Gish gallop explicitly, especially if you need to explain why you’re not providing a full, point-by-point rebuttal.

When doing this, you should explain how your opponent is using this debate technique and explain why it’s problematic, which is best accomplished by demonstrating how your opponent is using a large number of weak arguments in an attempt to overwhelm you. In particular, you will benefit from highlighting a few particularly weak arguments used by the Gish galloper, and showing how they are representative of your opponent’s overall stance.

Furthermore, another approach that you can choose to use is to focus on presenting the evidence in support of your own stance, rather than on refuting your opponent’s arguments. This can be beneficial, for example, if there’s an audience listening to the debate, who is capable of noticing the issues with the Gish galloper’s arguments, as well as the superiority of the evidence that you present.

Finally, keep in mind that you can also choose to disengage from the debate entirely, in response to the use of a Gish gallop. This can be the best option, for example, in cases where you have a one-on-one debate with a person who is well aware of their use of fallacious reasoning, and have no interest in what you have to say.

Note that, if you do choose to do this, it can sometimes be beneficial to explain why you’re choosing to disengage from the debate. This can be the case, for example, if the debate is taken place in front of an engaged audience.

Responding to arguments within a Gish gallop

Above, we saw the approaches that can be used to respond to a Gish gallop as a whole.

In addition, when responding to particular arguments within a Gish gallop, there are certain techniques that you can use to respond effectively to the flawed arguments that the Gish gallop consists of.

For example, when it comes to responding to generalized claims that are difficult to refute directly, you can ask your opponent to clarify their stance, by listing the specific evidence used to support their stance. This means, for instance, that if someone vaguely states that there is support for their stance in the scientific community, you can ask them to specify and quantify what exactly they mean by that.

Another technique that you can use in such cases, when responding to generalized claims, is to show that they contradict the scientific consensus on the topic, instead of trying to deal with the specific, and often unsubstantiated, claims that the Gish galloper has brought up.

Overall, Gish gallops can consist of many types of arguments, each of which is best countered by a range of different techniques. As such, the key thing to remember is that, when responding to a Gish gallop, what matters is not only finding the most effective approach for responding to the Gish gallop as a whole, but also making sure that your response to the individual arguments within the Gish gallop is as effective as possible.

Other considerations when countering a Gish gallop

In general, the strength of the Gish gallop technique lies in the fact that it frames the course of the debate, and creates a false appearance of credibility and control. Because this gives an inherent advantage to the Gish galloper, your best course of action is to avoid playing their game in the first place.

This means that, if possible, you shouldn’t let the other person establish this type of rhetoric. Instead, stop them as soon as they start firing off multiple invalid arguments, and start refuting those arguments immediately. However, note that this is not a viable option in some cases, such as in online discussions.

For example, if someone claims that the fact that it snowed a lot yesterday means that there is no global warming, you can ask them to explain their rationale, and why they believe that this counts as sufficient proof against climate change.

Since the arguments used in a Gish gallop are flawed, the Gish galloper will often struggle to properly justify them. This is further compounded by the fact that people using this technique often only have a superficial understanding of what they are saying, as they’re relying on a prepared list of arguments. Accordingly, doing this takes away the Gish galloper’s inherent advantage, and shifts the burden of proof back to them.