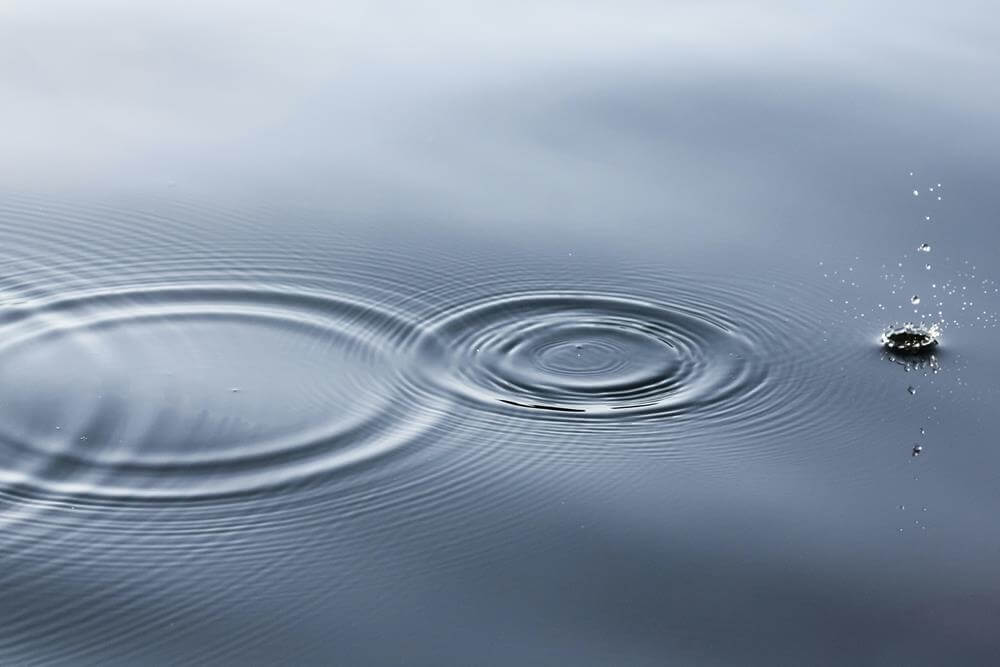 The post hoc fallacy (from the Latin post hoc ergo propter hoc, meaning “after this, therefore because of this”) is a logical fallacy that occurs when someone assumes that because one event occurred after another, then the second event must have been caused by the first.

For example, the post hoc fallacy occurs when someone assumes that orange juice can cure the flu, because they drank orange juice while they had the flu and then felt better a few days later.

The post hoc fallacy stands at the core of many fallacious arguments, so it’s important to understand it. As such, in the following article you will learn more about this fallacy, and see how you can respond to it effectively, as well as how you can avoid using it yourself.

An example of the post hoc ergo propter hoc fallacy is the claim that if the rooster crowed immediately before the sun rose, then that means that the rooster caused the sun to rise.

Additional examples of the post hoc fallacy appear in various fields, such as science, medicine, psychology, economics, business, law, and politics. For instance:

Furthermore, the post hoc fallacy can lead people to engage in superstitious thinking (also referred to as magical thinking), where they assume that coincidences and unrelated events are connected in a causal way, particularly as a result of supernatural influence. For example, a sports fan sitting at home might notice that their favorite team did well whenever the fan drank lemonade, which can cause the fan to believe that them drinking lemonade at home helps their team do well in the field.

Here, the post hoc fallacy can be further combined with a fallacy called denying the antecedent, which occurs when someone mistakenly assumes that if “if A, then B” is true, then “if not A, then not B” must also be true. For example:

Similarly, the post hoc fallacy can be combined with a fallacy called affirming the consequent, which occurs when someone mistakenly assumes that if “if A, then B” is true, then “if not B, then not A” must also be true. For example:

The basic form of the post hoc ergo propter hoc fallacy can be described as follows:

A happened before B, therefore A caused B.

This is based on the false premise that if one event happens before another, then the first event must be the cause of the second. This premise is often implicit, meaning that people don’t state it outright, and are sometimes even unaware that they’re relying on it in their reasoning.

One reason why people use this kind of reasoning unintentionally is that, in general, event A needs to happen before event B in order to cause event B (though arguably there are some exceptions to this, such as when someone engages in event A in preparation of event B). However, just because this kind of chronological order (or temporal arrangement) is necessary for there to be a causal association between the two events, that doesn’t mean that there is necessarily such an association.

However, people can also use this fallacy intentionally, even when they’re aware of the fallacious reasoning that it involves. This can happen, for example, when people want to convince the audience in a debate of something. In such cases, the person who’s using the fallacy might combine it with other rhetorical techniques in order to hide its use, including, for example, equivocation, circumlocution, and red herrings.

To respond to the post hoc ergo propter hoc fallacy, you first need to recognize that it was used. To determine whether this is the case, you should consider whether someone stated or implied that just because one event occurred before another, then the first event caused the second. When doing this, it can also help to consider the following, which will help you assess the situation:

Then, you can ask the other person to explain their reasoning, and potentially ask about the specific considerations that are outlined above. Doing this has several benefits. First, it helps you ensure that you’ve understood their argument properly, and consequently determine whether the argument was indeed fallacious. Second, if the original argument was fallacious but could be made logically sound if they modify it, this can prompt them to add relevant information or re-phrase their argument accordingly. Third, if the argument is indeed fallacious and cannot be made logically sound, asking the person who made it to explain their reasoning could help them see and internalize their error. Finally, asking the other person about their reasoning shows that you’re truly trying to understand them, which can lead to more productive dialogue and make them more willing to change their mind.

You can also directly point out the issue with their reasoning. To do this, you can explicitly outline the flawed premise that underlies their argument (“if A happened before B then A caused B”), and explain why it’s fallacious, potentially by using relevant examples to illustrate the issues with it.

When doing this, it may also be beneficial to explore other potential causal associations. For example, you could consider the possibility that the second event caused the third, that the two events were caused by a joint third event, or that the two events are unrelated.

Overall, to respond to the post hoc fallacy, you can ask the person who used it to elaborate on their reasoning, or you can explain to them why this type of reasoning is fallacious (potentially using relevant examples). When doing this, it helps to first assess their reasoning, and remember that even if an argument uses the post hoc fallacy, that doesn’t necessarily mean that the associated causal relation doesn’t exist.

To avoid using the post hoc ergo propter hoc fallacy, you should identify situations where you suggest that there’s a causal link between two events (i.e., that one caused the other), ask yourself what evidence you have for this, and make sure that you’re not arguing (even implicitly) that just because one event followed another, then the first event must have caused the second.

To help yourself do this, you can clearly outline your reasoning, in terms of the premises and conclusion of your argument, to determine whether you’ve argued that causality exists, and if so, then what evidence you’ve presented to support it. You can also explore the possibility that other causal relations exist, for example in the sense that two events in question were caused by a shared third event.

If you find that you’ve demonstrated the post hoc fallacy or that you’re about to do so, you can retract your argument, or you can modify it accordingly, for example by changing its phrasing to convey the uncertainty involved.

Overall, to avoid using the post hoc fallacy yourself, you should identify situations where you’re suggesting that there’s a causal link between two events, outline your reasoning while asking yourself what supporting evidence you have, and make sure that you’re not arguing (even implicitly) that just because one event followed another, then the first event must have caused the second.

A causal fallacy is a logical fallacy that occurs when someone incorrectly assumes the existence of causality (i.e., that one thing causes another), on the basis of flawed reasoning. This type of fallacy is sometimes referred to as the fallacy of false cause, faulty causation, questionable cause, and non causa pro causa (non-cause for the cause), though in some cases these names are used to refer to specific types of causal fallacies.

Furthermore, these fallacies sometimes occur in conjunction. For example, someone who uses the post hoc fallacy might simultaneously ignore a common cause between two events.

In addition, there are other fallacies that can be used to argue for causality in a fallacious manner. For example, people sometimes engage in fallacious cherry-picking, by ignoring or hiding information that contradicts the causal link that they proposed. Similarly, people sometimes focus on a cause that, while true, tells only a very limited part of the story. As one paper notes:

“… causal ‘talk’ is strongly linked to practical production and prevention. Thus, it can be true that [A] is genuinely a necessary condition of [B], yet, nonetheless, be a fallacy to conclude that [A] caused [B], where control of [A] is impractical, irrelevant, or impossible.”

One such concept is the adage that correlation does not imply causation, which denotes that just because two variables are correlated with one another, that doesn’t necessarily mean that one causes the other.

Another related concept is that of the cargo cult, which is described as follows:

“In the South Seas there is a Cargo Cult of people.  During the war they saw airplanes land with lots of good materials, and they want the same thing to happen now.  So they’ve arranged to make things like runways, to put fires along the sides of the runways, to make a wooden hut for a man to sit in, with two wooden pieces on his head like headphones and bars of bamboo sticking out like antennas—he’s the controller—and they wait for the airplanes to land.  They’re doing everything right.  The form is perfect.  It looks exactly the way it looked before.  But it doesn’t work.  No airplanes land.  So I call these things Cargo Cult Science, because they follow all the apparent precepts and forms of scientific investigation, but they’re missing something essential, because the planes don’t land.”

Finally, another related concept is called post hoc rationalization, which is described as follows:

“There is some empirical support for the following broad claim: most explicit practical reasoning and justifications we offer to others or ourselves are rationalizations, and we instead act on instincts, inclinations, stereotypes, emotions, neurobiology, habits, reactions, evolutionary pressures, unexamined principles, or justifications other than the ones we think we’re acting on. Then – and this is the crucial part of the claim – we tell a post hoc story to justify the actions that are better explained in these alternative ways. The challenge, then, is that explicit, conscious reasoning about what to do is very often post hoc rationalization.”

Origin of the fallacy

Mentions of the post hoc ergo propter hoc fallacy go back at least as far as Aristotle’s Rhetoric (written in the 4th century BCE), where he says the following:

Another line [of argument that is a Spurious Enthymeme] consists in representing as causes things which are not causes, on the ground that they happened along with or before the event in question. They assume that, because B happens after A, it happens because of A. Politicians are especially fond of taking this line. Thus Demades said that the policy of Demosthenes was the cause of all the mischief, ’for after it the war occurred’.”

— From “Rhetoric” by Aristotle, in Book II, Chapter 24 (as translated by W. Rhys Roberts)